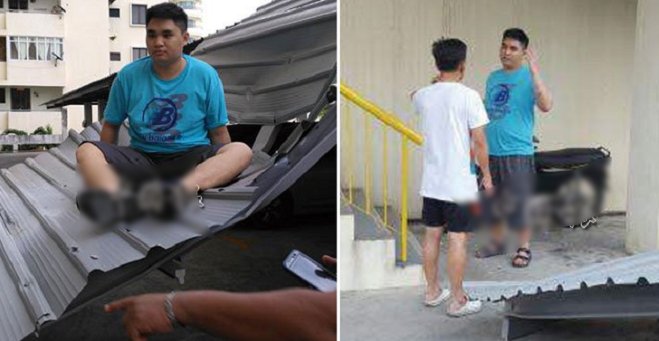 But for this guy, he not only fell from the 13th floor, he only sustained a few scratches on his arm! The guy who was in his twenties was visiting his relatives in Penang last week and stayed in their high rise apartment during his visit there.

The day before he was due to return to Kuala Lumpur, he somehow slipped and fell from the 13th floor of their apartment, much to the shock of his parents and relatives. 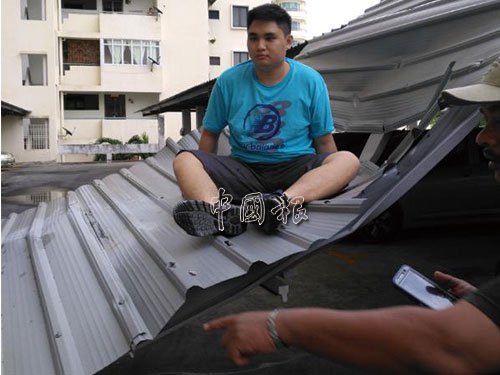 Miraculously, the man landed on the 3rd floor parking lot, completely safe and sound. Just as his parents rushed down to save him, they found the guy sitting on top of the iron shed of the owner’s parking lot, without a hair out of place. Man, is he lucky or what? Also a little unbelievable if you ask me! 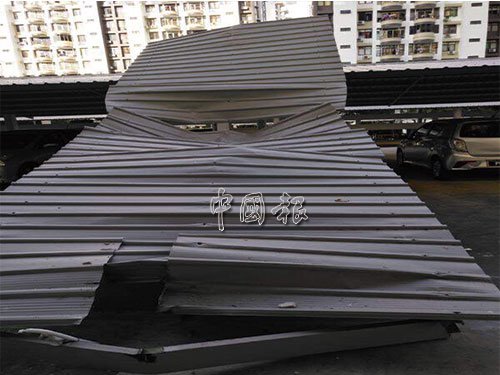 According to Chinapress, it is believed that the iron shed he landed on had broken his fall and ultimately saved his life. And the only injury he suffered was some scratches on his arm, which was caused by the ruined shed. 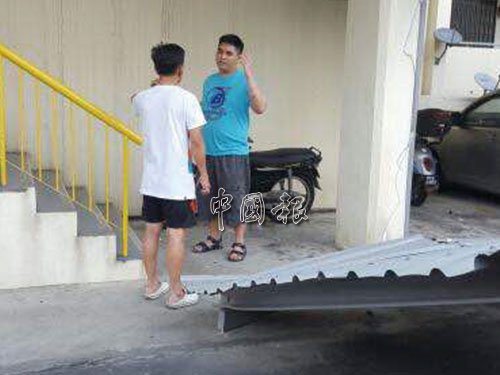 If I were that guy, I would immediately head out to buy lottery numbers and who knows he may strike it rich! 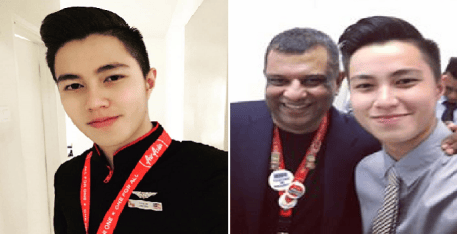