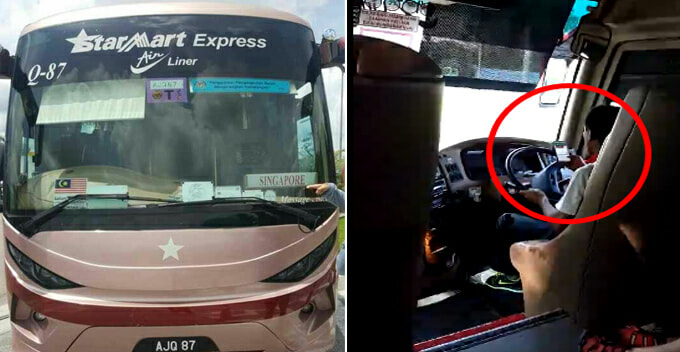 Using the phone while driving is a terrible action. Worse still, when the driver behind the wheel is responsible for the lives of many.

A netizen recently posted to social media several pictures and a video which instantly infuriated many. The video shows a bus driver ‘playing with his smartphone’ while driving. The post went viral with over 3,500 shares as of this time of writing.

Based on the information posted, the bus belonged to a company called Starmart Express. 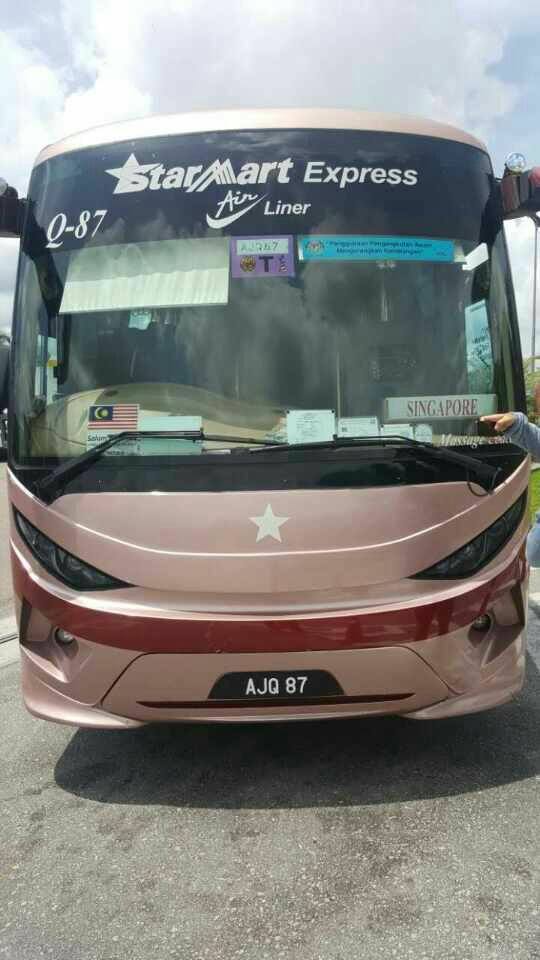 The bus departed from Kuala Lumpur at 10am on February 4 and was en-route to Singapore.

Apparently, the driver was caught using his smartphone while driving the bus. Excuse me, irresponsible much?! 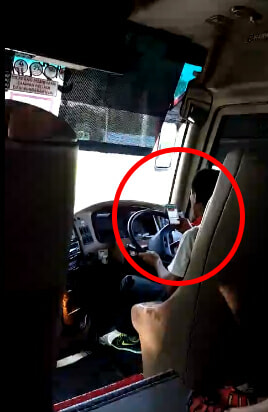 He even turned a deaf ear to passengers who advised him against using his phone.

Passengers on the bus should’ve ganged up on this dangerous man!

Netizens were furious as the driver was risking all the passengers’ lives on-board when he’s using his phone.

“What an idiot! We should report this to JPJ!” said a netizen.

“I’ve encountered similar situation, but mine was a little bit different. The driver was busy eating kuaci,” added another netizen.

If you think that ‘Starmart Express’ sounds familiar, there’s a very ‘good reason’ behind it.

Just 2 months ago, there were horrifying reports from passengers who were bitten by bed bugs onboard the bus! And it happened twice! 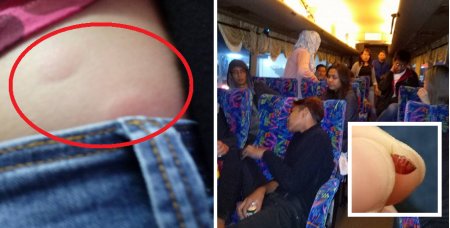