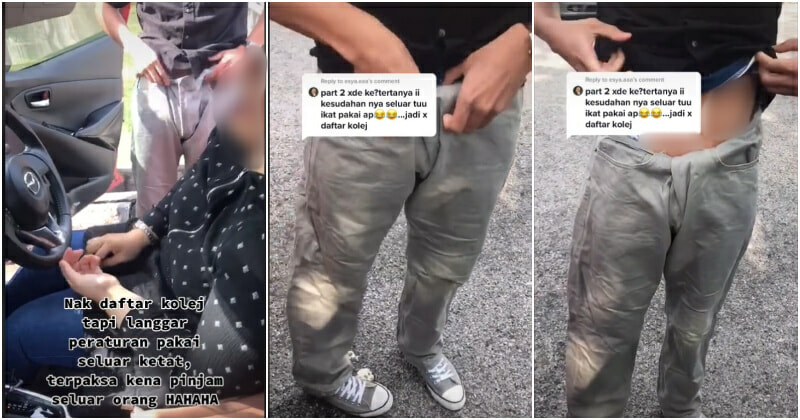 There are always dress code guidelines for all residential colleges in all institutes for higher education in Malaysia. But at times, with the current trend of clothing such as skinny jeans and all, you just don’t know what’s acceptable and what’s not anymore. 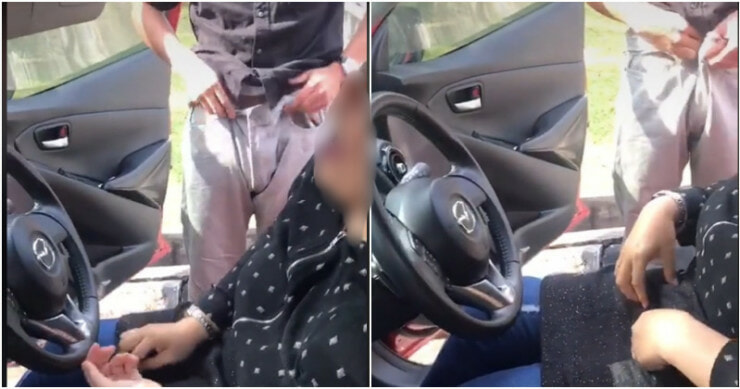 One such incident happened to TikTok user @ArifKhidin who innocently wore a pair of pants that was a little too tight according to UiTM’s standards. So he had to borrow someone else’s pants which turned out to be size XL.

He uploaded a video to share his hilariously funny experience.

He had no choice but to wear pants sized XL

Arif had to hunt high and low for someone who would lend a pair of pants to him. AND he did in fact find a replacement pants but it was two sizes bigger. Arif had no choice but to wear it. Beggars can’t be choosers! It is not clear who did he borrow the pants from.

In the 24-second video, his sister can be seen laughing hysterically looking at her brother struggling to find ways to make the extra large pants fit him. He even resorted to tying the extra material around his waist area.

We are glad that they managed to find the humour in this. This video has since garnered 1m views and 48.4k likes.

Bigger pants wasn’t enough after all, he had one more task

Just when Arif thought he has found a solution to his trousers trouble, apparently wearing loose fitting pants wasn’t sufficient to look smart. He was told to tuck in his shirt into the pants. 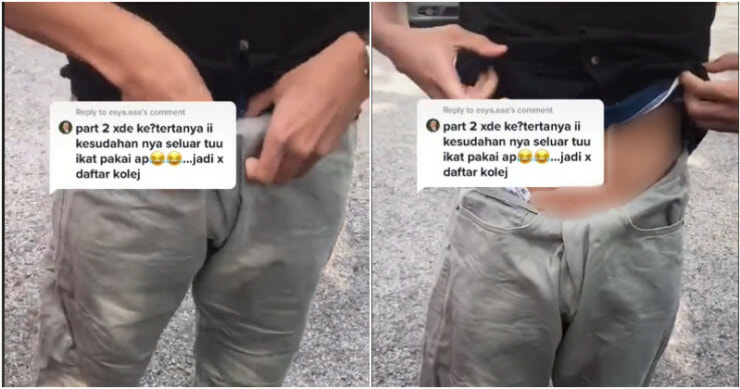 In his follow up video, his sister can be seen laughing uncontrollably again as her bother found it impossible to tuck in his shirt into the oversized pants. His sister can be heard saying that Arif looks like a hip-hopper.

This second video has garnered 10k views in 15 hours.

As much as we love how much we are able to laugh along with Arif and his sister, let this be a lesson to all youngsters out there to always dress smartly and not casually during your uni admission. 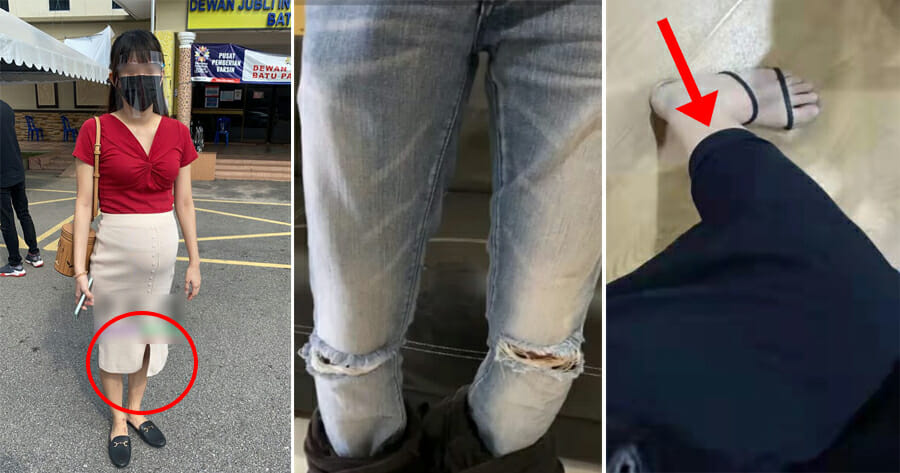