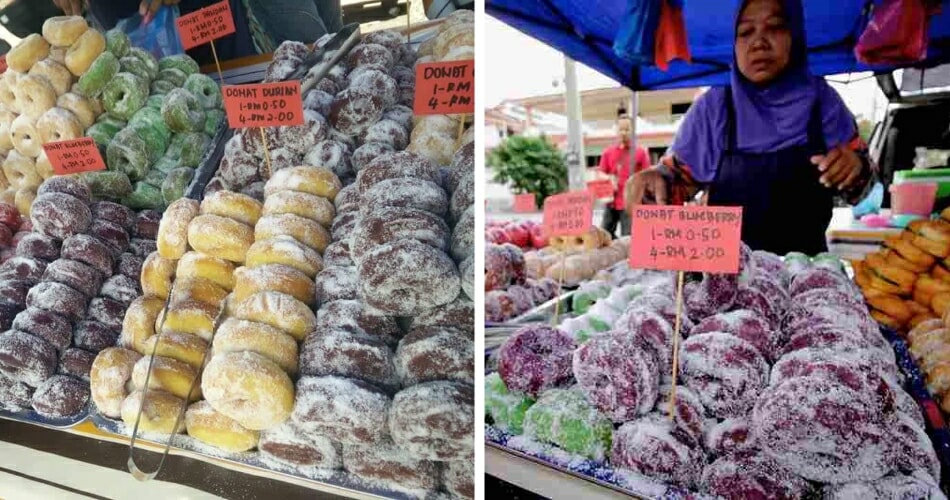 Being the food lovers that we are, it’s no surprise that the industry is constantly booming. Competition can get pretty intense to the point where people keeps innovating just to get our attention.

Das rait, even food needs a twist to get them selling like hot cakes, and one mak cik took the opportunity by giving the doughnut a colourful twist, literally.

Look at those colours!

For a mere 50 cents, you can enjoy one of these flavourful doughnuts when you stop by her stall in Kuala Kangsar. More than just being colourful, they also come in unique flavours. 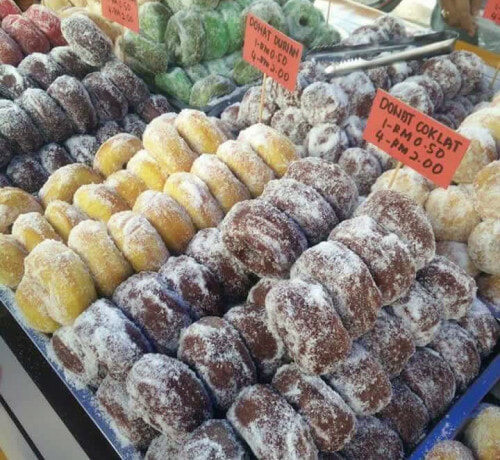 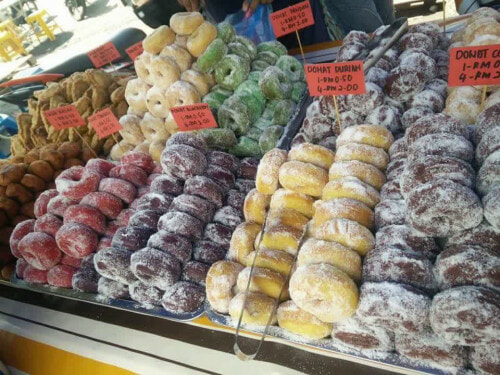 As reported by Majalah Review Malaysia, Nor Nafishah Ab Hamid and her husband, Mohn Izwan Mohamad Nazir initially conceived the idea of selling these doughnuts as a trial while pushing more on various experimental flavours for then popular cheesy banana fritters.

“I have been selling an assortment of kuih such as burger Malaysia, cucur badak, curry puffs, and cheesy banana fritters since two years ago, while these doughnuts were only recently introduced.”

“I was surprised by the turnout, to the point that some would even appear before my stall was opened for business. The doughnuts usually gets sold out between 4 to 5 pm, it would seem that they (the doughnuts) became viral as they were widely circulated on social media sites.”

“It was a blessing since then, I’ve been getting more customers and making quite a number of sales.”

With the help of her husband and 3 children, they sell about 600 doughnuts per day. Owing to the growing demand, she wanted to produce more but was unable to as she is the only one kneading and frying the doughnuts, even as early as 5 in the morning.

They look like oversized macaroons, if you ask me. But hey, it’s not like we eat fruity flavoured doughnuts every day, right? So give it a go when you happen to be in the area!