Body shaming is not only illegal but it’s also downright unethical. What right does one person have to comment on the physical appearance of another person? It doesn’t matter if you’re someone’s mother, father, sister, brother or partner if you have nothing nice to say about the person’s appearance, then don’t say anything?

When it’s not right for even your family to body shame you, then you should certainly not tolerate strangers on the internet. Hiding behind a veil of anonymity doesn’t grant you a free pass to give comments on another person’s body. Unfortunately, that’s what local YouTuber, Madeleine Ang or better known as okokokmou, had to face when she posted a series of pictures of herself at Pulau Redang, Terengganu.

There seems to be absolutely nothing wrong with the picture except that the actress looking mighty fierce with the magnificent view behind her. However, some netizens unable to keep their nasty comments to themselves chimed in with their unwarranted comments about the YouTuber’s “small breasts”. 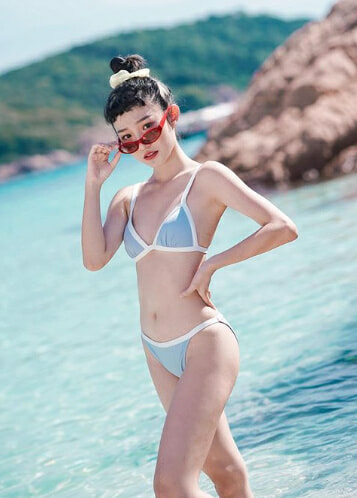 If you expected Madeleine to simply, ignore these comments, you’re wrong! In an Instagram story, she said that the comments don’t bother her and that she’s proud of her body.

“Not only I have small breasts, I’m also very short and not really good-looking but truth be told, I’m very proud of myself.”

She added that her unique style represents her personality and that at the end of the day, she’s happy with what she does. Madeleine reassured women around the world to not be affected by this type of negativity.

To those who felt the unnecessary need to make those comments on her post, we sincerely hope you found a better use of your time. In case you forgot, body shaming is a crime and punishments await those who do it. 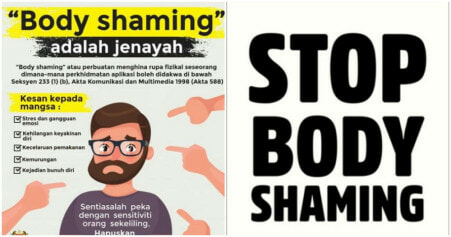