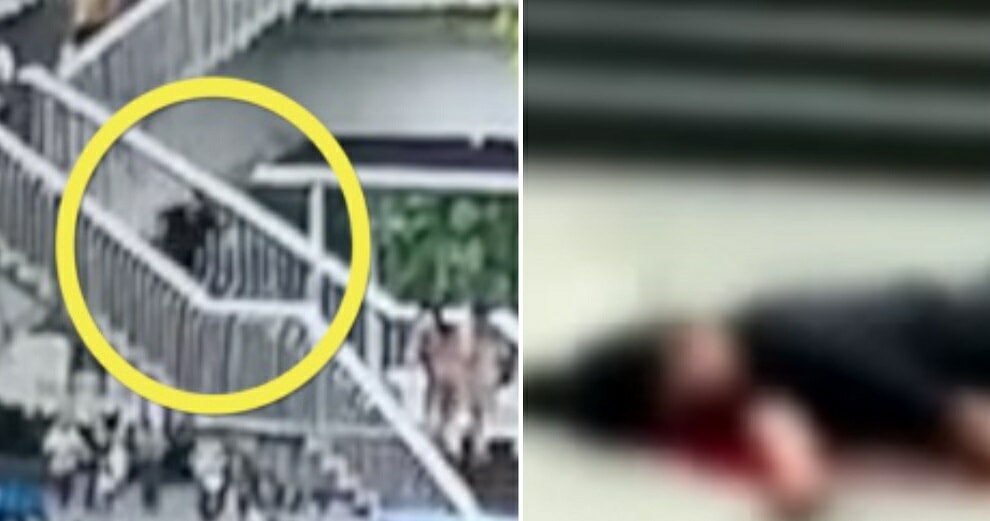 Since most of us are proud owners of smartphones and we just love to stay constantly connected with our friends and family, we are almost always looking at our phones. Don’t pretend you don’t do that!

If you’re the type that’s constantly glued to your phone especially while walking, then you should be careful because just last Thursday, a young woman was doing exactly that when she missed a step and tumbled down a flight of stairs to her death. 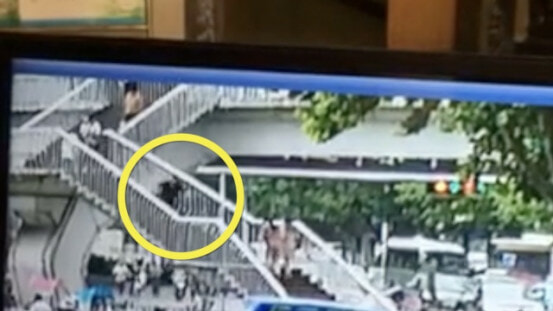 The incident happened at Suzhou, Anhui in China. The young lady had her head down as she was looking at her phone. She was going up the stairs on an overhead bridge when she reportedly missed a step.

This caused her to tumble down the stairs before landing hard on the pavement below.

CCTV footage of the incident shows the young lady landing on her head and lying motionless on the ground in a pool of blood. How horrifying!

According to Shanghaiist, it was reported that she had hit her head and slipped into a coma.

Paramedics rushed to the scene to take her to the hospital but she ultimately succumbed to her injuries and passed away not long after that.

This is not the first case of smartphone-related accidents, though. Previously in April, a two-year-old boy was run over by a car in Fujian, China as the driver was busy talking on his phone and did not notice the little boy. Luckily, the boy survived the accident.

We advise everyone to constantly remain vigilant no matter where you are. Don’t get so distracted by your smartphones because the consequences can be deadly! 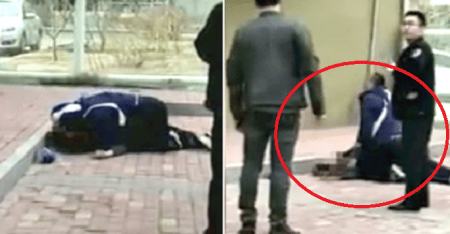