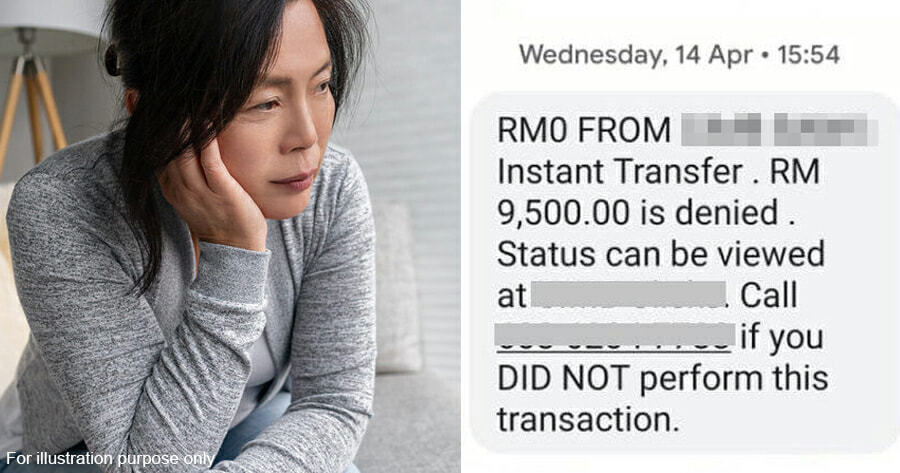 A 47-year-old woman lost RM18,000 after transferring RM20,000 from her fixed deposit to her savings account to pay for car repairs and insurance.

The victim surnamed Tang from Kuala Lumpur, told China Press that the incident happened on 14 April, but because she found out that several other people had experienced a similar problem, she decided to share her experience as well. 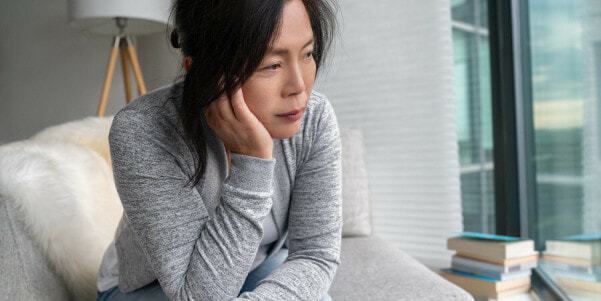 She said that on the day her money was stolen, she had received a call from a staff member of the the bank, stating that three transfers were made from her account and asked her to provide her IC number.

“I didn’t provide any information at the time because I wasn’t sure whether she was a real bank clerk, and the other party asked me to report the case straight to the police,” she said.

“Shortly after the call ended, my phone received a text messaged saying that a transfer had failed. After checking with the bank, it was true that RM18,000 had been transferred, so I rushed to report the case.”

Tang explained that two transfers had been made from her account but she did not receive any OTP (One Time Password). She then received a third text message saying that a transfer of RM9,500 was unsuccessful due to a daily transfer limit.

She said that the RM18,000 she had lost was her hard-earned money that she worked for over the years and couldn’t help but break down in tears while reporting the case to the police.

Tang added that she has since sent letters to the relevant banks and Bank Negara to file a complaint, and provided bank details of the recipient’s account, but the bank responded that they could not do anything about it.

She also said that she currently does not have a job and the money she lost cannot be recovered. 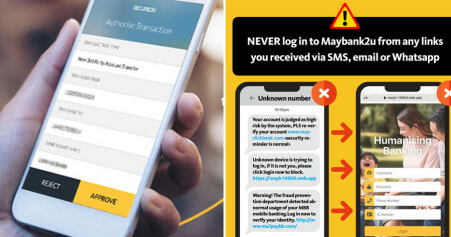