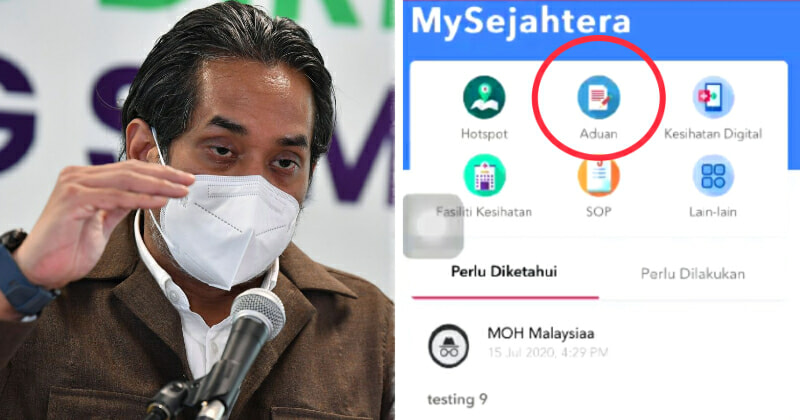 While this feature is definitely welcomed, let’s hope that it would not be misused to sabotage businesses!

Health Minister Khairy Jamaluddin yesterday shared via his Twitter account that the MySejahtera app would be adding a new ‘report’ feature in which users can be a good samaritan and notify authorities of premises that do not comply with Covid-19 standard operating procedures (SOPs). Replying to a tweet by a concerned citizen who asked whether there are any apps or platforms that the public can use to report premises that don’t check the vaccination status and risk levels of a patron, Khairy shared a screen recording of a new MySejahtera version currently in the works which allows users to report premises not adhering to SOPs.

Replying to the tweet, Khairy commented that he has asked MySejahtera to update the app slightly with the report feature and shared a 31-second screen recording video of it in action. In the video, the MySejahtera app can be seen to be slightly different from its current iteration with an ‘Aduan’ or report feature available in the middle of the first row on the app’s homepage.

When the ‘Aduan’ option is selected, it would bring about a 4-step reporting feature. The first step will ask users what they are intending to report with 4 selectable options present depending on the non-compliance of Covid-19 SOP that the user have witnessed, which includes: 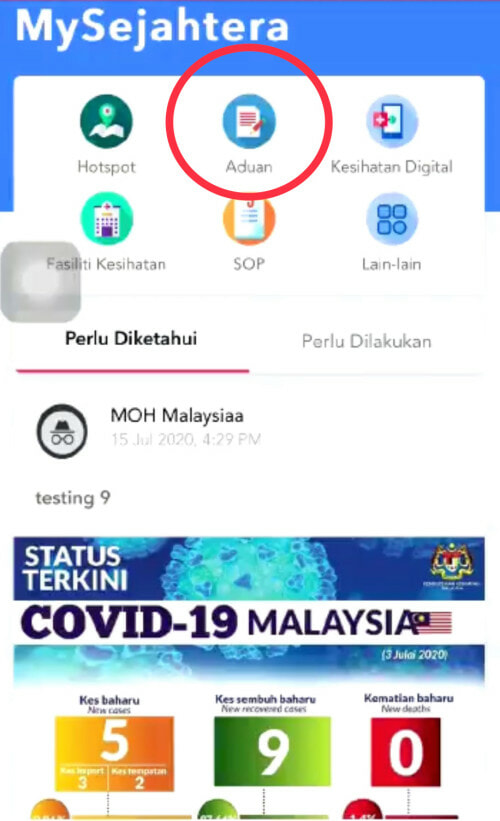 Next in step 2, MySejahtera will ask the user to key in the location in which the Covid-19 SOP breach has taken place. Meanwhile in step 3, users are asked to upload photos of the SOP breach whether through their phone’s gallery or by taking a photo through the MySejahtera app. Finally in step 4, a preview of the report is shown and users can submit the report or go back and edit the report.

However, the Health Minister has yet to announce when the update to MySejahtera with this new report feature would be added and said that the feature will not be exactly as what he has previewed in the video.

Meanwhile, replying to Khairy’s tweet, Health Director-General Tan Sri Noor Hisham urged the public to use the feature to report any Covid-19 SOPs breach that they encounter.

What do you guys think of this new feature that will be added to MySejahtera? Share your thoughts with us in the comments!

Also read: JPA: It Is Compulsory For Civil Servants To Be Fully Vaccinated Before 1 November 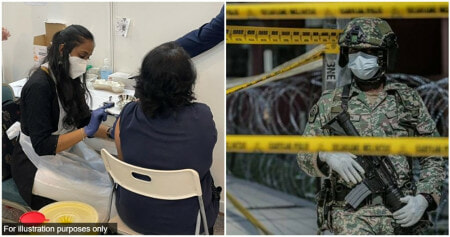