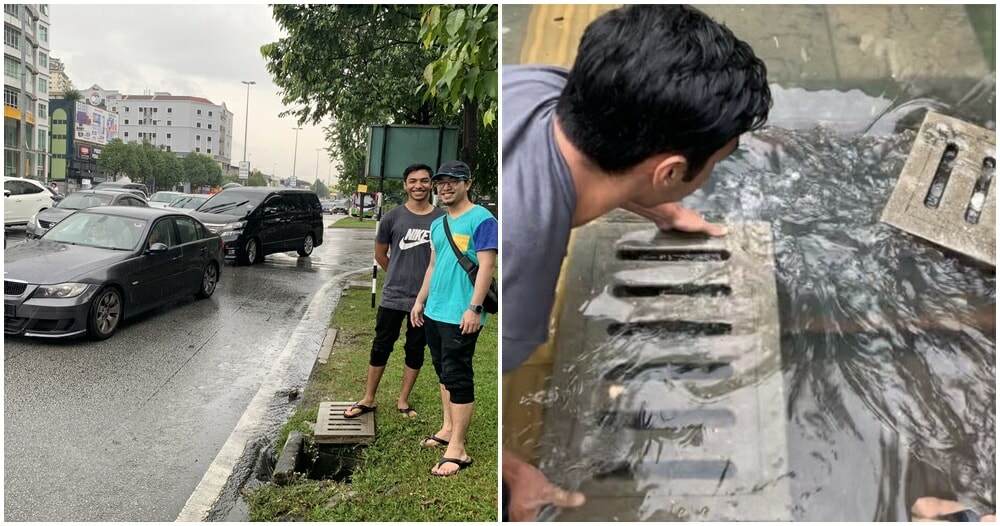 Recently, Klang Valley has been plagued by daily flash floods and this has led to even heavier traffic jams. Especially since these thunderstorms tend to make an appearance in the evening when rush hour traffic is at its worse.

Thankfully, in the face of tragedy, there remain few who rise up to the occasion to do what has to be done in order to help those in need. And over the long weekend, these Malaysians decided to do a good deed for some Klang Valley drivers by easing up the flood and traffic in Jalan Genting Klang with their quick thinking! 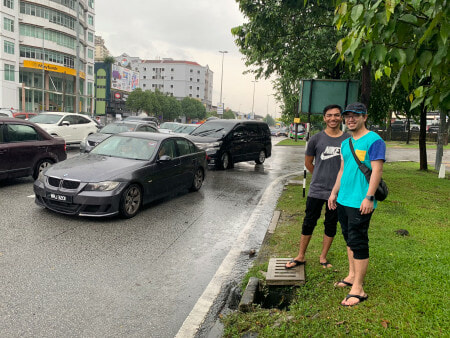 A Twitter user recently shared how her brother and husband came up with a smart solution to help those caught in these terrible road floods.

It takes a little common sense to save the world.

Banjir no moreee! So proud of you guys! Please share & leave a kind message for our unsung heroes 😍 pic.twitter.com/TyfQd1nNeg

Following @datininaz’s Twitter thread, the netizen said that the party of three were on their way to KL to attend to work business but were caught in a massive downpour of heavy rain during their journey there.

Hence, they decided to make a U-turn and use Jalan Genting Klang to get back to Wangsa Maju instead.

However, rainwater began to collect and started flooding the roads which led to them getting stuck in traffic. Deciding that they weren’t going to waste time in the unmoving jam, they took an exit nearby and parked their car next to the main road.

That’s when they noticed a storm drain alongside the road that was blocked by its cover. The water looked clean and clear so the netizen’s husband and brother began to wonder if removing the storm drain cover would ease up the floodwater that clogged the roads.

Since they weren’t the only drivers who were stalled by the rising water levels, they figured to might as well try and fix the issue in front of them.

They removed the cover of one storm drain and immediately water around them started rushing into the drain. Their plan worked! The Twitter user’s husband and brother then proceeded to do the same with all the other storm drains along the 100m stretch of road they were on.

Whilst the men got to work, the Twitter user stood by the uncovered drains to warn motorists and pedestrians to stay clear to prevent them from accidentally falling into the holes.

In just a few minutes, the entire road was drained of water and traffic proceeded smoothly!

And rest assured, the team of unsung heroes covered the drains again once the roads were clear. 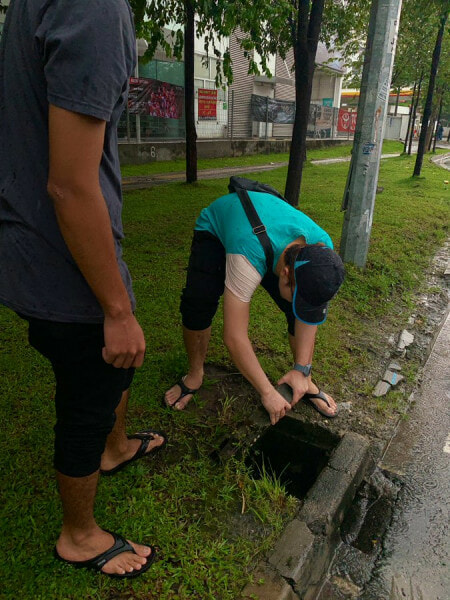 According to the Twitter user, many road users rolled down their windows to thank the trio for their smart thinking and kind actions. Netizens too began showering the group with praise once the story made its rounds online.

Kudos to Datin and her team! You guys really saved these road citizens from the hassle of these troubling floods. May we all learn a lesson or two from them 🙂 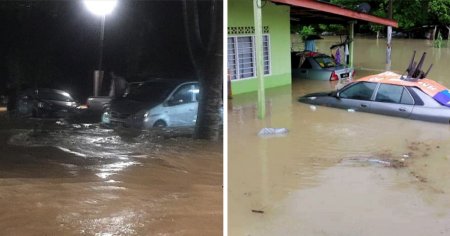