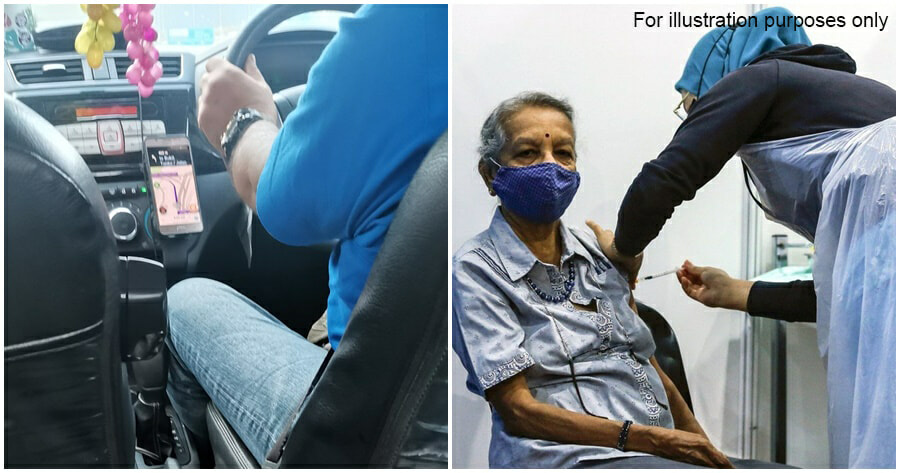 With all the commotion surrounding the opening of the AstraZeneca vaccines to the public this afternoon, it would seem as though everyone wants to register for a chance to get vaccinated. However, that isn’t always the case, especially when it comes to elderly groups. For instance, in Kelantan, nearly 10,000 people, most of whom were the elderly aged 60 and above, failed to show up for their Phase 2 vaccination appointments yesterday (25 May).

A Twitter user who wishes to be referred to as @Dafrosty took to Twitter to share a conversation he had with an elderly Grab driver who drove him to his vaccination appointment.

Grab driver not aware of AZ vaccine program. Wrote the url on paper for him to find out more. Separated from wife, so his kids aren't around to help with this. Vaccine hesitant but the talk helped n he's interested. 60, taking diabetes meds. #CucukMYAZ pic.twitter.com/ZxXDAoBLIR

“He wasn’t aware of the AZ vaccination programme. Wrote the URL on paper for him to find out more. He’s separated from his wife and his kids aren’t around to help him with this. He was vaccine-hesitant but the talk helped and he’s interested. He’s 60, taking medication for diabetes,” said the user.

Speaking with WORLD OF BUZZ, Dafrosty shared that the Grab driver was initially surprised when he told him that he was going for a vaccination appointment. “He was like eh you got it already? How did you get it? And that was how the conversation started.”

The Twitter user said he saw how a netizen had previously dealt with a similar situation by writing down the URL to the official vaccination website and did the same for his driver. “He said that he was not aware at all and that he no longer stays with his kids who would usually help him with tech stuff. I googled the website and wrote it down for him.”

“I’m scared of taking the vaccine”

As with many elderly people, Dafrosty said the man had his reservations about getting vaccinated due to the rumours he heard. However, as they continued to talk, the driver started becoming more open to the idea. “After passing the paper, I guess he felt more comfortable to ask further, so the talk went into typical WhatsApp anti-vax debunking for me.” 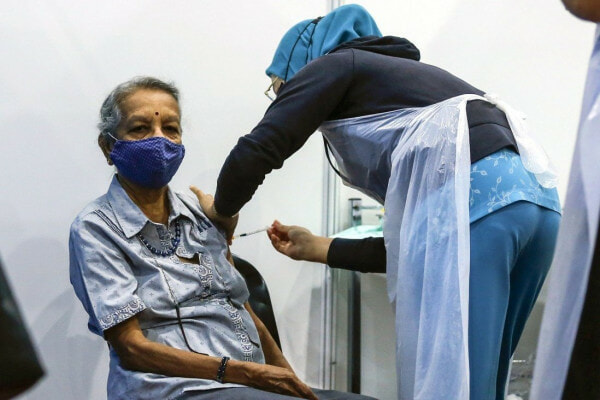 Some of the questions he asked included, “Is this virus airborne? What’s the use of face masks? Is the virus man-made? I’m scared of taking the vaccine, especially AZ because I heard about the blood clot.”

While Dafrosty said he’s no medical expert, he’s grateful that the driver seemed more enlightened after their talk. “I’m thankful he seemed genuinely relieved at some of my answers. He shared how despite being separated, he did hear about his wife and two kids getting Covid a few months back and he did worry about them. So I related that concern to how the virus can spread in the air and on surfaces if unsanitised.”

Nonetheless, the Twitter user shared that after he tweeted about the incident, other Grab drivers told him that Grab recently sent out multiple reminders for their drivers to register for the vaccination. He added that he talked to his Grab driver the following day and she said she was aware of these notifications and was vaccinated last week.

When asked what the rakyat can do to ensure their loved ones and strangers actually go for these vaccination appointments that were booked for them, he shared that “debating and berating a total stranger online is easy. But for loved ones, it is our duty as the more informed and with better access to information to do our own research to help answer their concerns.” 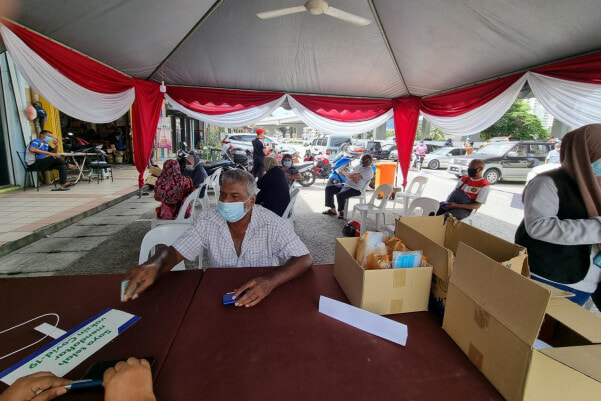 “If anything, focus on how the risk of not vaccinating is already proven to be way higher and well documented, while those who [are vaccinated] and did get infected would be less severe unless their preexisting chronic conditions worsen.”

Do any of your loved ones have appointments due that they’re hesitating to go for? Maybe it’s time to have an honest conversation with them too.

Also read: Nearly 10,000 People Did Not Show Up For Their Covid-19 Vaccine Appointments In Kelantan 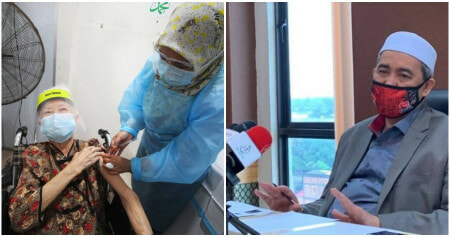