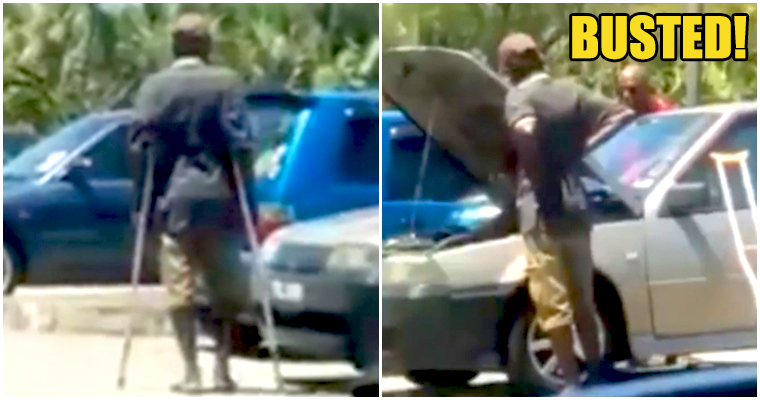 Before you bestow your judgment over all of the beggers that exist in this country, note that the unfortunate do exist. So if you have the intention to donate to the poor, go on ahead and do it, but do be skeptical of sob stories!

On the other hand, if you came across a scammer much like this guy over here. Turn him in, please. No one wants to stop another person from getting legitimate income or sustenance, but we need to stop those who are lying from defrauding any more innocent people.

Recently lawak.boring shared a video that they received from Samad Alpacino on Instagram. The video is only 1.51 minutes long but it was enough to anger netizens.

In the video, you can see a beggar, who is allegedly known to beg around Sunway Carnival Mall in Penang. According to lawak.boring, he would usually ask for RM5 and limp with walking sticks in both hands to gain sympathy from the passersby. His most common phrase would be, “Can you give me RM5? I haven’t had lunch yet.”

However, this video captures the real truth of the situation.

The audacity! He walked around just fine.

It’s understandable that people have fallen for his act as he takes the effort to look the part. He’s skinny, and he wore worn-out articles of clothing for maximum effect.

We have trust issues because of people like this!

“This is why I would only donate to Masjid’s moneybox.”

“This is why I sometimes don’t feel sorry for this kind of people.”

“This is why you can’t be quick to trust.”

Just hand him to the police.

“There’s the proof! You can report him now.”

“Report him to the police.”

At least this scammer has been exposed. There have to be more avenues where the public can directly aid the poor. We could at least help them.

Also read: 62yo S’wakian Man Brutally Slashed To DEATH By Beggar When He Refused To Give Him RM10 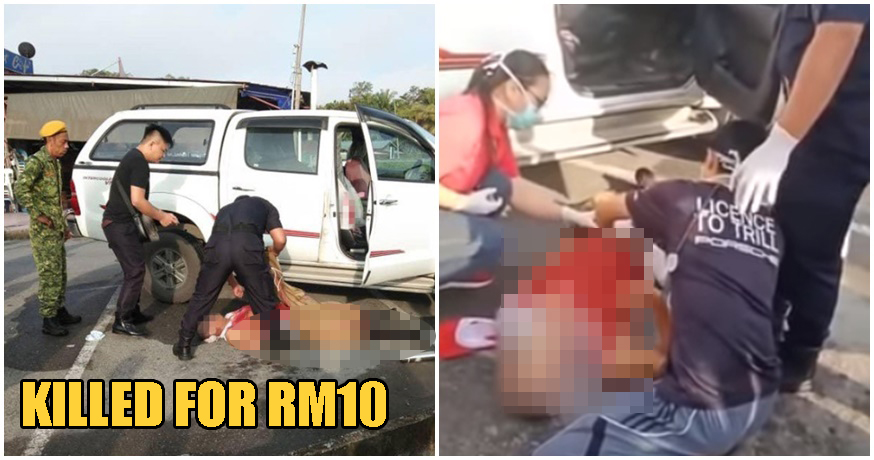