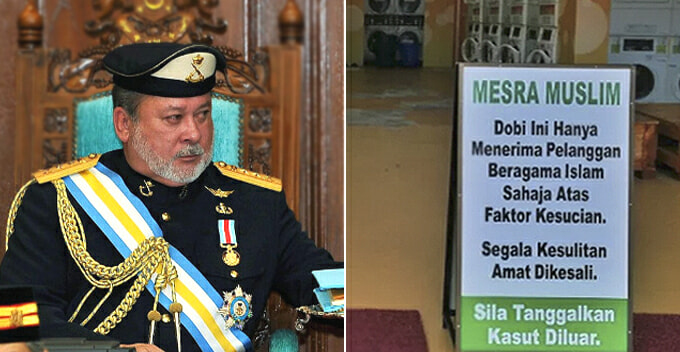 A launderette in Muar, Johor has recently created quite a buzz nationwide due to a sign saying that only Muslims are allowed to use the machines in the outlet. 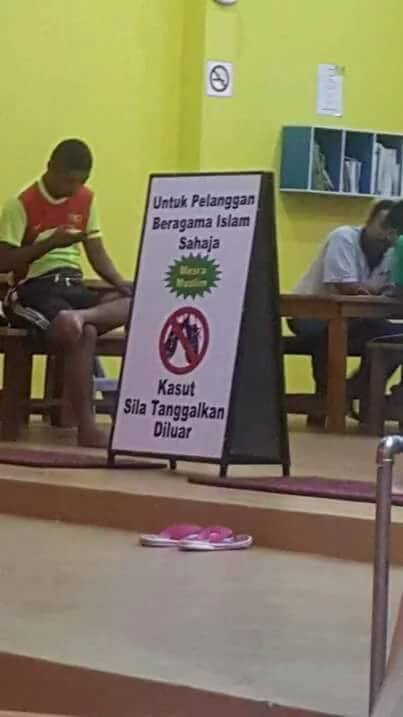 After this incident became viral on social media, the 40-year-old owner of the launderette stepped forward to clarify that he was just carrying out his duty as a good Muslim, and that the exclusivity was not racially motivated.

“For Muslims, it is not just about clean clothes but cleanliness as a whole. I am just providing an avenue for Muslims to do that,” he said.

Admittedly, not all Malaysians see eye to eye with the launderette owner, and this includes the Sultan of Johor, Sultan Ibrahim Ibni Almarhum Sultan Iskandar. 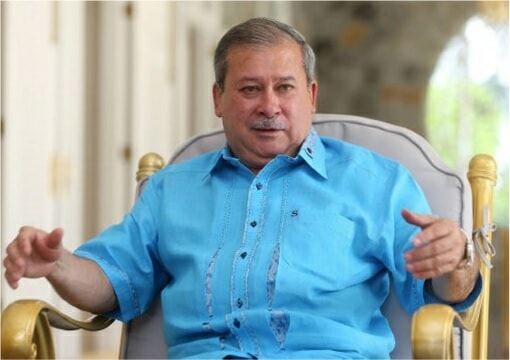 Here’s what His Majesty said.

“I cannot accept this nonsense. This is Johor, which belongs to Bangsa Johor and it belongs to all races and faiths. This is a progressive, modern and moderate state.

“This is not a Taliban state and as the Head of Islam in Johor, I find this action to be totally unacceptable as this is extremist in nature.”

The controversial Muslim-launderette has been ordered by the upset Sultan to immediately stop its discriminatory practice or risk being shut down.

Besides, His Majesty has ordered the state Islamic religious affairs committee, religious council and district council to look into the matter.

“I want the owner to apologise to me and the people of Johor. He has made Johoreans very angry and embarrassed because this is not the Johor we want.

“If he still insists on carrying on the Muslim-only practise, he can leave Johor. I suggest he set up (his own) shop in Afghanistan. His thinking is sick and goes against everything that Johor stands for.”

After the Muslim-only notice blew up on the internet, the owner quickly switched to a new sign saying “Muslim-friendly”. However, the Sultan of Johor wasn’t happy about it either. 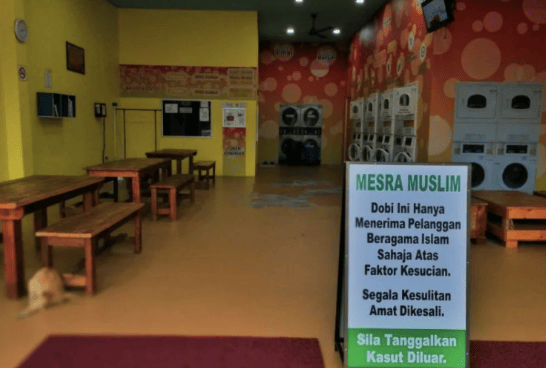 “Don’t try to be clever. It’s still the same. The owner needs to have his brains cleaned up. Extremism has no place in my state.”

In light of this issue, the Sultan was concerned over the rising religious extremism in the state. His Majesty also stressed that non-Muslims are welcome to visit all the mosques in Johor as long as they’re properly dressed.

“I wonder where this launderette owner washes his clothes when he is overseas? Is he saying only the clothes of Muslims are clean and those of non-Muslims are unclean? That’s what he meant, I believe.

To eradicate religious extremism in the state, the Sultan has directed all the councils to revoke any business operator who carries out such blatant discriminatory practices.

“Don’t mess around with your narrow-minded religious prejudices,” the Sultan said.

His Majesty had to speak up about this issue as he worried that if this was allowed to go unnoticed, “then next we will have taxis for only Muslims or non-Muslims.” Also, he did not want to see similar actions from other races.

We believe what the Sultan said is exactly what the people of Malaysia want – a moderate, progressive and harmonious country. Daulat Tuanku!

[Update] The launderette owner has just taken down the sign this morning after the Sultan spoke up. He will also personally apologise to His Majesty in due course.

Also read: Malaysians Outraged Over ‘Muslim Only’ Laundry, But Here’s What Johor Mufti Has to Say 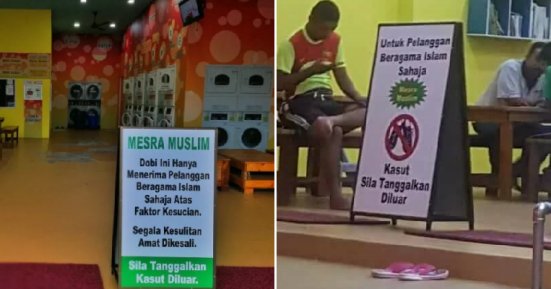