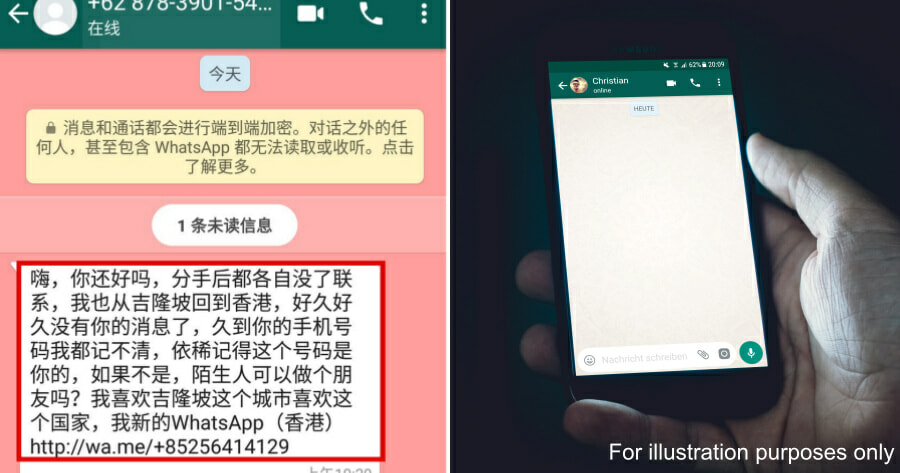 Nowadays, scammers are coming up with many new ways to trick people!

On 17 March, a woman named Annie Lam published a Facebook post attached with a screenshot of a conversation she had with a scammer to warn netizens about how someone tried to scam her by pretending to be her ex.

“Last time, he still called me and pretended to be close to me. And now he texted me saying how we haven’t contacted each other since breaking up. [They] always use these similar tricks.”

Annie also urged the netizens to be aware of these kinds of scam calls and texts. She added that the number that was attached to the message was a Hong Kong number. 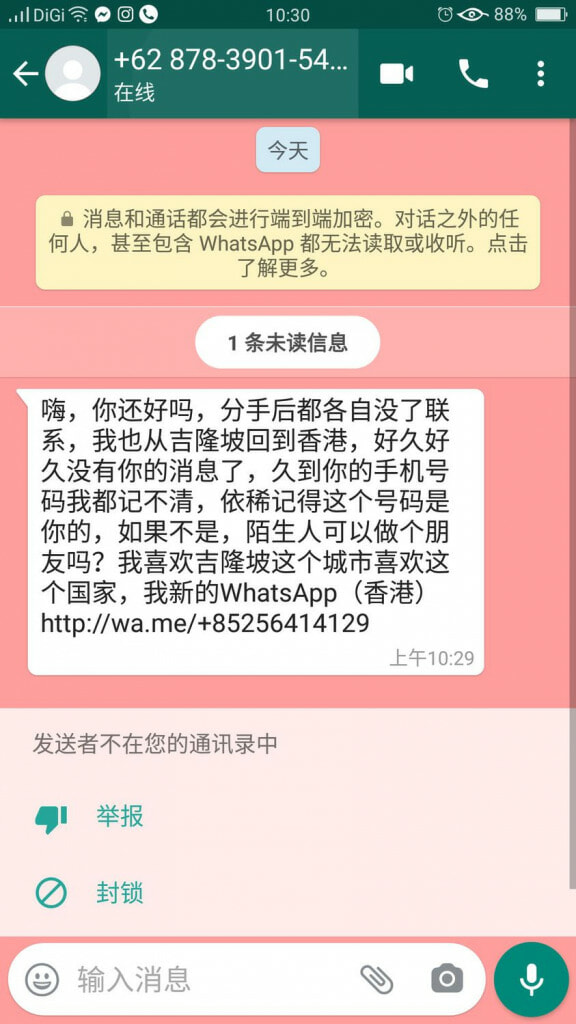 The message from the scammer went as followed:

“Hey, how are you recently? [It] has been a long time since we last contacted each other after breaking up. I just came back to Hong Kong from Kuala Lumpur, and I have not heard from you in a long time. [It’s been so long that] I can’t really recall your exact phone number.”

“I am not sure if this is your phone number. However, if it is not and if you’re a stranger to me, can we be friends? I love Kuala Lumpur and I love this country a lot as well.”

It was pretty obvious that this message was from a scammer as even the content of the message sounds suspicious and ridiculous. Unfortunately, Annie isn’t the only one who has been sent messages like these. Many netizens in the comments section also stated that they have been receiving the same texts.

Fellow netizens, please be careful and do not give out your personal information to strangers! Let us know if you have received similar messages in the comments section.

Also read: PDRM Warns That Scammers Are Disguising As Your Friends To Borrow Money on WhatsApp 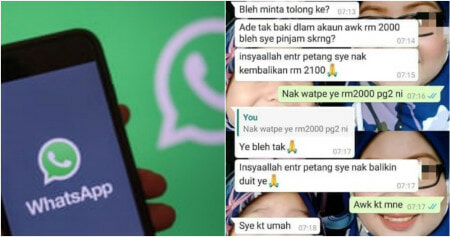