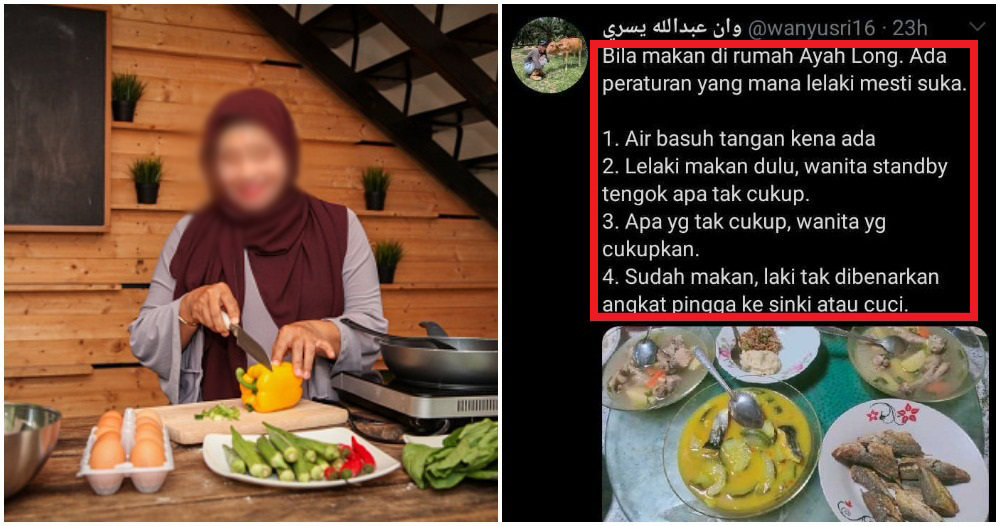 A Twitter user posted a thread on the “rules” a woman should follow based on what his uncle set which the Twitter user said, “all men” would love. His thread obviously did not sit well with netizens and they’ve all shown him what they actually think about his frankly sexist practices. 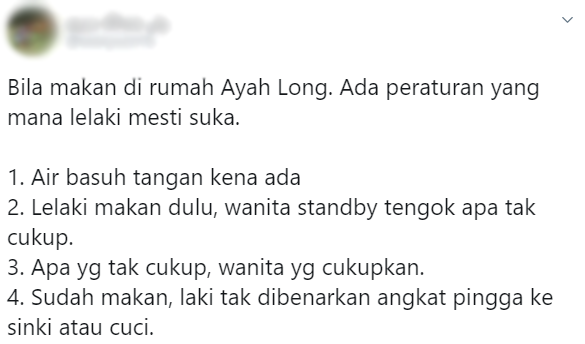 “When I’m eating at my uncle’s house, here are some rules that all men will definitely follow:

“I’ve gotten scolding many times from my uncle’s wife because I went to wash my plates after I ate. She said that a man’s only job is to eat. Cooking, serving and cleaning is the woman’s job. Looks like woman discrimination right? But this is the way of the people last time.”

“Even before the rice and drink finishes, my aunt will be ready to serve it all. She’s so attentive when the men are eating. Once the men are done, only then the women will eat and gossip among themselves. That’s what I observed.”

“Maybe this is what was meant by if you want to woo your husband, keep his stomach and his “below stomach” (sexual appetite) happy.”

However, there were also some who agreed with the thread and even said that those disagreed with these practices are too “woke” and “liberal”.

Sexist or just outdated? What do you think? Let us know in the comments section!

Also read: ‘Covid-19 is Like Your Wife’: Indonesian Minister Slammed Worldwide for His Sexist Claims 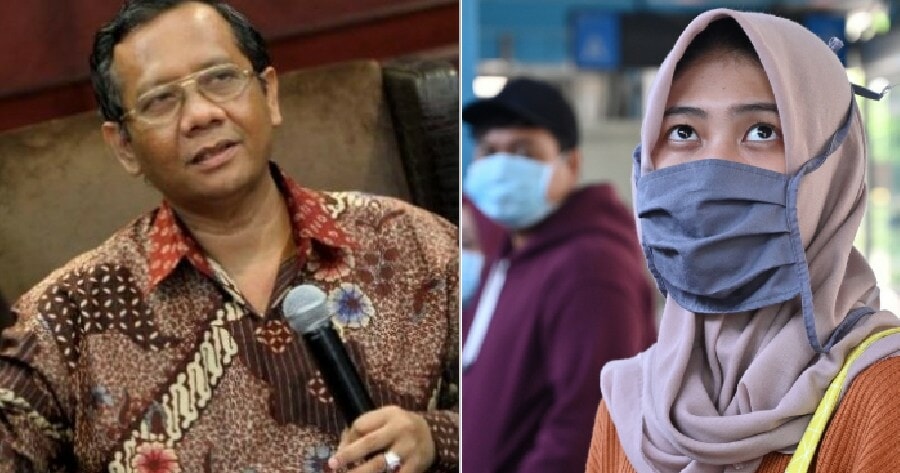