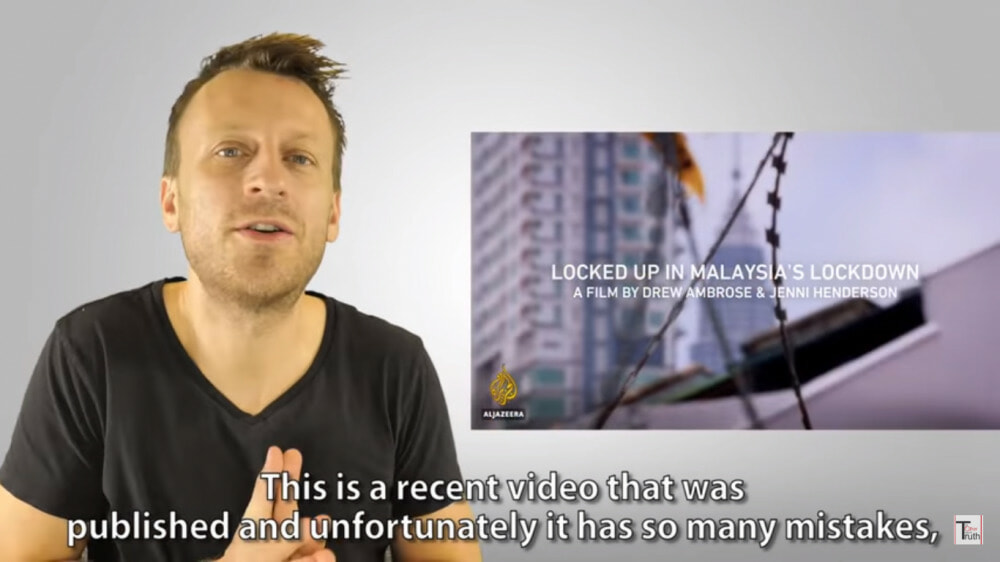 Recently, international dental surgeon and Youtuber, Dr Dustin Pfundheller, decided to speak out on the Al Jazeera controversy by releasing a video pointing out the Top 15 mistakes made on the network’s documentary. Dr Pfundheller is known for his videos that often only showcase Malaysia’s success in fighting Covid-19.

In the video, the Youtuber touched on many points. He primarily said that taking videos and footage of the police and military is illegal. “Throughout the entire world, you can’t be taking footage of police and military. In so many countries, that’s illegal.”He also made note of the fact that the Al Jazeera reporters deliberately wanted to film in fenced-off, high-risk areas with no protective gear in some occasions, “when you look at the video footage and realise that lots of times they weren’t wearing a mask.”

Dr Pfundheller added that Al Jazeera’s move of blocking all comments from their video shows how biased and misleading the documentary was, “You need to allow people to be able to point out when you don’t do things that are accurate or when you do things really biased. But if you don’t allow comments people can’t point those out.”

Ever since the Al Jazeera video was released, the reporters said they tried to request for interviews with the senior minister and government authorities on multiple occasions. However, Dr Pfundheller pointed out that our country’s leaders “probably didn’t have time to answer every single question you had because they’re busy fighting the disease.” 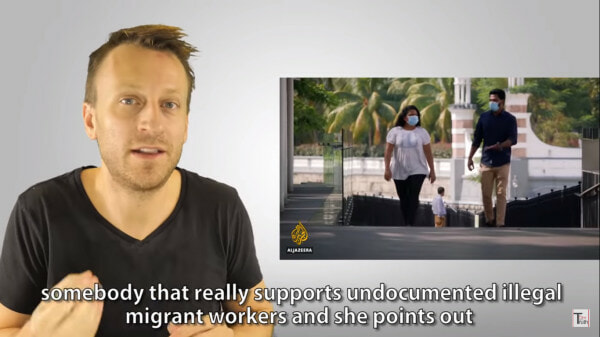 Al Jazeera was also criticised by the Youtuber for making military efforts to contain Covid-19 look like a bad thing. According to the Youtuber, “Covid-19 is a time where you need to be strict. You need to have a military-style lockdown because that’s the only thing that works. It worked in Taiwan, it worked in Hong Kong, it worked in China, it worked in South Korea and it also worked in Malaysia. In this video, you make it sound like a military-style lockdown is a bad thing. No, that is an amazingly good thing that the USA and many other countries have not done but look at the results.”

“Once you have a little bit of a military-style lockdown and save thousands of lives, I think most people would be in favour of that.” 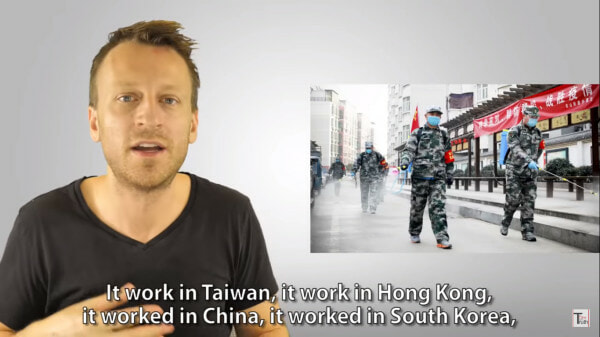 Dr dustin pfundheller explaining how military-style lockdowns were how most countries managed to contain the virus.

Lastly, Dr Pfundheller, had the opinion that Al Jazeera’s video was incredibly one-sided, as it never showed the good things that Malaysia accomplished in battling against Covid-19. “Malaysia is an incredible success story. They did such an amazing job. People from different backgrounds, famous and average citizens all came together for the good of Malaysia and I think that’s really important to talk about if you’re going to be talking about Covid-19 and that was completely ignored in the making of this video.”

The video has since garnered over 200,000 shares since it was posted yesterday (14th July), with netizens flooding the comment section thanking the international dental surgeon for showing the other side of the truth that wasn’t covered in Al Jazeera’s video. However, some have also questioned the biasedness shown in Dr Pfundheller’s videos as he only shows the positives of Malaysia’s fight against Covid-19. 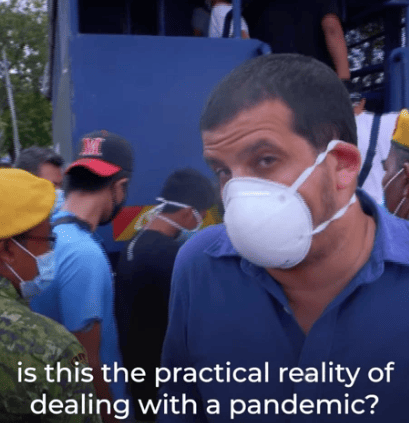 On 3 July, Middle-East centred media Al Jazeera, posted a documentary video regarding how Malaysia is handling the Covid-19 pandemic. The video brings into focus Malaysia’s alleged mistreatment towards foreign workers which has since received major backlash from many Malaysians for its biased and sensationalised reporting. If you haven’t read about that yet, you can do so here.

You can also watch Dr Pfundheller’s full video here and let us know what you think in the comments below.