For many newlyweds, the day of their wedding is surely one that is worth splurging any amount of money on to ensure that no detail is spared, and everything goes on perfectly. After all, for many people, having a ‘dream wedding’ is one of life’s ultimate chapters to write and look back upon when you’re older. 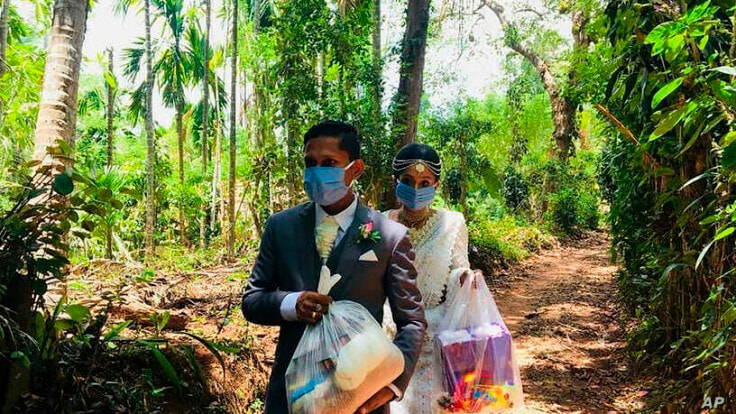 But for one newlywed couple in Sri Lanka who recently got married, they decided that in order to make their own wedding truly memorable, they would forgo all the traditional pomp and grandeur that is typically expected.

Instead, the couple decided to embark upon a heartwarming journey to help out their less fortunate neighbours who were affected by the Covid-19 pandemic. 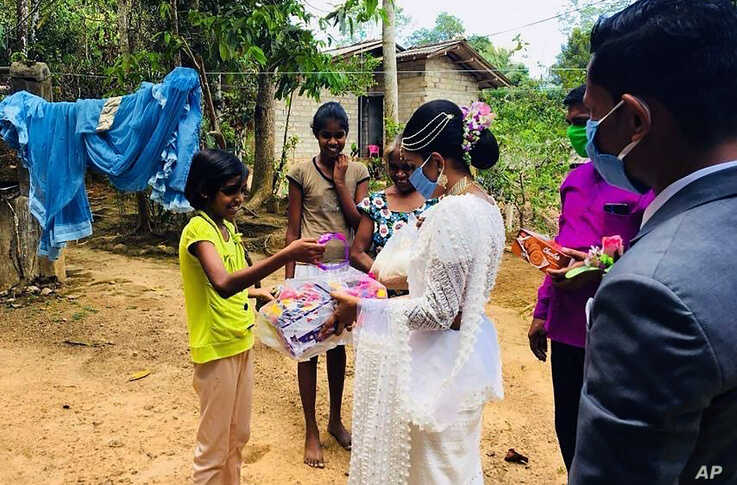 30-year-old Darshana, who owns a small shop and 25-year-old Pawani, who works as a lab assistant, decided that in place of a traditional ceremony, they would much rather spend their money on another cause. According to Associated Press, the couple merely held a small reception with close family and friends.

After a short cake-cutting ceremony, the couple, still dressed in beautiful wedding attire, got to work by stocking up on supplies such as food, toys and other daily necessities before distributing them to their neighbours.

The bride, decked out in a sumptuous white sari for her wedding, even distributed colourful plastic headbands to the womenfolk and little girls who approached her! 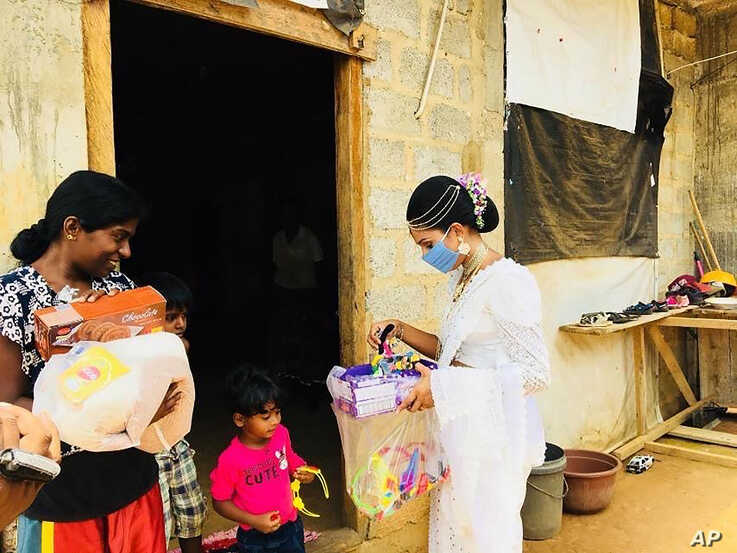 In a practiced routine, they would bring bags of much needed essentials to the poor, deliver it to them before sanitising their hands and moving on to the next family, according to Khaosod English.

“By doing this, we got a great satisfaction,”

“When you see the happiness on the face of these people, especially the kids. I don’t have words to explain that happiness.” Darshana said.

Since then, the newlywed couple have said that they haven’t stopped receiving phonecalls from well-wishers who praised them for their generosity, while also blessing them and their marriage.

In times like these, such acts of kindness really do make a difference for those whose lives have been greatly affected by the Covid-19 crisis. To Darshana and Pawani, we wish you both a long and happy marriage ahead!