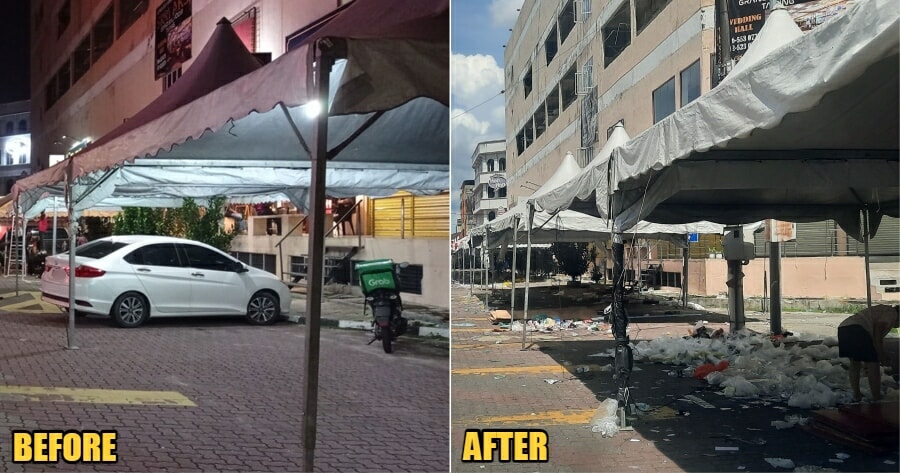 Remember when the lockdowns first started and there were nobody on the streets? Remember how clean our streets were back then?

Well, now that the lockdowns have been lifted and normalcy had returned, so has littering it a huge way. From beaches in Penang to our highways, people are once again throwing their rubbish everywhere, as they please.

One example of this is the bazaars that have taken place over April. As showcased in a post by Taiping Zone, a bazaar can be seen being set up on a clean street in Taiping, Perak. Another post then showcased the amount of trash left behind once the bazaar was over.

The first post read, “The atmosphere of the preparations for the Taiping Raya Bazaar 2022 site.”

The second post read, “The side effects of when Hari Raya suddenly happens. But, even if it is not sudden, this same thing happens every year.”

Though, this is much more saddening as the contractors and cleaners deserve their break to celebrate Hari Raya with their families too.

It’s truly sickening to see the amount of trash simply left behind by vendors and visitors of the bazaar for the cleanliness of the space should be everyone’s responsibility to uphold.

We genuinely hope that the authorities deploy enforcement officers to such locations of interest to ensure that those littering are held accountable for their actions. 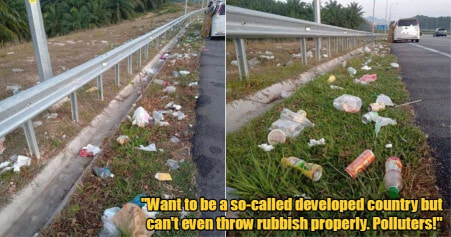