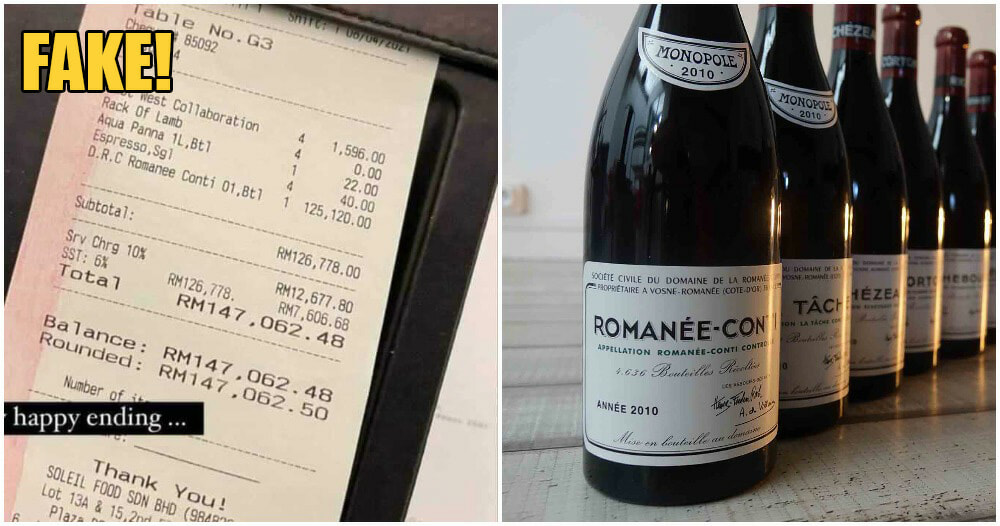 An image of a bill from the restaurant Soleil Food at Damansara City has been going viral on social media where the bill came up to a staggering RM147,062.50, Unsurprisingly, Facebook users collectively lost their minds over the price of the food and of the wine Romanee-Conti, that came up to RM125,120. 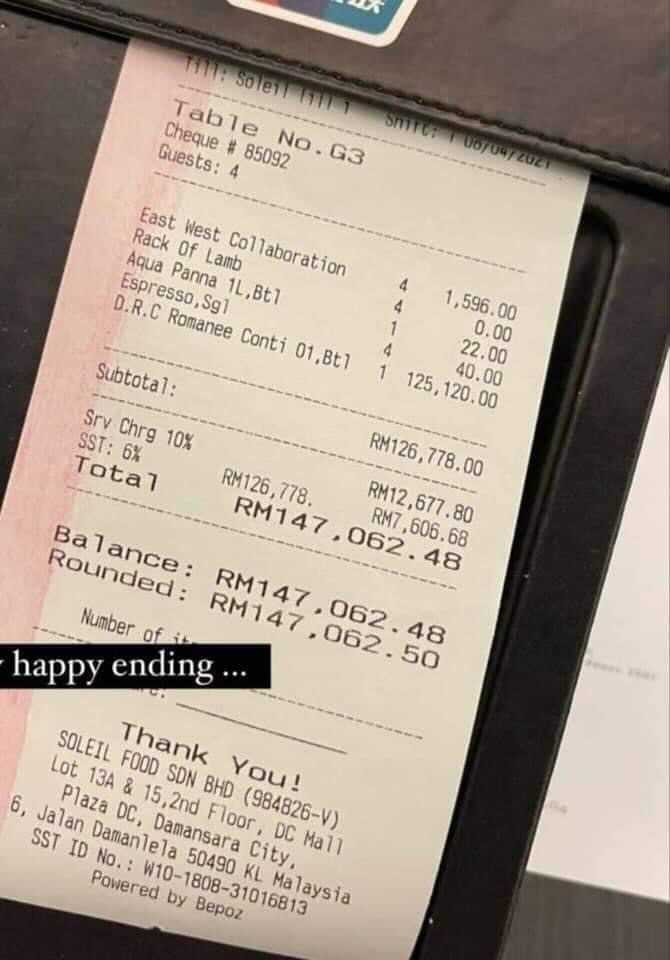 WORLD OF BUZZ managed to contact the restaurant manager of Soleil, Mr Mohd Razlan who clarified that the image of the bill going viral is FAKE! He added that the Romanee-Conti wine is available in Soleil and is yet to be sold. 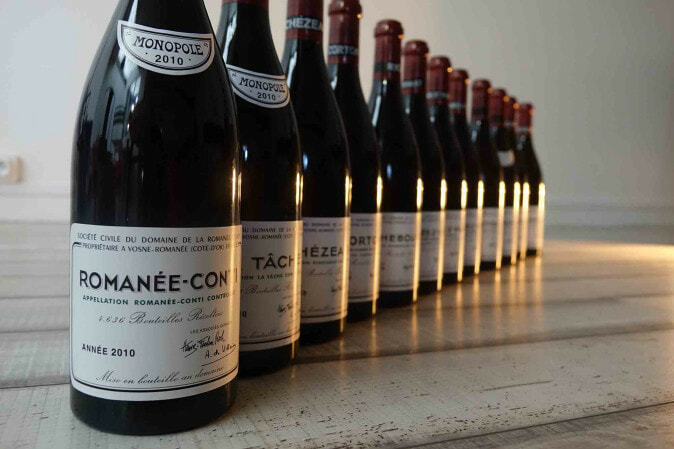 A quick search on Google revealed that the Romanee-Conti is some of the most expensive wine in ordinary production. According to Rare Wine Invest, this is because of its sublime quality and the fact that only 5,000 bottles are produced each year. Since the vineyard cannot be expanded and the maximum harvest yield is set, the wine supply cannot be increased.

Would you be interested in tasting this wine? Let us know in the comments section! 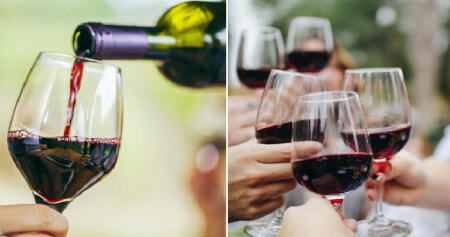