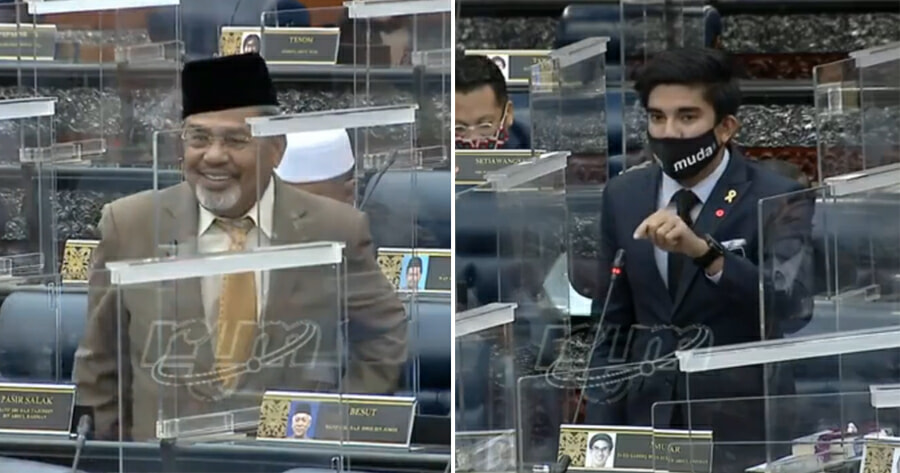 This happened after Tajuddin told Syed Saddiq not to interrupt him as he stood up to question Puncak Borneo MP Willie Mongin.

Translation: “Sit down, sit down first, child. Sit down, learn more, many more need to learn. Wasting your time, my time.”

Chuckles and snickering could be heard across the parliament as Tajuddin grinned at himself.

At this point of time, Syed Saddiq reminded Tajuddin that Tajuddin’s “cucu” (grandchildren) were watching the Parliament and that people are not going to forget this.

“Your grandchildren are watching this, you know? People are not going to forget this Yang Berhormat,” Syed Saddiq said while Tajuddin kept ordering him to sit down.

“Standing Order, 36–4, Pasir Salak called Muar budak. This is not the first time Muar has been called a budak. This is bullying and other “children” are watching the proceedings,” Hannah Yeoh said.

Other Opposition MPs chimed in their support for Hannah Yeoh but Tajuddin can be heard saying that there was nothing wrong with his remark as he was older than Syed Saddiq.

This is how the bully is empowered, when the one in power makes lame excuse for him. It's not funny. It's not a joke. It is condescending not just to @SyedSaddiq but to Muar voters. And why so impatient with me raising a Standing Order? https://t.co/oOcrA2ypC6

The Speaker who seemed frustrated by the whole thing refused to let anyone speak or hear anyone out, and ordered sessions to continue. Once everyone had settled down, the Speaker ruled that Tajuddin’s budak remark was made only as a joke and without any malice.

“I think it’s all a joke, there is no bad intentions,” the Speaker said in response to Hannah Yeoh, Lim Guan Eng and Ramkarpal Singh on whether Tajuddin’s remark violates parliamentary rules or not.

Moments later when Willie continued his speech, Syed Saddiq tried to intervene again to raise up some questions he had for the Puncak Borneo MP and was finally given a chance to speak.

“I give him space. He is not a child, but a handsome boy,” Willie said.

To which Syed Saddiq responded:

“I do not want to debate on the issue of whether I am a child or not, but I would like to raise in the Dewan Rakyat that as a member of parliament I have never thought of labeling Pasir Salak as an elderly person.”

This isn’t the first time Syed Saddiq has been called “budak” in Parliament by older politicians whenever he attempts to speak. 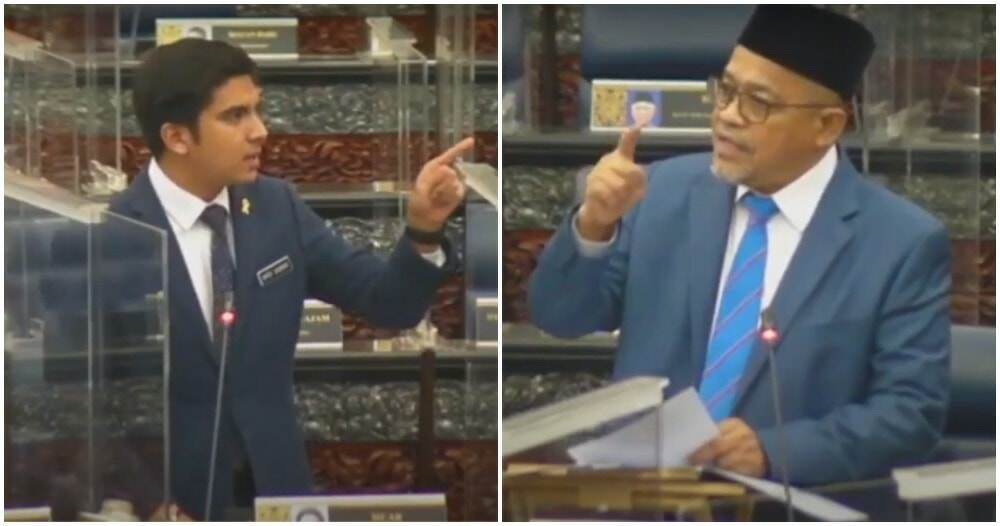