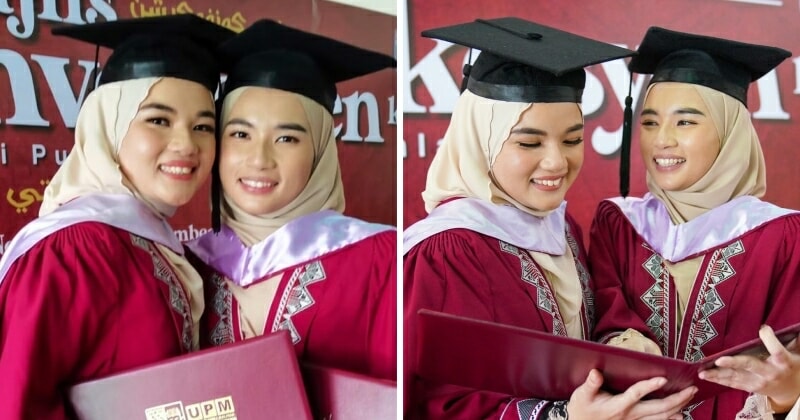 The crowd at Universiti Putra Malaysia’s (UPM) 46th Convocation Ceremony yesterday (November 27) was seeing double when a pair of identical twins both separately took to the stage to receive their scrolls as graduates in medicine at the university.

The pair, 25-year-old twins Nurnadhirah Zulkifli and Nurnadhrah Zulkifli were among the highlight of the ceremony, as they achieved their goals of becoming medical doctors together, something that they have dreamt about since finishing secondary school.

As reported by BERNAMA, both of them took to their mother, who is a nurse as the source of their inspiration. Moreover, Nurnadhirah asserted that they were proud to be able to reward their parents with the success of graduating in a field that is often touted as being very tough.

She commented, “We went through every bittersweet experience together as twins. Alhamdulillah, we were able to share this happiness with our parents.”

“If you have passion and interest in medicine, don’t be afraid to pursue your dreams, especially now as we are short of female specialist doctors.”

Nurnadhirah further said that young people, especially women, should not be afraid to pursue their dream of becoming doctors. 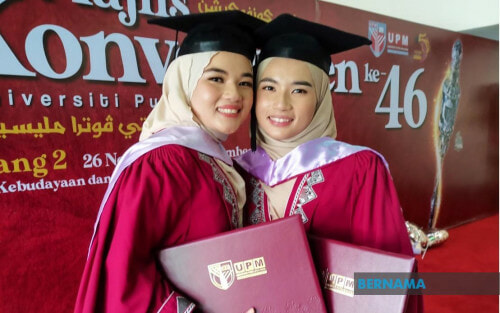 Meanwhile, her younger sister Nurnadhrah expressed her intent to serve the community, especially those who have imparted knowledge to them and will be focusing on completing her 2-year housemanship.

Speaking to reporters after the second session of UPM’s 46th Convocation Ceremony, Nurnadhrah said that she wants to further her studies after housemanship to become an ophthalmologist or a specialist in the study of eye anatomy and related diseases.

As for Nurnadhirah, she asserted that she intends to become an expert in internal medicine, specialising in the diagnosis, treatment and prevention of various acute and chronic diseases.

Awesome! Congratulations to the twins for achieving their dreams. So, what do you guys think of their achievements? Do share your thoughts and well wishes in the comments. 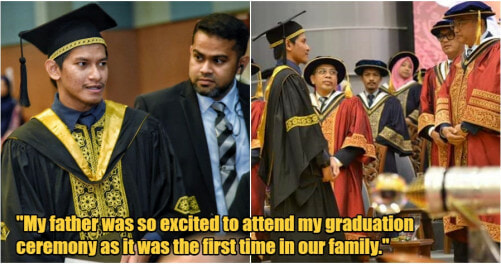