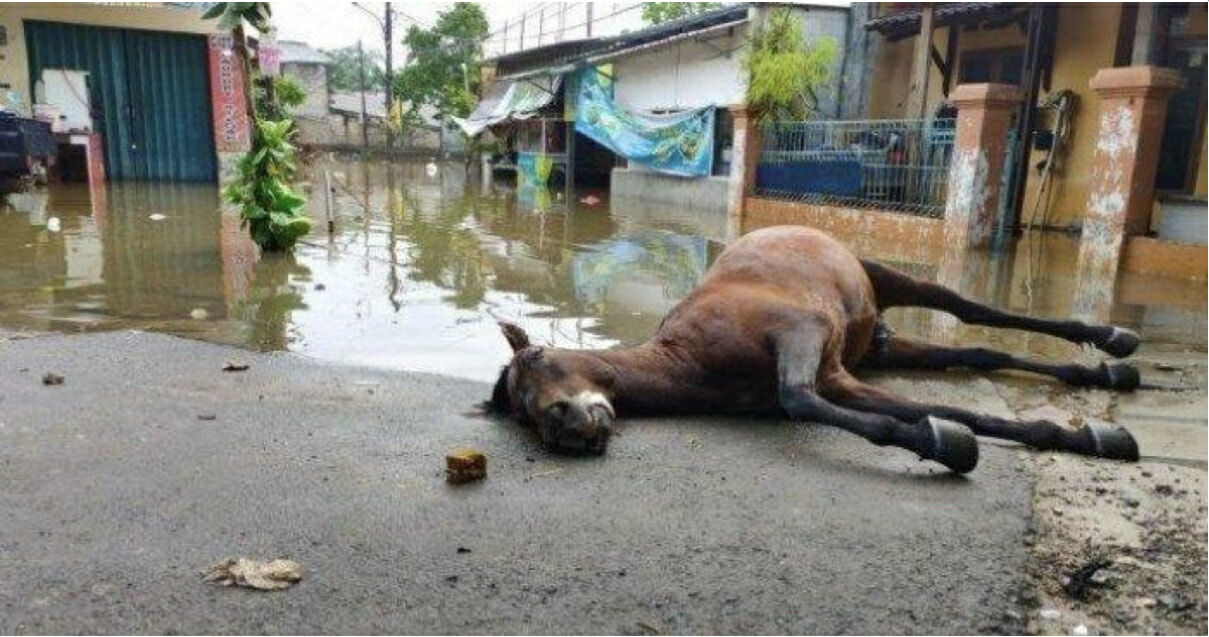 Animals, we don’t deserve them.

Jakarta is currently facing one of the biggest floods in the history of Indonesia with thousands are stuck and are in danger of being swept away by the current. Since motorised vehicle are useless in this situation, the local rescue team had to resort to other means in order to save the people. 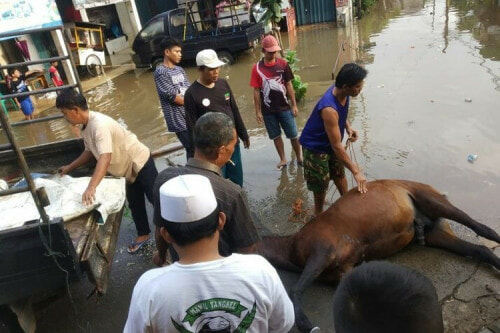 One of the solution is to use horses but sadly, one of the horses died after being forced to go through the floods non-stop in order to save the community there. As reported by Kompas, the horse that died was among three horses used for the rescue mission but it was the only one pulling a carriage instead of being able to move freely. 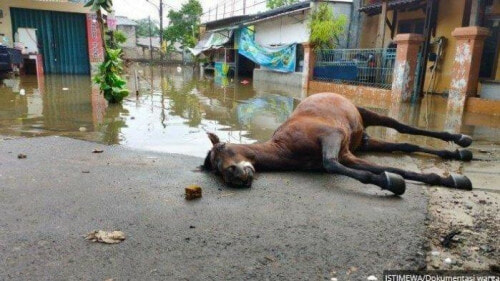 After managing to transport the locals there to safety, the horse finally collapsed and died from exhaustion. The owner of the horse, who also lost consciousness, was rushed to the hospital while the body of the horse was left at the place where it collapsed.

Whenever there is a natural disaster, we always consider the safety of humans first but we should really think of the safety of animals who oftentimes will not know what is happening and they will be the first ones to perish because of the disaster. 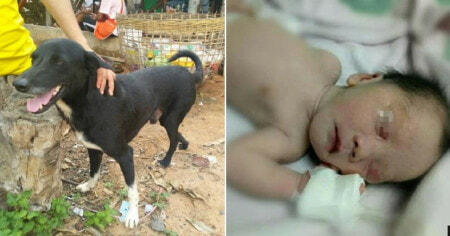