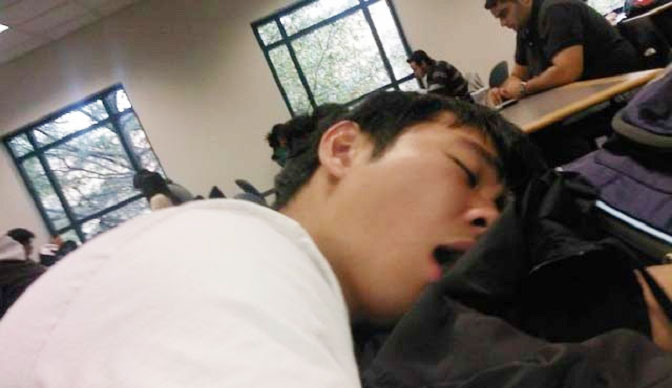 Image source: GeekHack, Image used is for illustration purposes only.

Even with a good night’s rest, one can still find oneself falling asleep or what we Malaysians call fishing — where your heads starts to drop, eyes starts to close but you catch yourself in the nick of time before your face falls flat on the desk.

A recent study performed by assistant professor of psychology at the University of California, Riverside Dr. Sarah Mednick says that having a mid-day nap can help boost your memory and creativity, according to the Observer.

Her research was carried out in two separate Remote Associates Test (RAT) amongst 81 participants (where 20 are controls). For the first test, participants were given three words and are suppose to come out with a fourth word that most relates to the three given words. The scores from the test will be noted and the participants are then unknowingly given a clue to the answer for the second memory test.

Prior to the second test, a group of the participants went to take a nap while the control group went to watch a show.

After the show was done, they regrouped to perform the second test. Results found that the group that had napped performed 33% better on the questions that were hinted before rather than those that have just returned from a movie. Yes, a staggering 33% increase in performance! Mmm hmm… so you might wanna tell your boss to incorporate naptime during working hours.

Whilst a graduate student at Harvard, Mednick had always been fascinated by the science and effects behind daytime naps, Mednick had a personal reason for her research.

“My father was a great napper, and none of the research could explain why someone could take an hour long nap and feel great,” she said.

So here you go folks, solid proof that some mid-day shut eye would improve your memory and creativity. So cheers to nap time during office hours! Someone needs to make this a new regulation!