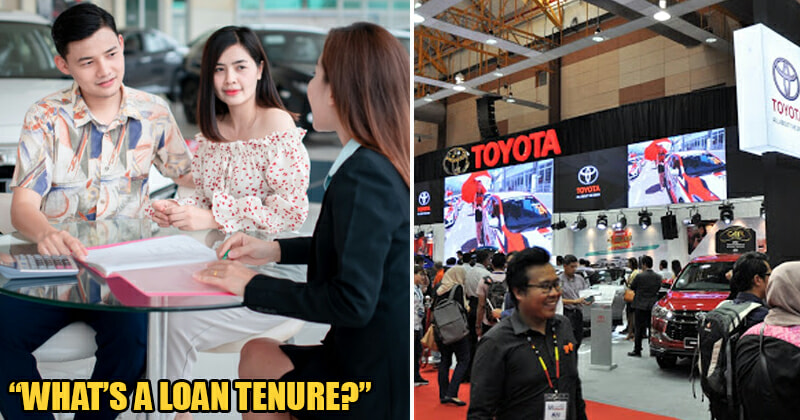 So you’re ready to go out there and take on the world but there’s one aspect of adulting you are probably not familiar with yet, and that is getting your very first car. You’re probably asking “I just started working so how do I even pay for a new car?” 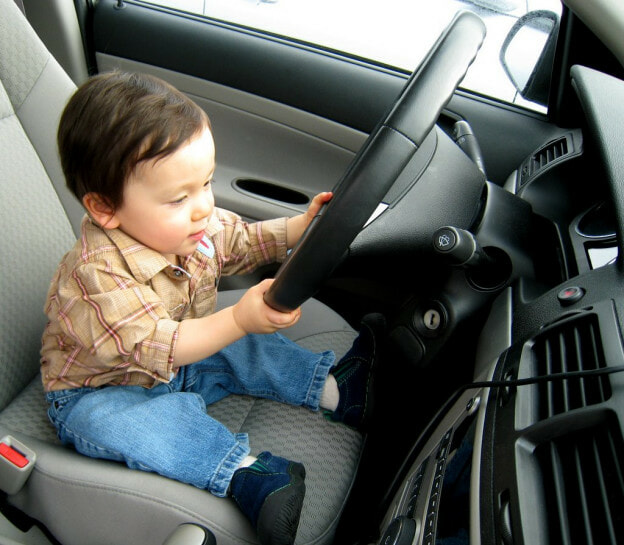 This is you driving your first car

A car is considered a long-term investment so the most common way to pay for one is through a loan you get from a bank. This is because people generally don’t have a couple of hundred thousand ringgit just lying around. If you do, then paying for a car in cash will eliminate interest rates but we’ll get into that later.

The truth is, it’s pretty simple for as long as you have some money and a sense of responsibility. Here’s what you should know about car loans before you even pick out which car you want to get:

1. Interest rates cannot be avoided, but they differ on various factors 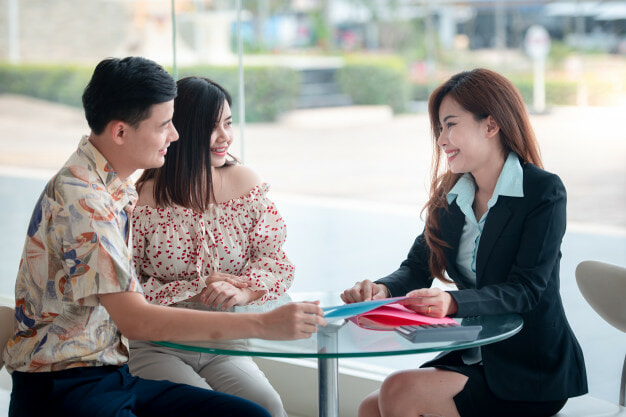 This is probably the most important point to take note of because interest rates apply to ALL types of loans. In case you’re unsure, an interest rate is a percentage charged by a lender (in this case, the bank you are borrowing from) for use of their money. For example, if you borrow RM100 from the bank and they charge a 2% interest rate, you will have to pay the bank back RM102, which is RM2 more than what you originally borrowed.

Most people would choose fixed interest loans so that they can pay a flat rate every month until the car is fully paid (with interest, of course). Do note that these types of loans mean that the interest is calculated on the principal and not its reducing balance.

The interest rates of car loans are based partly on two main factors:

2. Downpayments will reduce your loan amount 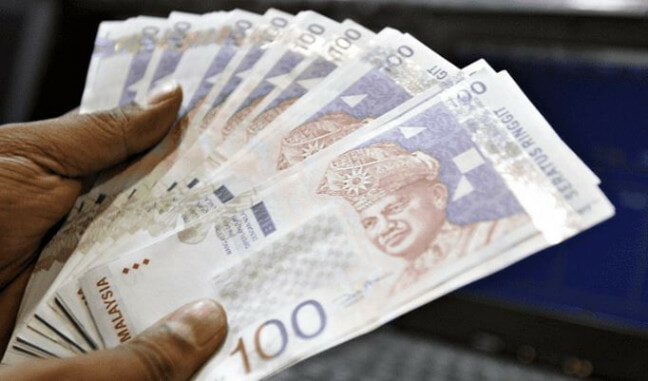 A down-payment is the initial payment you need to make when booking a car for purchase which usually costs a minimum of:

The bigger the downpayment you put down, the smaller the loan amount you’ll need and the less interest you will have to pay in total. You should note that per annum (yearly), interests are usually lower for larger sums borrowed but you are still paying more in overall interest. Don’t be fooled!

With that said, however, if you’re on the lookout for a good car loan, Maybank Islamic is actually running a promo right now offering fresh grads car loans when they buy a new Toyota Vios, Toyota Avanza or Toyota Yaris! 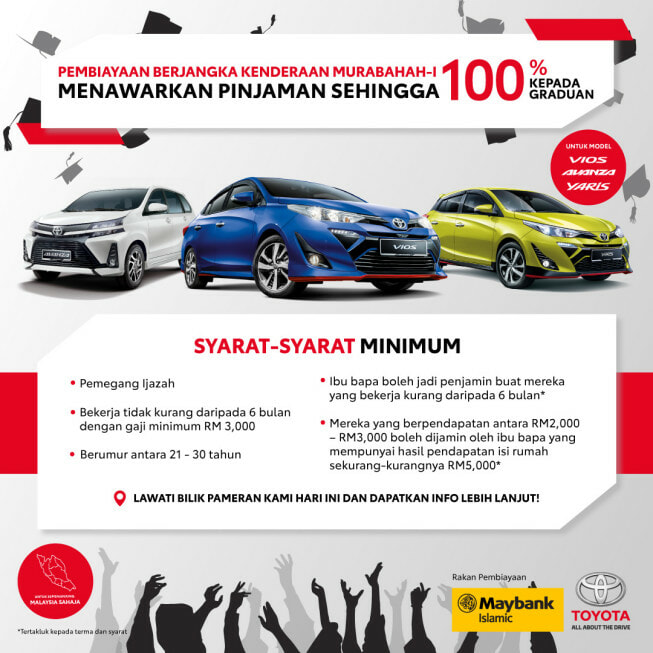 That’s right, Maybank Islamic is offering up to 100% loan to all graduates who meet these conditions: 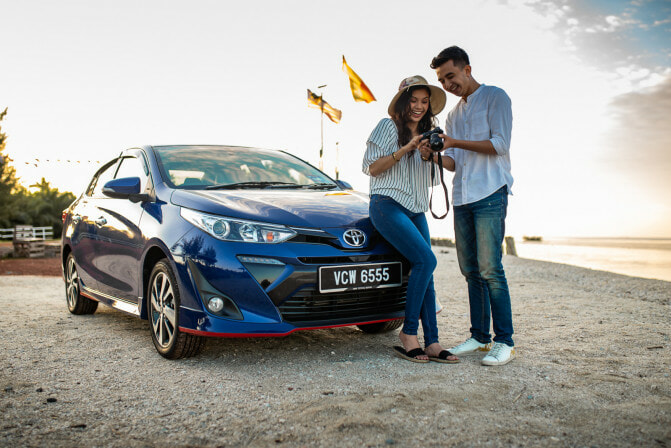 No more having to borrow mum or dad’s car because getting your own car has never been easier! You can visit any Toyota showroom to find out more about this special graduate financing.

3. Find a guarantor to help get your loan approved 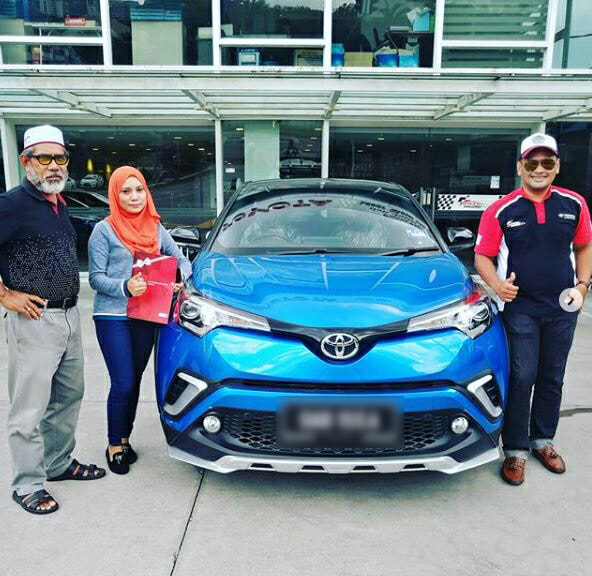 Some banks require a guarantor and some do not. If you’re not confident with your financial situation, getting a guarantor might help get your loan approved or possibly even get you better rates. A guarantor is basically someone who promises to pay a borrower’s debt if, for some reason, the borrower isn’t able to pay for his or her loan. This person could be anyone from a family member to a friend, but it’s usually someone really close and trusted.

However, most banks don’t require a guarantor as your car loan is backed by collateral. The collateral is none other than the car you are purchasing. In any case, where you default on your loan payment, the bank will simply repossess your car! 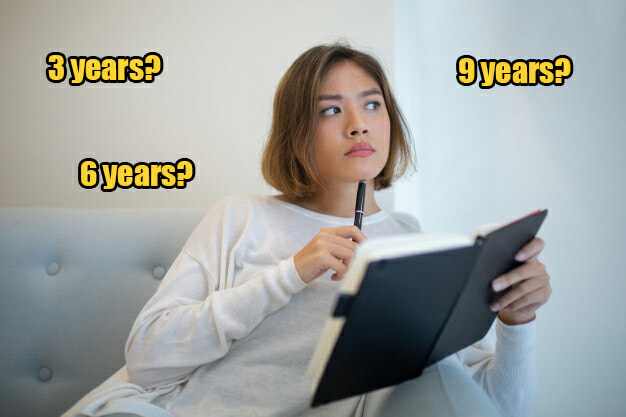 A loan is paid off over time and in Malaysia, you can take out a car loan for a minimum of one year to a maximum of nine years. Depending on your loan amount and the interest rate applied, your monthly payments will be bigger for shorter tenures.

For example, let’s say you are buying a car that costs RM40,000 and put down the minimum down-payment of 10% which is RM4,000, that would mean you still owe RM36,000. You take out a loan for the balance with a 6-year tenure which means you would be paying RM500 per month for the next 72 months.

Now let’s say the loan interest rate is 3% per annum. That means you are paying 3% interest on your principal loan (RM36,000) which adds up to RM1,080 per year (RM90 per month). So add that to the RM500 per month repayment and you’ll be paying RM590 per month. Add the RM4,000 down payment you have already paid and the total cost of your car after you’ve finished paying off the loan will be RM46,480 with interest (do note that this is a very basic calculation that doesn’t include things like SST and other additional charges).

One other thing to remember is that interest rates differ from bank to bank so it’s always a good idea to check with the bank or ask the car dealer what the interest rates are before you sign anything. Don’t rush into it!

5. Insurance and road tax will add cost but are extremely important 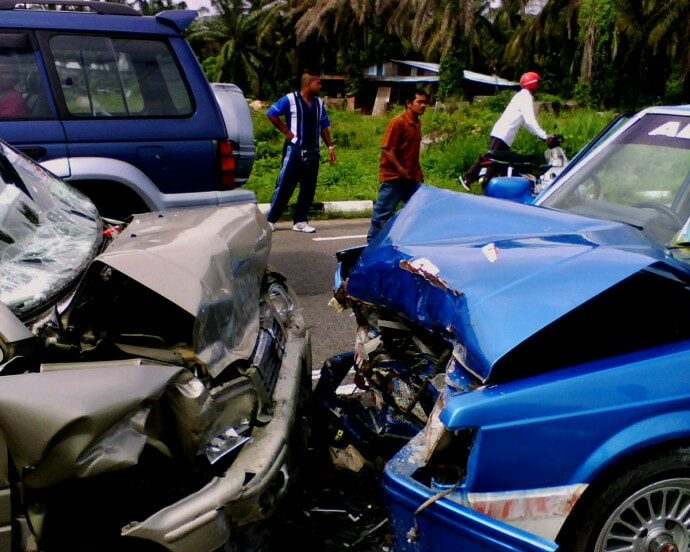 It’s compulsory to get road tax and insurance for your car, so you should remember to include this amount to avoid any surprises when you take out a loan. Normally, banks will arrange the insurance for you with their selected insurers, but you can also choose your own if you prefer. 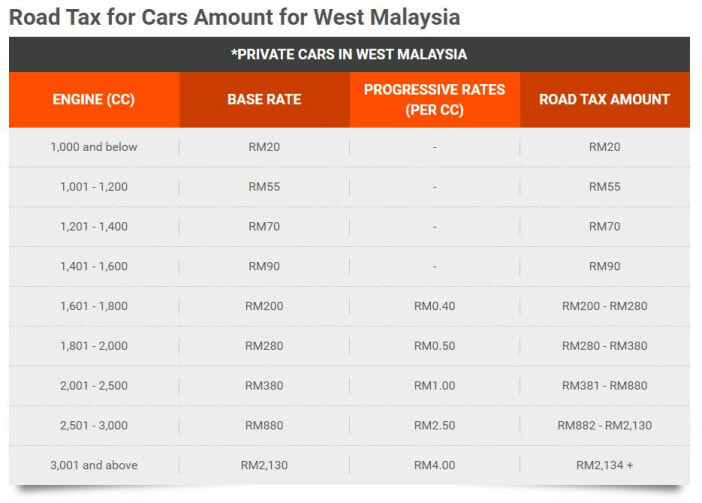 Insurance, on the other hand, is usually priced higher than road tax. For example, a four-door sedan like the 1.5L Toyota Vios would get an insurance premium of about RM1.7k per year. Again, this would all depend on which insurance company you buy from. Still, it’s important to have insurance in case of accidents or theft.

Also, note that banks usually hold on to car grants until the end of the loan tenure or if you opt for early settlement (where you pay off the remainder of your loan before the tenure ends). For most banks, you can ask for your grant back earlier after one year of full and precise repayments.

6. Shop around for the best deal and get the most out of your loan 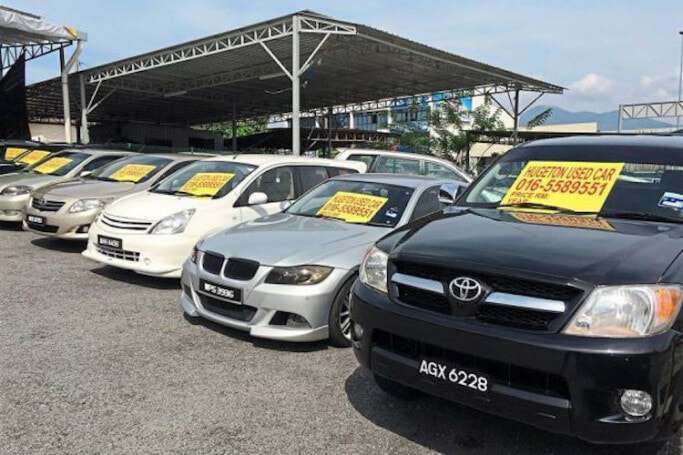 Think of yourself having the advantage when shopping for a car as you have the ability to choose from so many dealers, banks, promotions, deals and packages and you’re not stuck with only one place to buy a car from. Engage both dealers and banks to get the best deal possible. From the dealer, you’ll want to look for the lowest possible price or best promos/deals available for the car as well as any special benefits from arrangements the dealer has with the bank.

Speaking of best deals, if you’re on the lookout for one, you’ll be glad to know that one of Malaysians’ favourite car brands, Toyota has a super lucrative promo running right now! It’s true!!!

Toyota is currently offering instalments for new cars from as low as RM498 per month together with cash rebates and freebies!

Sounds good, no? The Toyota EZ Beli promotion is tailored to make owning a brand new car easy for anyone, especially those who are just starting out a new career! 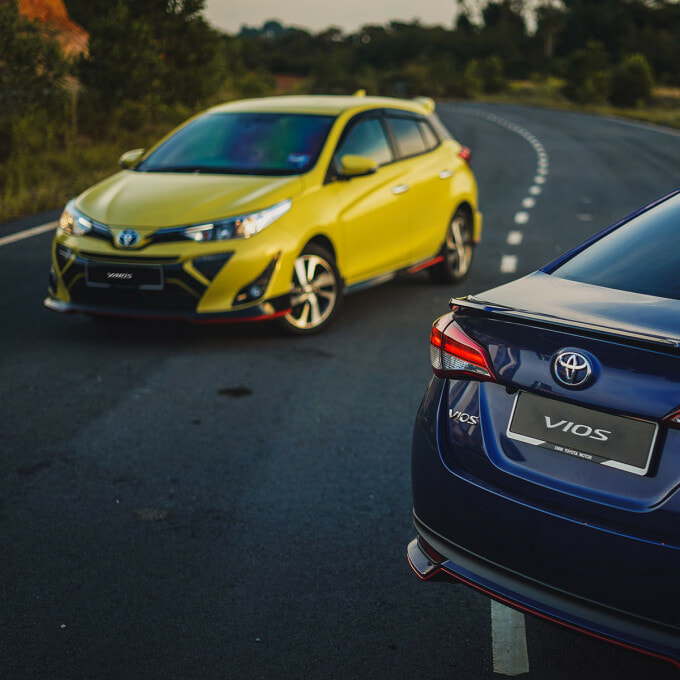 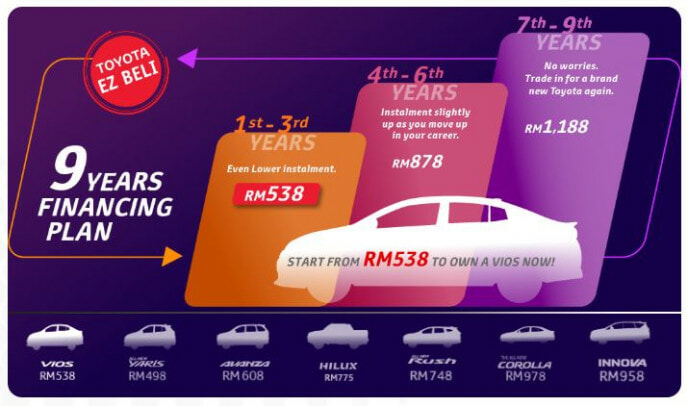 Additionally, Toyota is also running a campaign catered to government employees known as Jom Drive! This is a program where applicants can get easier loan approval and are able to select from a wide variety of financial plans on offer by Toyota Capital.

To apply, all you have to do are these 3 simple steps:

To be eligible, you need to meet all these requirements:

Sounds like a pretty lucrative deal if you ask us! Well, if you’re interested to find out more about Toyota Jom Drive and their other promos, head to this website! 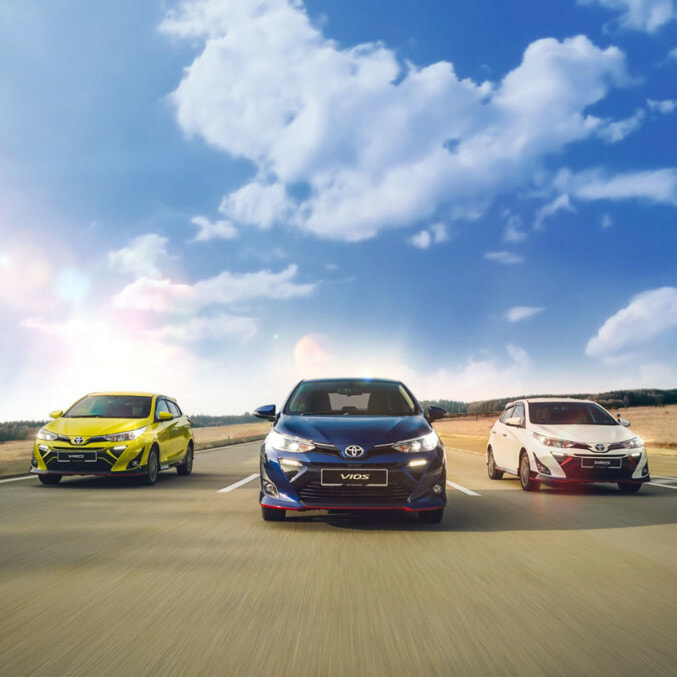 Now that you’re well equipped with all the knowledge needed to get your first car, which Toyota car are you going to get?