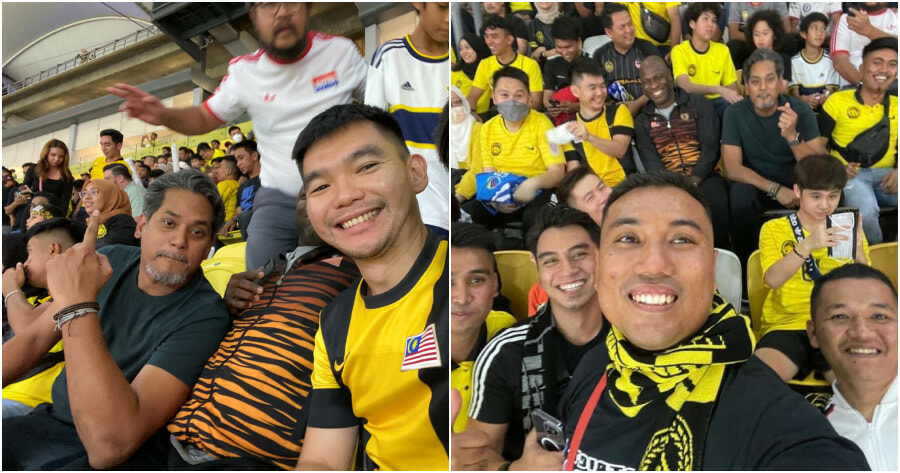 According to the Football Association of Malaysia (FAM), 65,147 fans were present for the Causeway Derby, surpassing the record 29,961 fans who watched Malaysia beat Laos 3-0 on December 24.

However, one of the most unexpected moments was when a group of fans were pleasantly surprised to find former Health Minister Khairy Jamaluddin sitting right next to them in the stands. 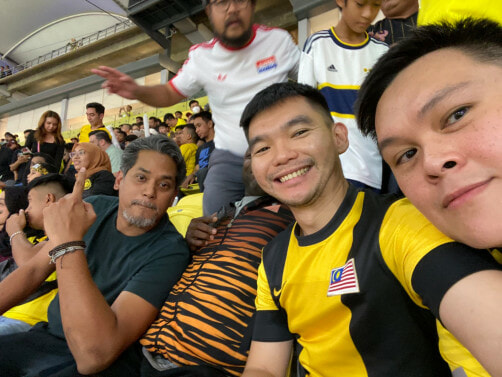 In various Twitter posts by said fans, they took pictures and videos with KJ as he had come to support the national team. 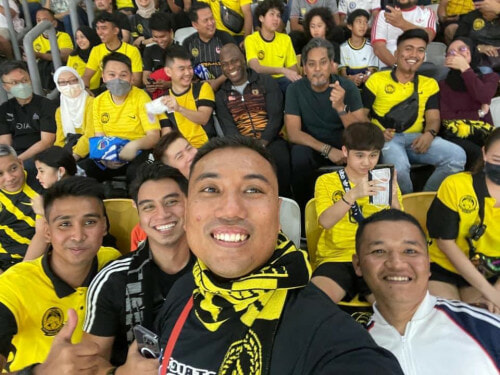 One user wrote, “Just now, KJ had come right before half time and was looking for a seat, so I offered him the empty seat right next to me.”

“We then took a selfie and watched as Harimau Malaya smashed Singapore.”

In a video shared on Twitter, KJ could be seen waving to fans and taking selfies and pictures as he approached the empty seat.

The posts have since gone viral as netizens expressed their shock that KJ had turned up and sat in the supporter’s stands for the match.

Whilst some praised KJ for coming to watch the match like an ordinary supporter and not using his VIP status to get special seating.

On the other hand, some fans suggested for newly minted Youth and Sports Minister Hannah Yeoh to put KJ in the VIP section the next time he comes by to watch a match.

“Hannah Yeoh would be scratching her head if she found out that KJ sat in the normal seats.”

Kudos to the national team for making it into the semi-finals as well as the supporters for showing their support for the team!