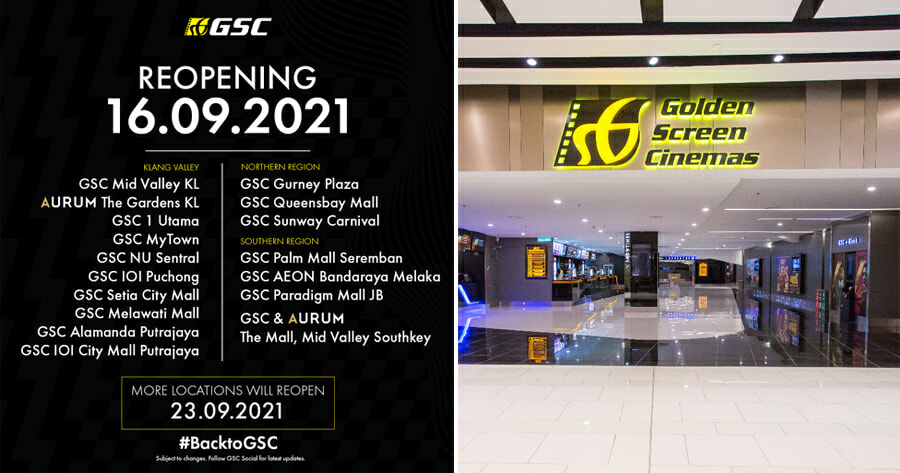 Golden Screen Cinemas has announced that they are finally reopening this week for fully vaccinated individuals with a list of movies you’ve been waiting to watch in cinemas all year!

Previously, GSC announced that they will not reopen on 9 September, the date given by the government to cinemas to start operating, as GSC was awaiting proper standard operating procedures (SOP) from the government.

But now that the SOPs have been released, you can soon enjoy some of the most talked-about movies that you’ve been waiting for on the big screen!

Here are the 17 cinemas opening on 16 September: 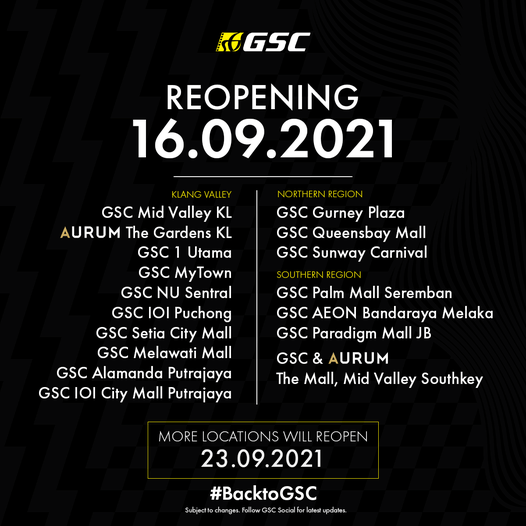 Additionally, you can expect these Hollywood Blockbusters to be released in September and October!

Aren’t you excited? These movie lineups are amazing and certainly worth the wait! Remember, you have to be fully vaccinated if you want to watch a movie at the cinemas. Stay safe, everyone!

For cinema SOPs, refer to the link below!

Also read: Here Are The Cinema SOPs For States In Phase Two 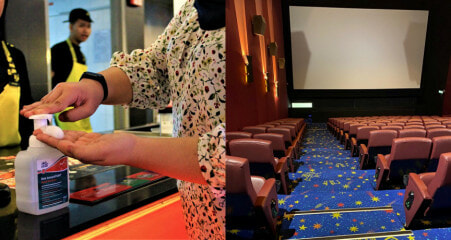