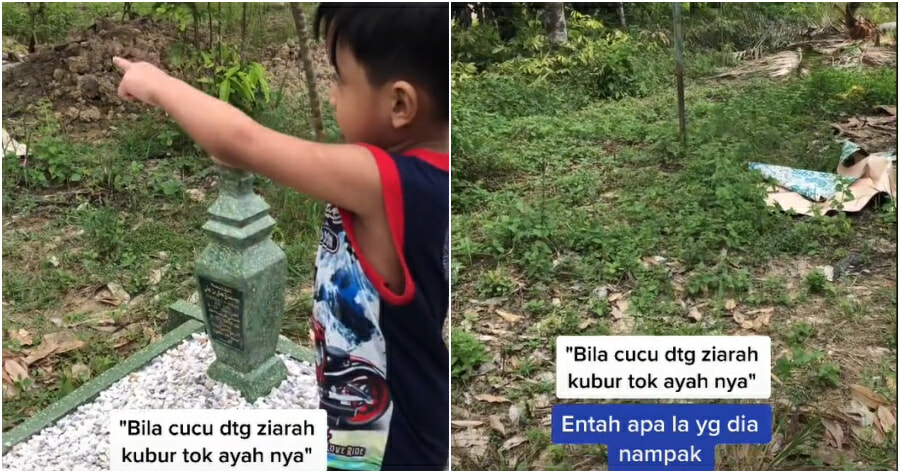 Kids are known for their inability to lie and often speak the truth, especially when they claim to encounter something supernatural.

Recently, Syaza, a woman from Johor had brought her son to visit her deceased father at his grave. It was supposed to be a simple visit with some prayers recital but what shocked the woman was how his 3-year-old son pointed his finger towards the front and said,

She took it to her TikTok account and shared the experience during the visit to the cemetery. The other man, who is Syaza’s younger brother can also be heard asking the kid to repeat after him and say “Hi grandpa.”

Speaking to WORLD OF BUZZ, Syaza revealed that her son is the only grandchildren her late father has ever had. The cemetery visit wasn’t the first time, but her son’s supernatural “encounter” was definitely something new. She also said that her son does not usually point out and tell what he sees.

In the meantime, Syaza added that it was his brother and her spontaneous reaction when her son was asked to greet his “grandpa”. Her father breathed his last breath in December last year due to heart failure. Fortunately, nothing weird nor eerie took place at home following their visit to the cemetery.

The video was shared on 31 October and has since gained more than 520,000 likes and more than 490 comments. Most of the netizens also shared their experience in somewhat a similar encounter.

“Just like my nephew. He was playing and suddenly ran toward a direction as if he wanted to hug someone whilst calling for grandpa, who has passed away.”

“Like my son when he was little. Each time we visited the graveyard, he would always say grandpa was there and waiting for us.”

Some say it could be his grandpa’s Qarin. According to Muslim belief, a Qarin is a spiritual double of a human who whispers evil thoughts into oneself and creates false imagery of the world.

“That’s his grandpa’s Qarin. Recite prayers and pray for the deceased.”

Have you ever had any supernatural encounters as a kid, or even recently? Let us know in the comments below!

Also read: These 7 Creepy, Spine-Tingling Real Life Malaysian Ghost Stories Will Give You The Chills 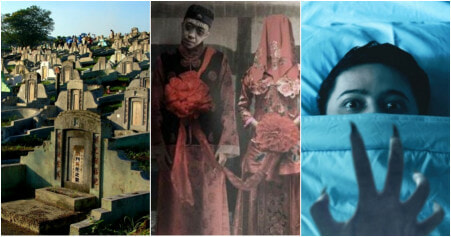