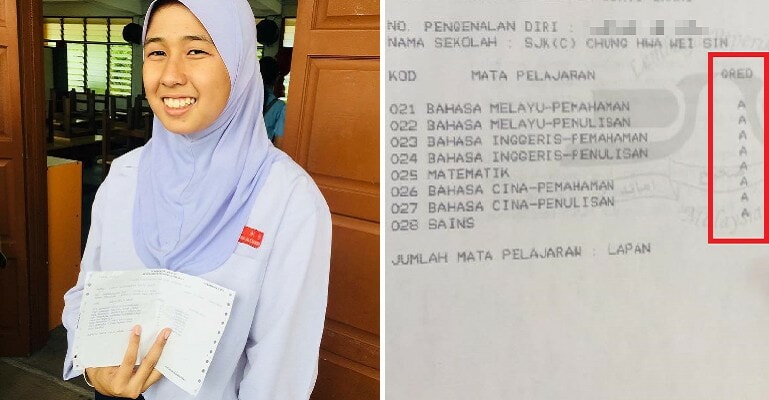 The Primary School Achievement Test (UPSR) results were just released on Thursday (November 29) and many students were nervous while waiting to collect their result slips. For Damia Alexandria binti Zakri, she also collected her UPSR results on the same day and was pleasantly surprised to find that she had scored 8As in her exams. Congrats, girl! 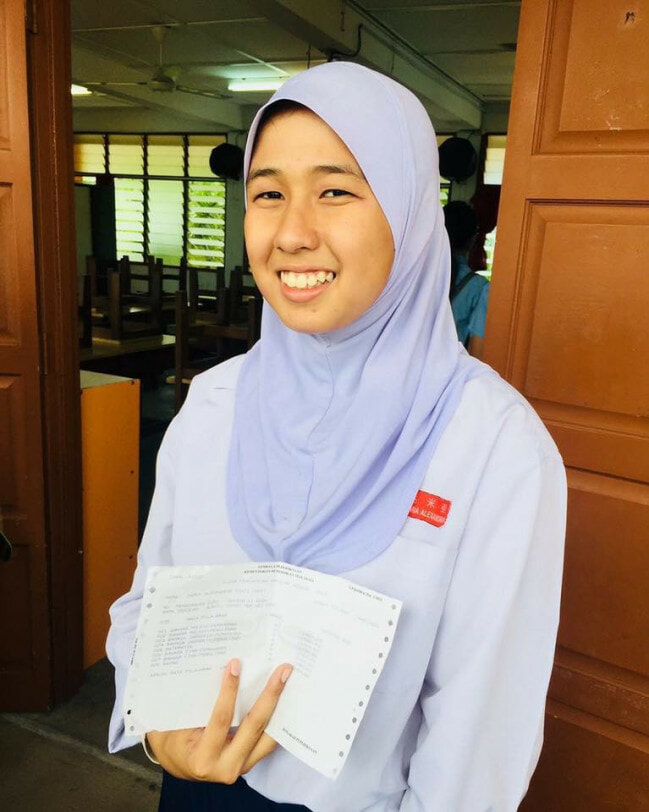 Her proud aunt, Hazlina Hassan shared the girl’s outstanding results on her Facebook page and claimed that she was the only Malay student in Terengganu who got 8As in the 2018 UPSR. The girl, who studies in Sekolah Jenis Kebangsaan Cina (SJKC) Chung Hwa Wei Sin was elated and her aunt said in her post that Damia aspires to be fluent in seven languages. Wow, that’s a lot! 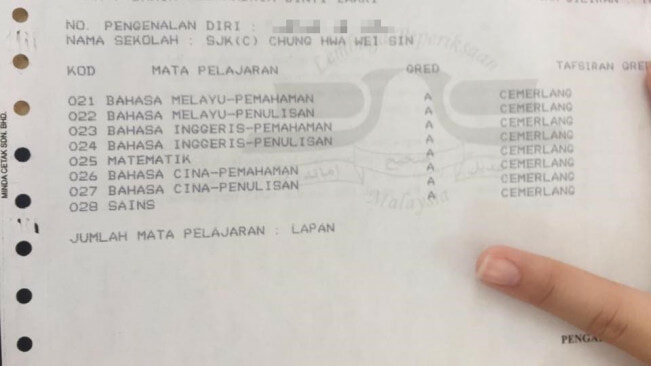 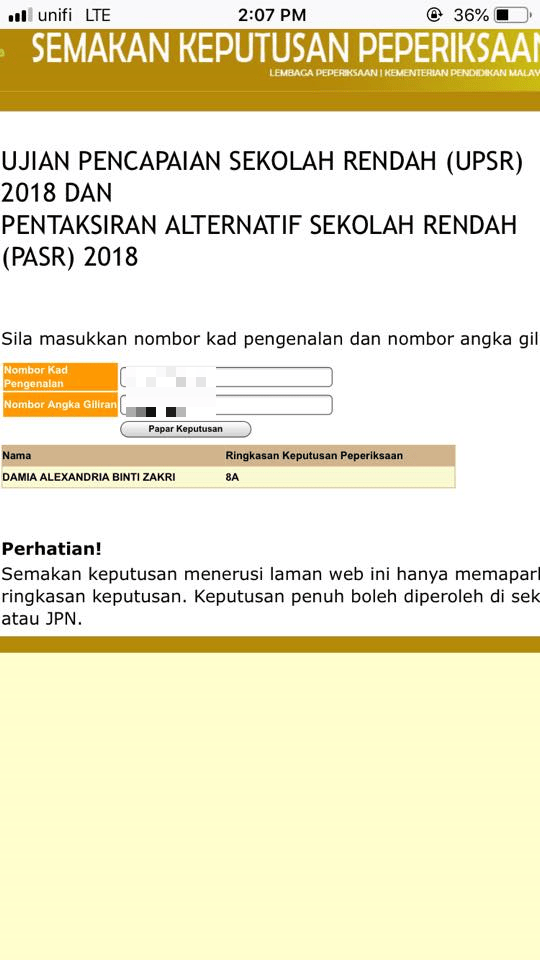 According to Mynewshub, Damia said that she was surprised that she managed to score an A for her Mandarin Comprehension as the results from her UPSR trial were not that great. However, she did not give up and continued to study hard while going for all the extra classes given by her teacher.

Her mother, Hanoryati Hassan said that she was proud of her daughter and glad that she could be a role model for her younger siblings. She said her husband had sent Damia to a Chinese kindergarten so that she could learn Mandarin and added that Damia had always wanted to be a translator since she was a little girl. The next language that she wants to learn is Korean.

Congratulations on your achievements, Damia!

Also read: Viral Kid Who Can Speak 15 Languages Gets Invited to Beijing For a Chance to Become a Singer 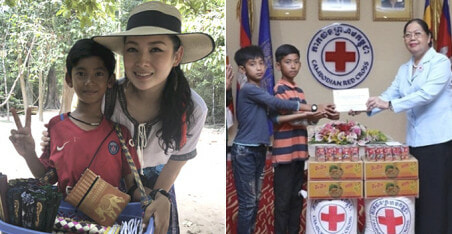