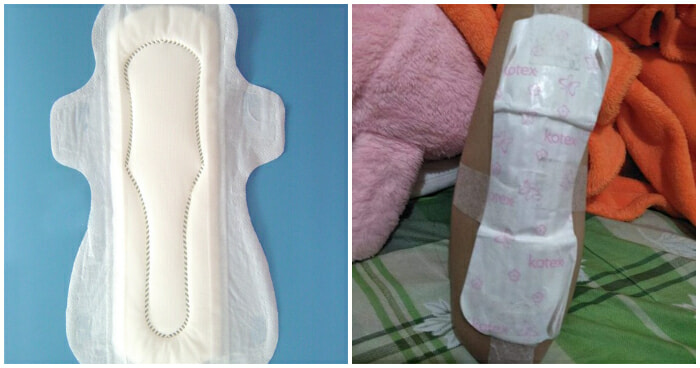 Sanitary pads are our lifesaver when it’s that time of the month, but it looks like there’s more than one use for it! At least, that’s what happened when a woman tried to stop the bleeding on her boyfriend’s injured arm with a sanitary pad!

When her boyfriend suffered a huge gash in his arm, this Taiwanese woman looked around but could not find any bandages nor first aid kits to patch up his wound. In her moment of panic, she whipped out a new sanitary pad, and applied it directly to the injury with a medical plaster! According to China Press, this left her other half dumbfounded, and mostly feeling embarrassed due to having, well, a rather large sanitary pad attached to his arm! Well, if it works! 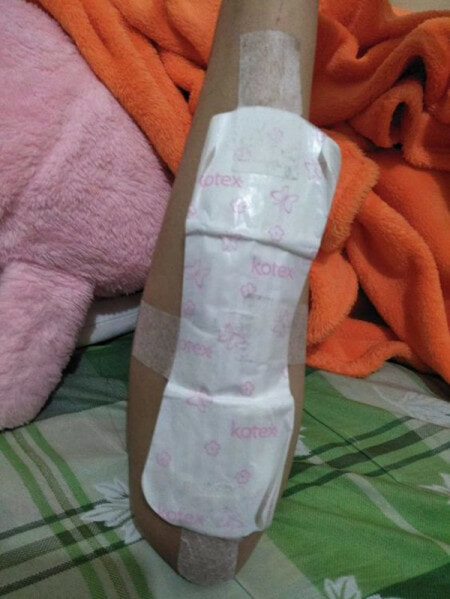 The woman, however, was not affected in the slightest, saying that the pad is ‘highly absorbent’. She’s right! In the end, her boyfriend decided to humour her and shared this amusing episode to his social media.

Naturally, the ever-colourful world of netizens had a field day with this, with some praising his girlfriend for her fast thinking. One of them said, “This will take seven days for the bleeding to stop,” and another took a tongue-in-cheek approach by saying, “I prefer the ones with a cooling sensation, it helps lessen the pain.”

The most memorable one of all, though, was arguably from a professional therapist, who agreed that a sanitary pad is recommended when there are no alternatives, and that toilet paper is not to be used under any circumstances, as it tends to stick to a wound and make it harder to clean. When the time comes to change the wound dressing, it would make it even more painful as well.

We’re cringing just at the thought of what would have happened if the girlfriend opted for the toilet paper instead!

Through one man’s funny posting, we’ve learned a lot more than we thought we would! Would you try this ‘hack’ if someone close to you happens to have an injury? Let us know in the comments! 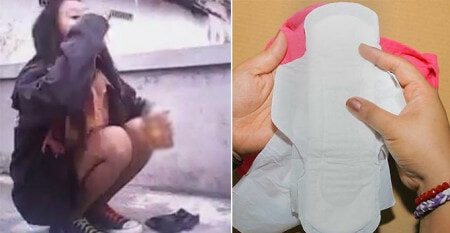