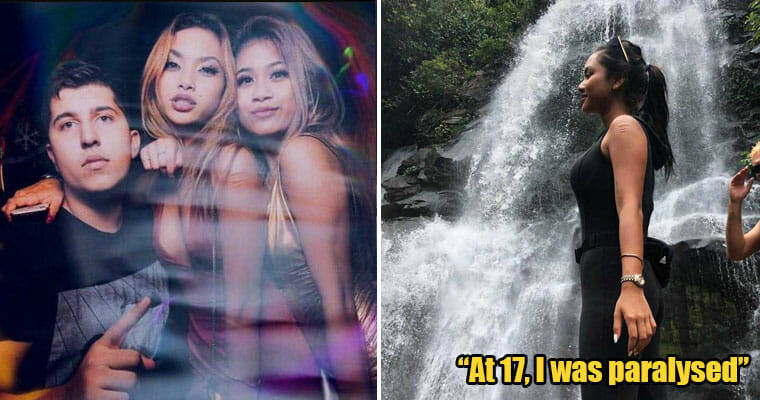 We’ve all done some pretty crazy things when we were younger ’cause YOLO, right? For some of us, however, we may have taken the YOLO belief a tad bit too far and are now left with either regrets or valuable life lessons that we’ll never forget.

For this particular girl, however, she was quite easily (and literally) the epitome of YOLO. You’ll see why in a bit. Like any growing teen, Raisa loved the party life, the clubs, the booze, and everything in between. Unfortunately for Raisa, her fondness for this life led to a series of very unfortunate events. Read her exceptionally inspiring story below:

1. It all started when she was just 15 years old, struggling with bullying and depression 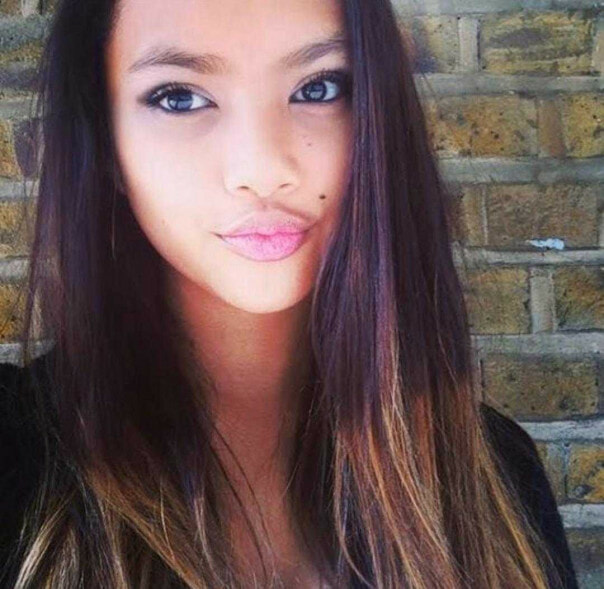 Being a teenager struggling to find one’s way and purpose in life can already be daunting enough, but along with all that, Raisa struggled with depression and constant bullying as well.

This pushed her into exploring a lifestyle consisting mainly of late-night partying, drinking, substance abuse, and more at just a ripe young age of 15. This was Raisa’s only means of escape from all the terrible things she was going through.

2. She was kicked out of schools, lost her apartment, had broken relationships and more

Because of her destructive lifestyle, Raisa also developed behavioural issues where she always found ways to challenge the authority around her and was constantly breaking the rules. This led to her getting kicked out of schools multiple times.

“It all stemmed from one aspect of myself: I simply did not care,” Raisa explains.

Being expelled many times also meant that she struggled even more, mentally and emotionally.

3. Then came the car crash that paralysed her at just 17 years old 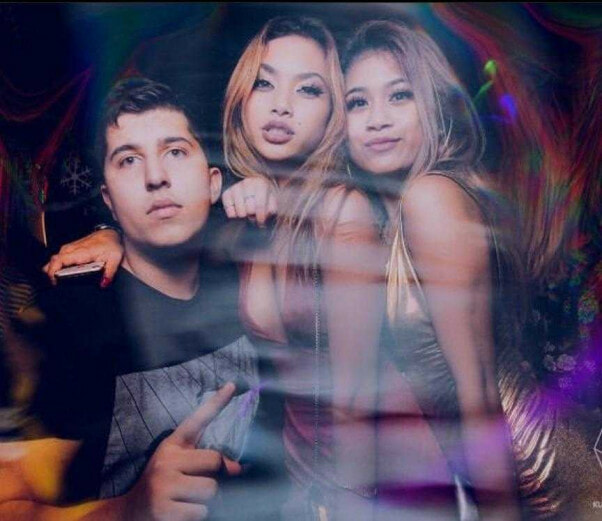 On 7th October 2017, Raisa was doing what she loved–drinking, partying, the list goes on. She was living the YOLO life that some of us can probably relate to.

After a night out at Publika, Raisa and her friends got into a car–driven by her friend–about to head to their next destination; and that’s when everything started to take a turn for the worst.

“I remember feeling excited as I was getting into the car. I thoroughly enjoyed being young, dumb, and free. After all, you never think anything life-threatening would occur, until it does.”

Moments later, Raisa remembers waking up by the roadside, next to the car she was in–which was completely totalled now after smashing into two other cars. 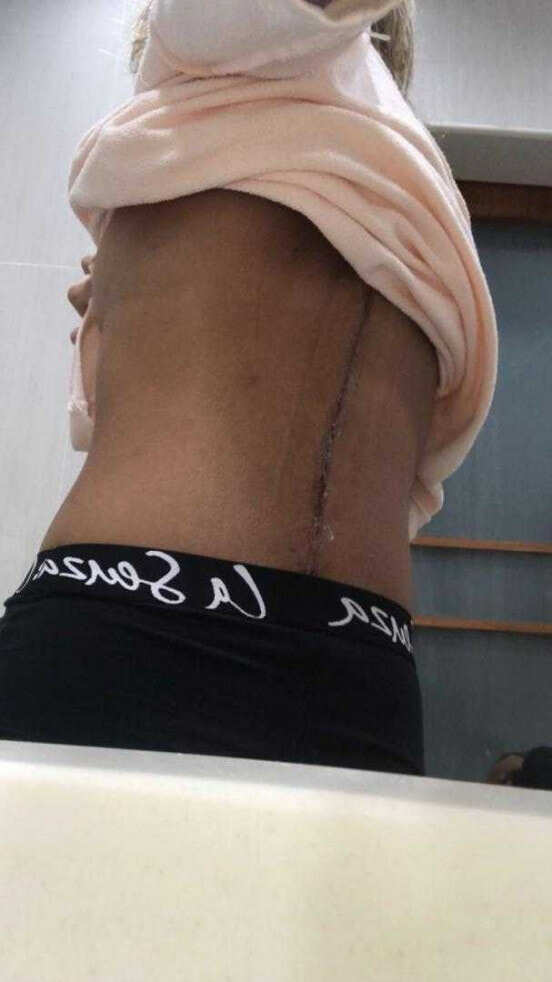 Raisa was placed on a gurney and into an ambulance as she continued to cry in agonising pain. On the way to the hospital, the paramedics continuously pumped morphine into her so she could survive the trip there. At the hospital, numerous tests, scans and x-rays were carried out to see what was broken.

“I just kept screaming. The pain I went through was one I wouldn’t wish on my worst enemy.”

Little did Raisa know, that was simply the beginning of the worst day of her life. 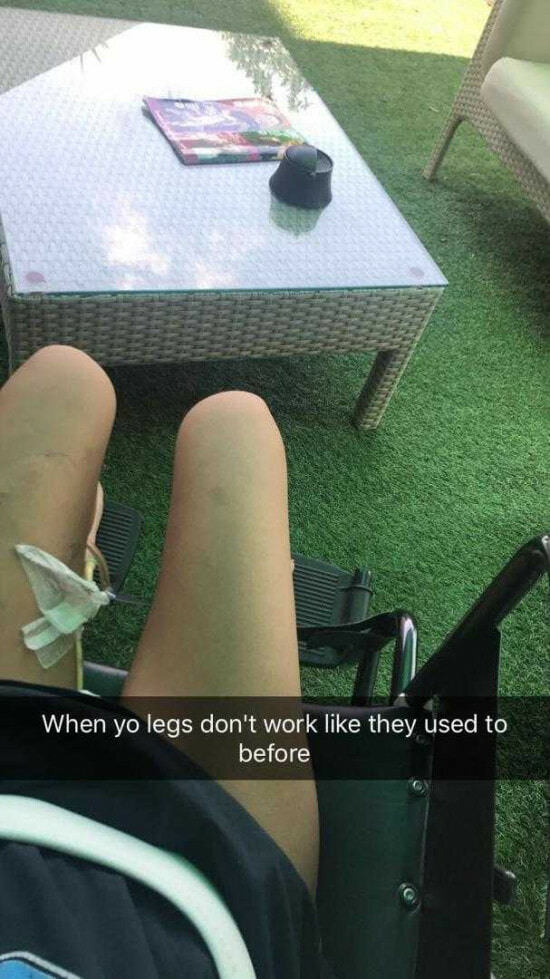 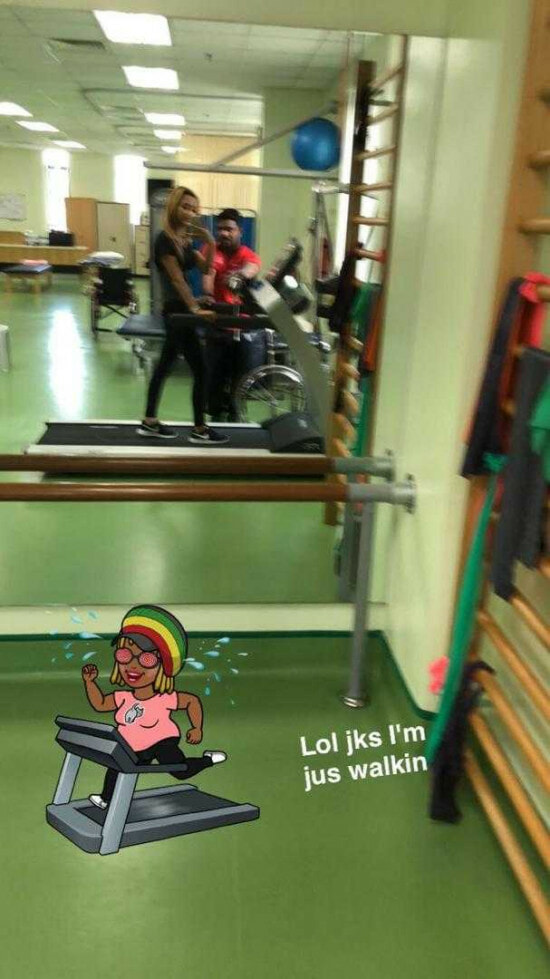 “After the surgery, the doctors told my family I would never be able to walk again. At 17, I was paralysed and bedridden.”

Fortunately, however, thanks to the support of her family and dedicated doctors–alongside constant rehabilitation work–Raisa actually managed to walk again in just a month. Wow!

4. Raisa’s attitude became so bad, her parents succumbed to sending her to a wellness and rehab centre in Thailand 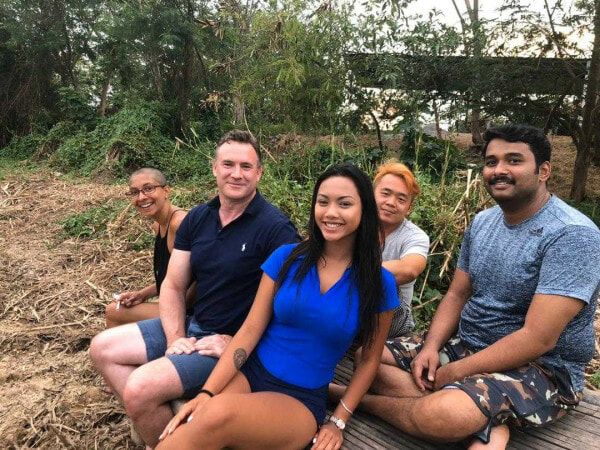 Despite her physical healing, the emotional and mental healing for Raisa did not follow. The trauma that she experienced did not sit well with her and this led to her digging an even deeper hole for herself in the world of partying and drinking.

By March 2018, amidst the drinking, mental torment, physical pain, and disappointment, Raisa hit rock bottom and ended up being sent to a wellness and rehab centre in Thailand called The Dawn by her parents. 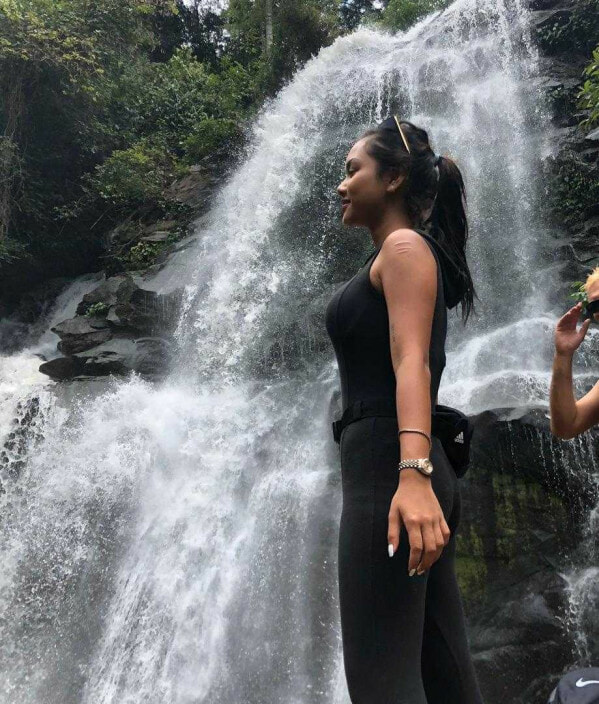 “It was truly an enlightening experience. They helped me reset my mind and taught me how to heal mentally and emotionally.”

Thanks to this, Raisa was able to pass her high school examinations and enrol into a university in the UK by September 2018. All this took place within six months!

5. She ended up dropping out of uni so she could make money and embark on new adventures While everything seemed to be going well for Raisa, uni life seemed a tad bit too mundane for her.

“I desired more. I desired to learn how to make money, be free, and live my ideal life.”

So in April 2019, Raisa made the bold decision to drop out of uni and embark on a forex trading journey. Six months later, she started interning at places like Maybank and CIMB–in the Forex Trading department–and the rest is history. 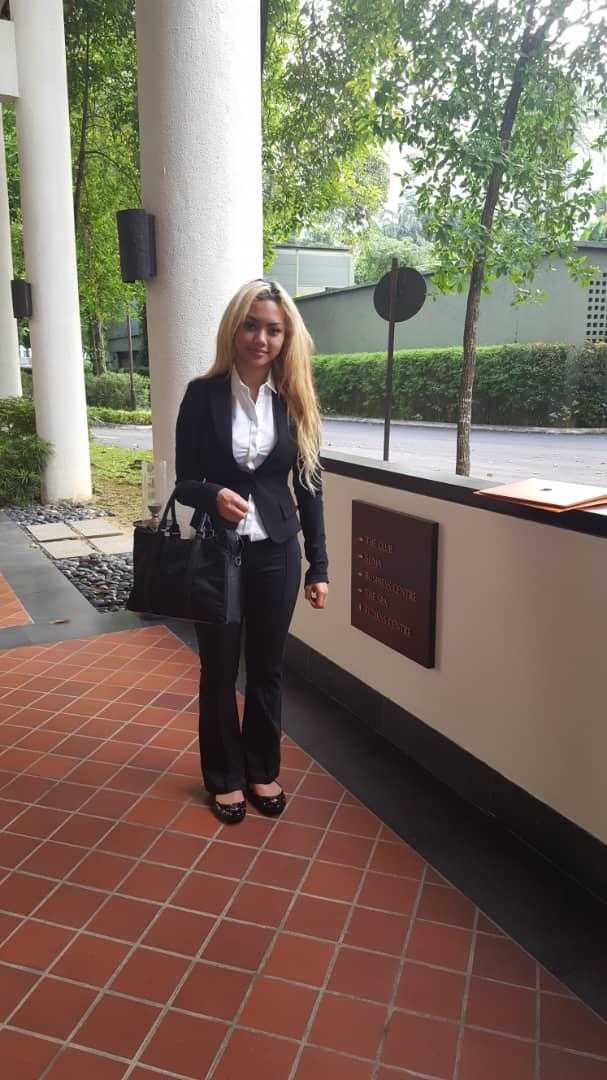 Ever since then, Raisa has also been approached by multiple companies to sell their multi-million dollar listings from all over the world at the same time. 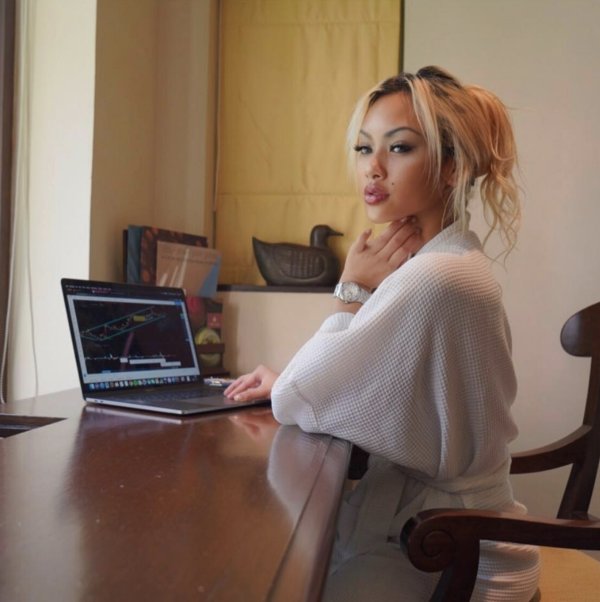 Besides Forex investments, Raisa also has her hand in extravagant multi-million dollar listings in Malaysia and around the world including Italy, Russia, even in the ever-popular Los Angeles. 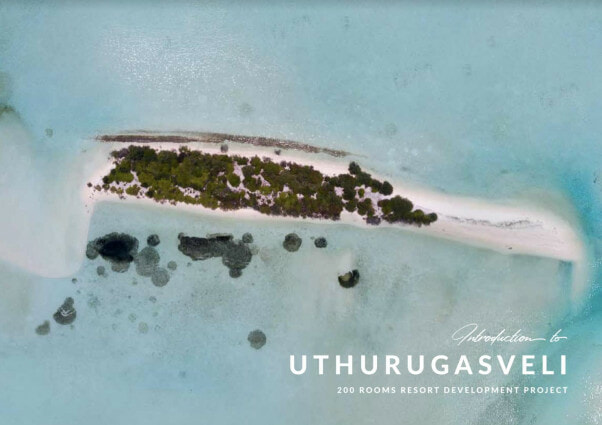 The best part is, anyone can purchase these incredible listings and properties from Raisa. Whether you have a taste for extravagant mansions by the beach or you want an entire island to yourself, she has it all and is on a mission to help Malaysians and individuals around the world invest in their own legacy.

Just look at some of her listings: 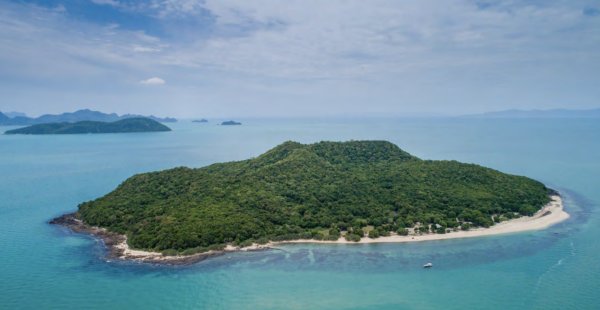 So if you or your parents have some extra savings lying around and are looking for good investment opportunities, you know who to look for! You can easily get in touch with her via email: [email protected] 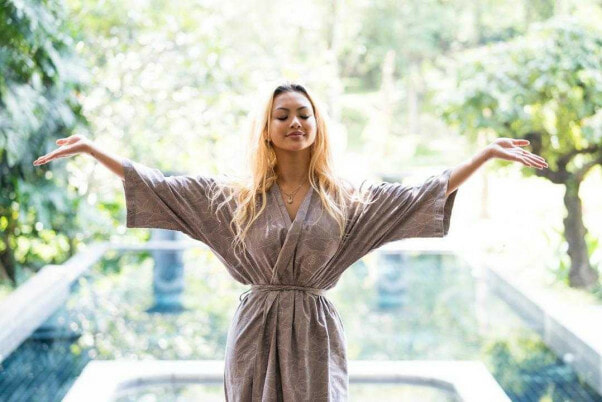 “I intend on helping the world.”

Because of her own past, Raisa hopes to be able to help those who are in the same boat she used to be in. Those going through conscious or unconscious addictions, those suffering from mental health issues, anxiety, depression, even poverty.

“I aim to be in a position to ALWAYS help, and strive to be the best version of myself in every aspect.”

This just goes to show that our past doesn’t necessarily determine our future.

8. Currently, Raisa ranks number #3 for the Highest Riser in Malaysia and is also one of the top 10 most popular in Malaysia 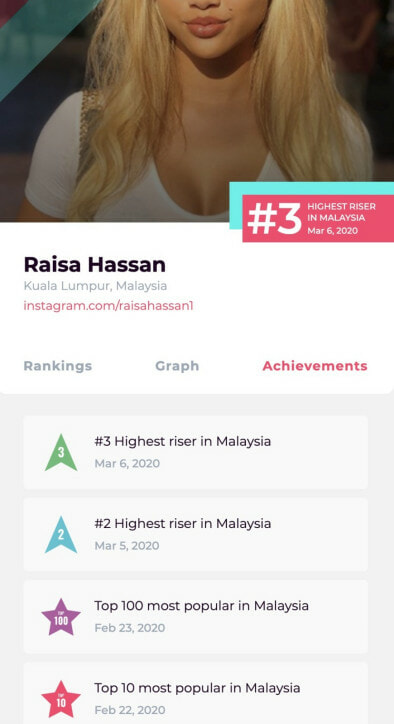 Thanks to an eventful last couple of years, Raisa has been recognised and awarded for all her hard work and has achieved recognition from Stargirls.org including:

And so much more. Coming from an individual who once couldn’t be bothered about her future and spent most of her nights partying until she passed out, Raisa has come a very long way and her story is truly one to behold.

If you’re reading this and you’re considering earning a passive income just like Raisa, her advise is this:

“Do it. Do whatever makes you happy. If having a passive income will enable you to a freer life, just do it!”

Evidently, all it takes is will power and a willing heart to get to wherever it is you want to be. If Raisa was able to pick herself up and become who she is today, you can too!