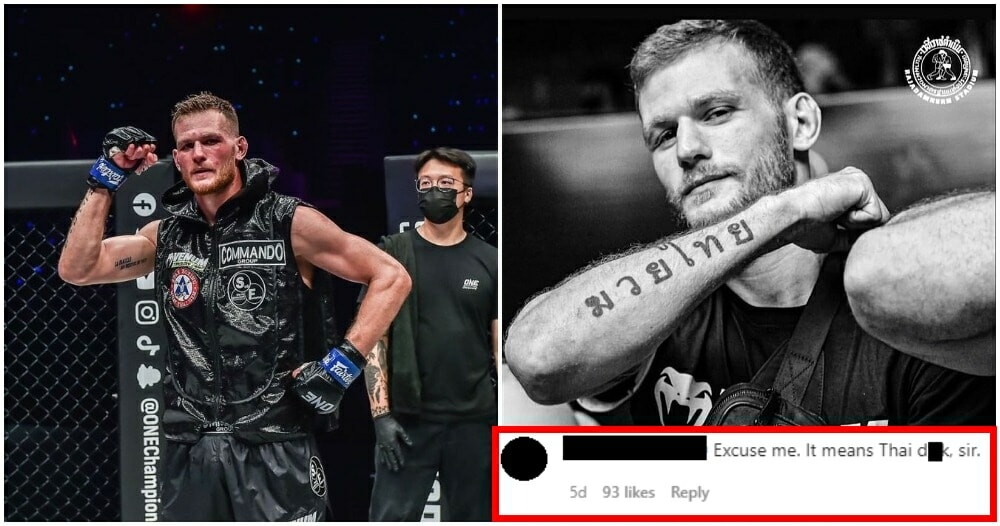 We’re sure that you have seen many compilations of failed tattoos be it unrealistic pictures or quotes with typos. However, this definitely takes the cake for us.

Jimmy Vienot is a French Muay Thai kickboxer and is the reigning SUPERKOMBAT World Middleweight Champion. He started learning Muay Thai ever since he was 13-years-old.

The martial art has had a big influence on him and his whole life to the point where he got a tattoo of “Muay Thai” on his forearm. 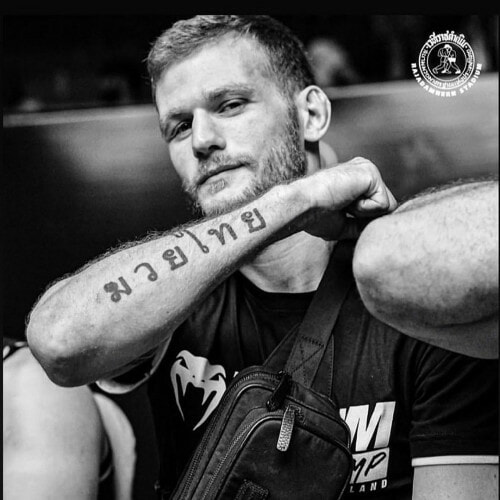 On 6 June, he showed off his tattoo in an Instagram post which left Thai netizens were both amused and horrified as they spotted that there was a typo in the tattoo.

Netizens pointed out that the mistake occurred on the very the first letter, where the “head” is supposed to be attached and not “broken”. The wrong choice of the letter has caused a very big shift in meaning.

มวยไทย is pronounced as Muay Thai while ฆวยไทย (the tattoo on Jimmy Vienot’s arm) is read as Kuay Thai which translates to Thai D*ck.

Some say that his tattoo is disrespectful to Muay Thai and it should be fixed.

Others believe that the tattoo artist is at fault and that no matter what, it should still be fixed. 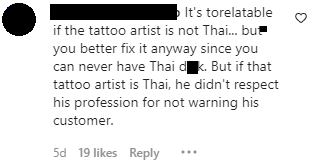 Well, we’re not sure when exactly he got the tattoo but we managed to find the oldest photo of him sporting the tattoo on his Instagram page dating back to September 2018.

We are of the opinion that he should definitely fix it but what is your take on this? Let us know in the comments!

Also read: “I like to be different” Italian Man Gets A Tattoo Of His Vaccination QR Code 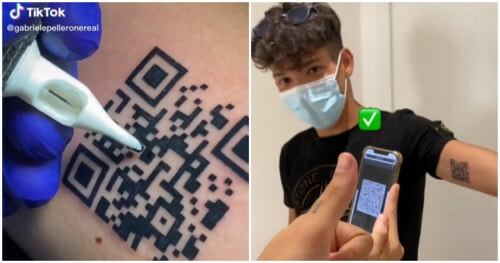