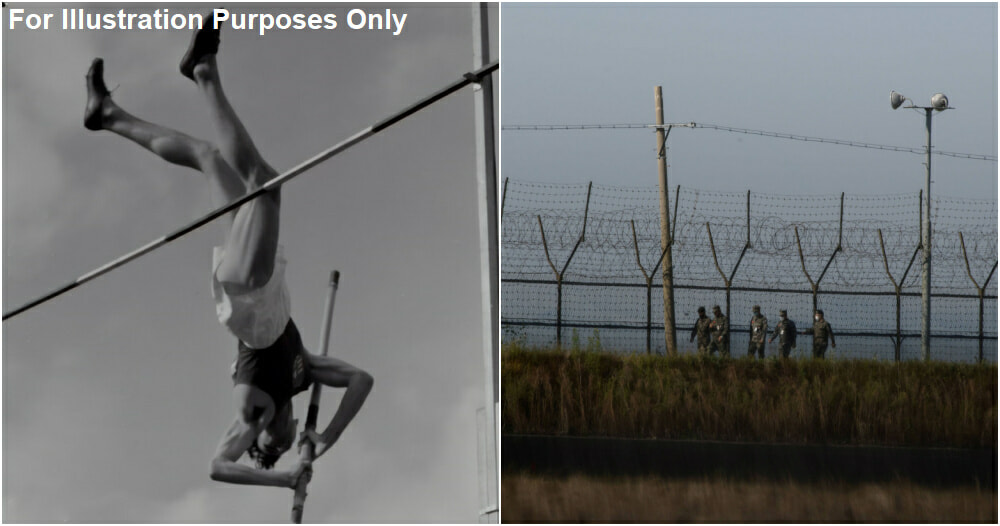 Earlier this month, A North Korean man seeking freedom by escaping his homeland took a 12-foot leap over the border and managed to successfully flee the country by pole vaulting over to South Korea.

The man, who is in his 20s, happened to be a former gymnast.

According to BBC and NPR, the man crossed into South Korea through the Demilitarized Zone (DMZ) at around 7pm, on November the 3rd, evading capture for 14 hours.

He was found by South Korean soldiers at around 10am the next day, less than a mile away from the border.

South Korean officials did investigate and questioned the man’s story, as well as his motives for crossing over the border.

Officials had to make him jump twice in their presence to prove that he was capable of hopping over the fence, according to The Korea Herald.

It is believed that the man is still under investigation by South Korean officials.

It is also said that the authorities believe his lightweight and gymnastics experience lends credibility to his story and likely aided in his escape.

The military previously said the fences the man crossed appeared pressed down but had no evidence of being cut or otherwise modified.

BBC also mentioned that South Korea said a loosened screw in its border sensors is the reason for defection from the North going undetected.

South Korea’s military also announced it would now check every sensor at the inter-Korean border.

The system was actually installed back in 2015. It is supposed to alert guards if there is some sort of impact on the fence.

South Korea’s Joint Chiefs of Staff also said that because of loose screws, the sensors had not worked properly.

The gymnast defector was later picked up by surveillance cameras.

Also Read: Police Officer Injured While Trying To Detain 16yo Mat Rempit Who Tried To Escape 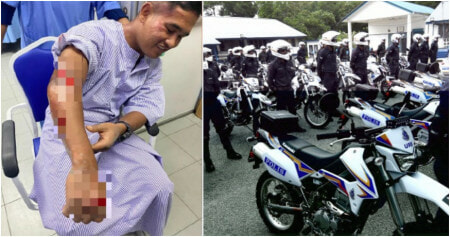