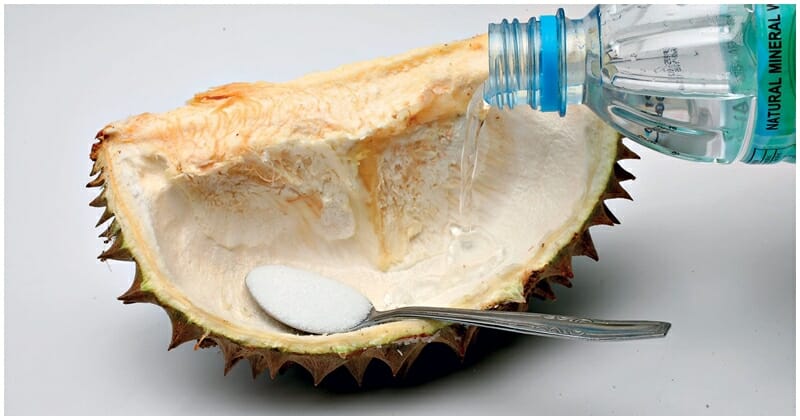 Ask any durian aficionado and most would agree that the practice of drinking water (in some cases salt water) out of durian husks can reduce heatiness.

But how far is that myth true?

One netizen argues that the practice passed down from our durian loving ancestors is actually based on fact. Who knew, right?

A netizen asked Twitter why the practice of drinking from the durian carpel can be the antidote to feeling like you have a furnace inside of you after a bountiful durian meal.

I still drink from durian carpel to avoid feeling feverish. What’s the science behind this? pic.twitter.com/eFcR7cyc8N

In response, netizen @syafawaniiiii explained that there are certain chemicals in durian that are similar to garlic, which gives you that feeling of eating something spicy. 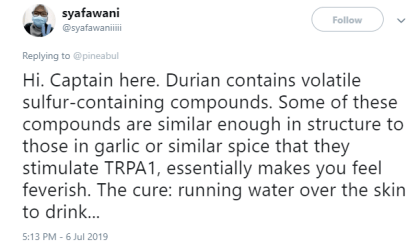 These chemicals activate the TRPA 1 or transient receptor potential ankyrin 1 receptors, which make us feel all kinds of things such as pain, cold and itch. 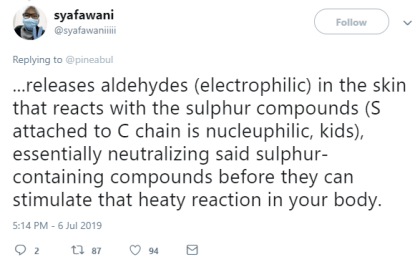 “The cure: running water over the skin to drink releases aldehydes (electrophilic) in the skin that reacts with the sulphur compounds, neutralising the sulphur containing compounds before they can stimulate the heaty rection in your body.”

The science above seems to check out. But before you believe it, hear it from a Traditional Chinese Medicine (TCM) expert.

TCM Physician of Raffles Chinese Medicine Chew Hong Gian confirms this. He says the practice of drinking salt water can reduce toxins, heatiness, and some of the undesirable effects of eating durians. Although, he says this is mostly due to the salt water itself, rather than from drinking from the husk.

The next time you feel feverish after finishing off that RM10 per kg Durian basket, might as well pour water into that husk and lap it up! 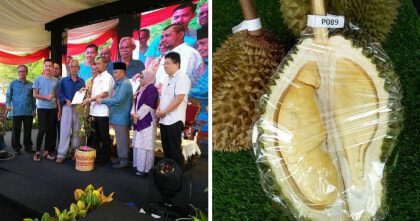