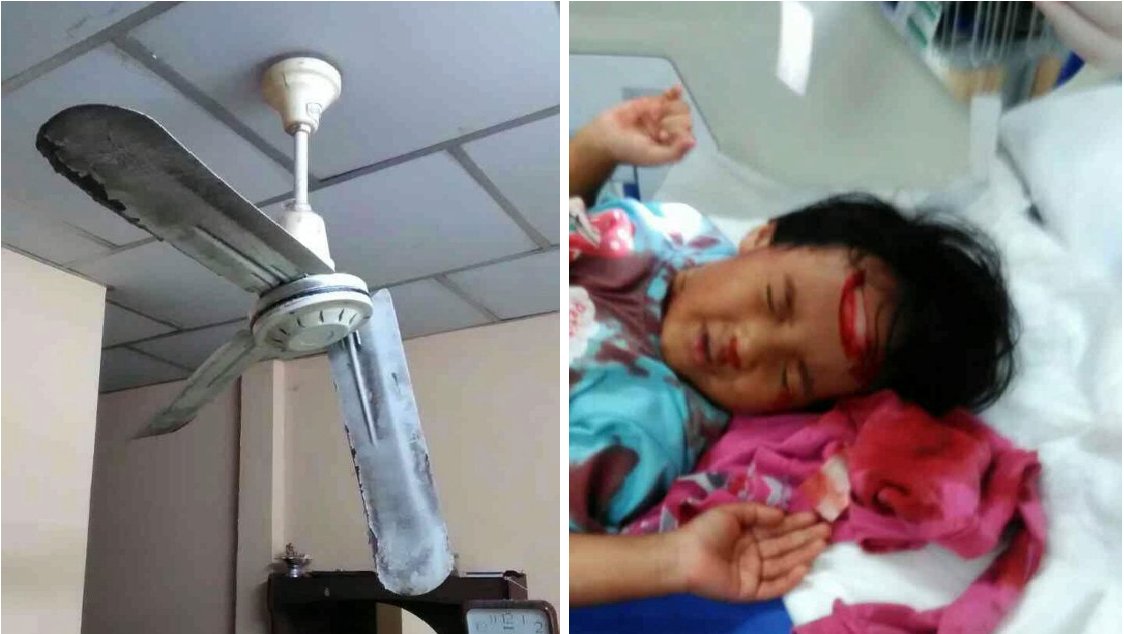 They say it’s all fun and games until somebody gets hurt. in this case, a young Thai dad known as Em was home playing with his 3-year-old daughter, Oum Phoeykiln when she accidentally got really badly injured.

While the 25-year old dad was lifting his daughter into the air, her head was struck by one of the blades of the ceiling fan, reports The Sun. 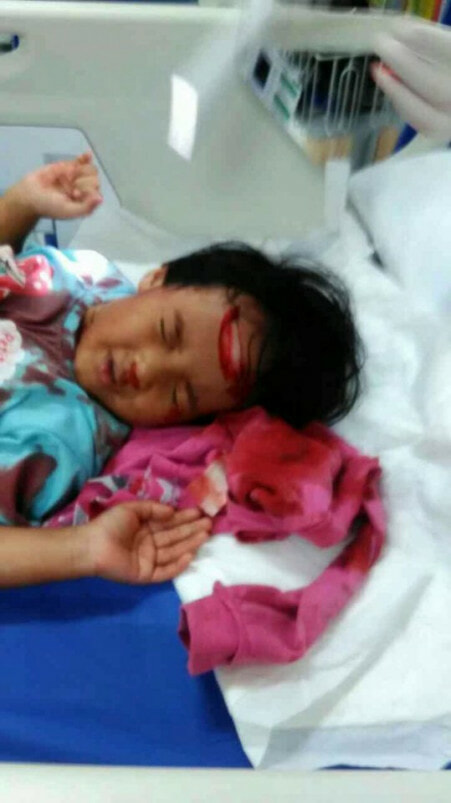 “I was just playing with her at home like we do all the time.

“Somehow when I was throwing Oum up in the air, her head hit the fan. I wasn’t letting go of her and she was still in my hands. But she just hit the fan,” Em told the papers.

The impact of the collision was so severe that the blade of the fan was BENT after the incident.

Its blade can be seen visibly inches from being knocked off his hinges. As for Oum’s injury, we’ll leave it to you to observe it for yourselves. 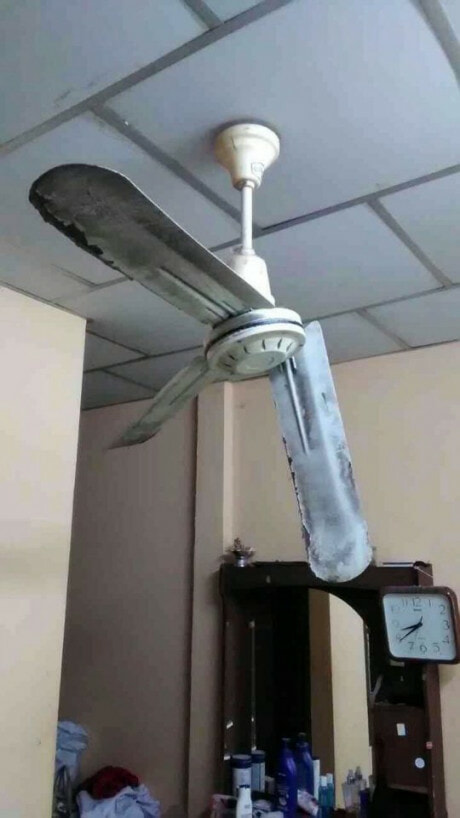 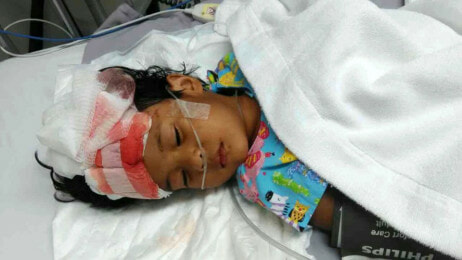 But the crucial moment is far from over.

The traumatized Em rushed Oum to a hospital in Rayong, Thailand only to face an unexpected hold-up.

“She was in pain and blood was coming out everywhere. It was terrible, all I could think about was getting her to a hospital.

“Seeing her in pain like that was hurting my heart a thousand times over. And the doctor said it would be almost £1,550 (RM 8,008) to do the surgery.

“We don’t have that money but the doctor said ‘don’t be slow to decide, as it could be too late’.”

Left without much of an option, Em who works as a driver agreed to the cost of the operation.

“They wouldn’t reduce the price but they did the operation and we are selling our belongings at home to pay for it,” he said.

With the parents’ consent, surgeons performed the emergency surgery and stapled shut the 4-inch-long scar. 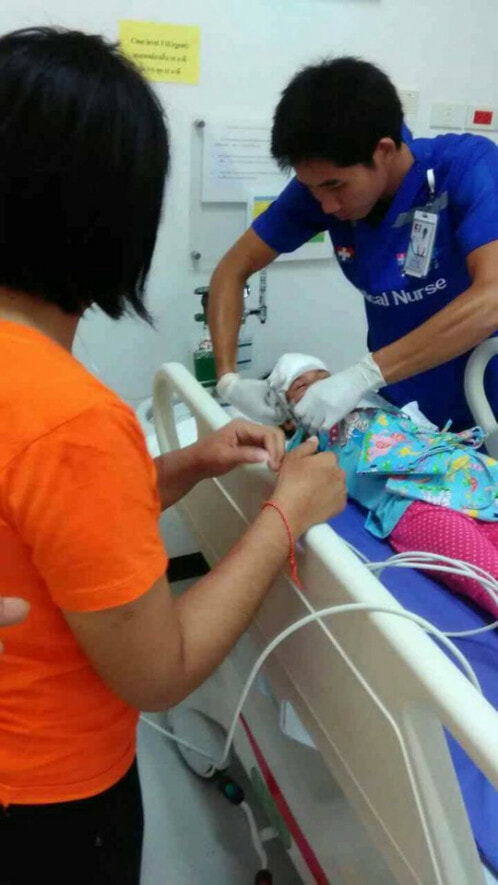 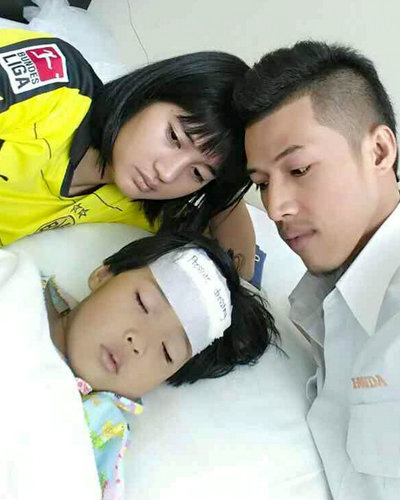 Besides the financial struggle the family had to overcome, Oum is already discharged and is now running around the house in good spirits.

“Oum is better now and we’re grateful to the doctors and nurses that helped her.

“She has been so strong and we’re proud of her. Now she’s smiling again, but we won’t be playing that game anymore,” commented Em.

Em added, “We would pay any amount of money to have saved our beautiful daughter.

“But we have a huge bill that we’re battling to pay. We asked the hospital for a discount but it’s not easy to give that to anybody.”

Em sure has a huge bill to clear, considering the average monthly salary in Thailand is THB $13,652 (RM 1,577), as reported by Trading Economics.

However, his attitude towards the accident has encouraged readers that Em will slowly but surely guide his family through this hurdle.