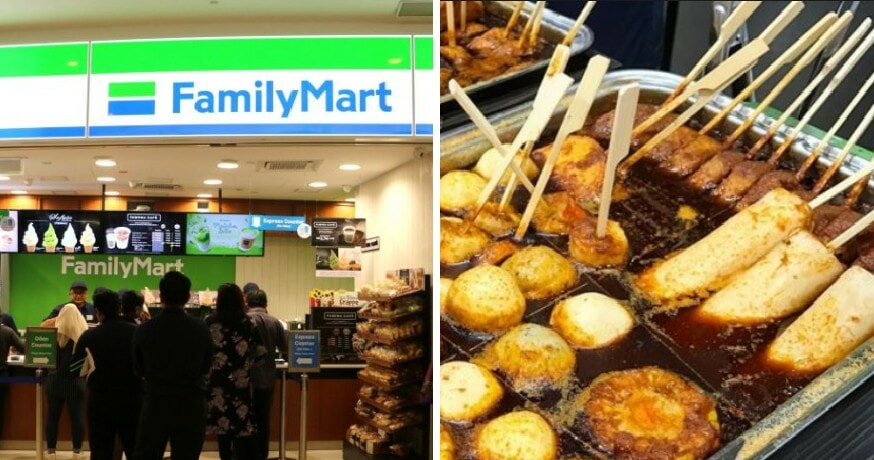 Have you ever wondered whether the popular Japanese convenience chain store, FamilyMart is certified halal? Well, here’s the answer!

If you love FamilyMart, chances are you’ve tried their famous Oden, which is the Japanese equivalent of the Malaysian lok lok. Besides that, they’re also famous for their variety of sandwiches and warm food that’s easy to just grab and go. But have you ever asked yourself whether these food items are halal? 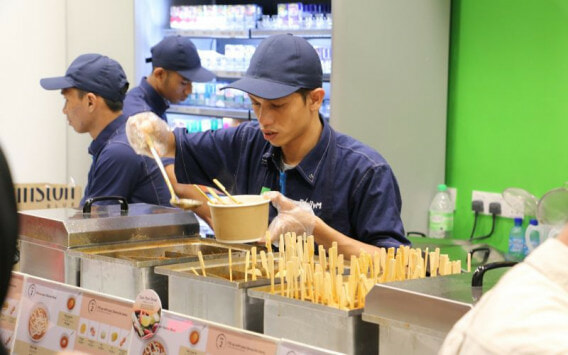 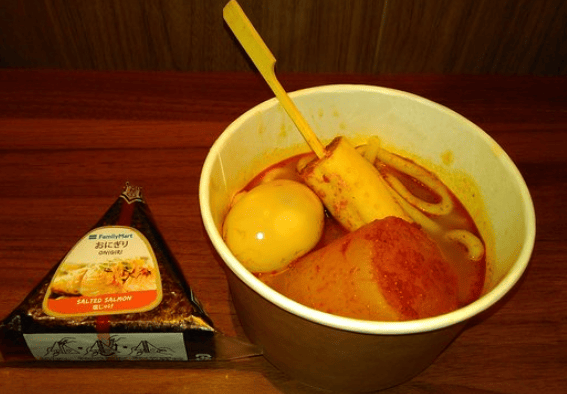 Well, here’s the answer to that question!

According to LobakMerah, a Facebook page named “Sahabat Halal” stated that FamilyMart does not have a valid halal certification.

Here’s a brief translation of the post that was written on 13 January;

“FamilyMart does not hold any halal certificate. Hence, the halal status of the food that is considered critical from the aspects of syarak is being sold in the convenience store, especially all those food cooked inside the store itself. It is not known if the food is halal or non-halal as it is not reviewed and confirmed by authourities.” 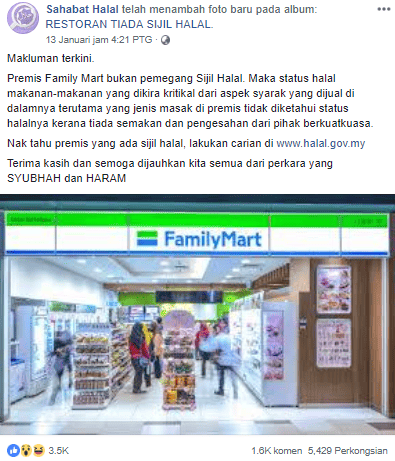 Hmmm, now this is confusing.

From the Facebook post, it is mentioned that one can check on the halal status of a particular premise by visiting the Halal Malaysia Official Portal’s website.

A quick search by typing FamilyMart in the search engine shows that the premise does not own any halal cert.

However, there’s nothing to fret about because it doesn’t mean it’s haram, here’s why.

According to REMAJA, Imam Young Asyraf stated that premises without halal certificates are not necessarily considered to be illegal. These premises have just not applied for its halal status yet. Phew, now we know!

Here’s a brief translation of what Imam Young Asyraf was quoted saying;

“For instance, shops that are selling tom yam, nasi lemak and many others are all small shops without halal certificates. However, we usually believe and do not hesitate to eat as we always keep an eye on the chef and the owner of these shops. Also, applying for halal certificates requires more time as it is not easy at all.”

“The application of this halal certificate is necessary to convince the public that the premises are halal and unobtrusive,” he explained.

If you had any doubts before about stores or eateries without the halal status, we’re pretty sure Imam Young Asyraf’s explanation would have cleared your doubts!

That said, we hope FamilyMart will get their halal certificate soon so that more people can have peace of mind when they get food from the convenience store! 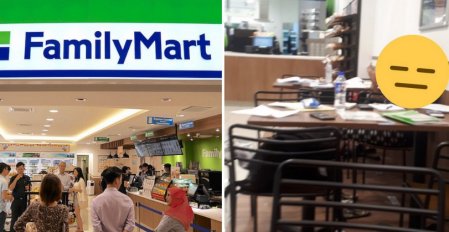