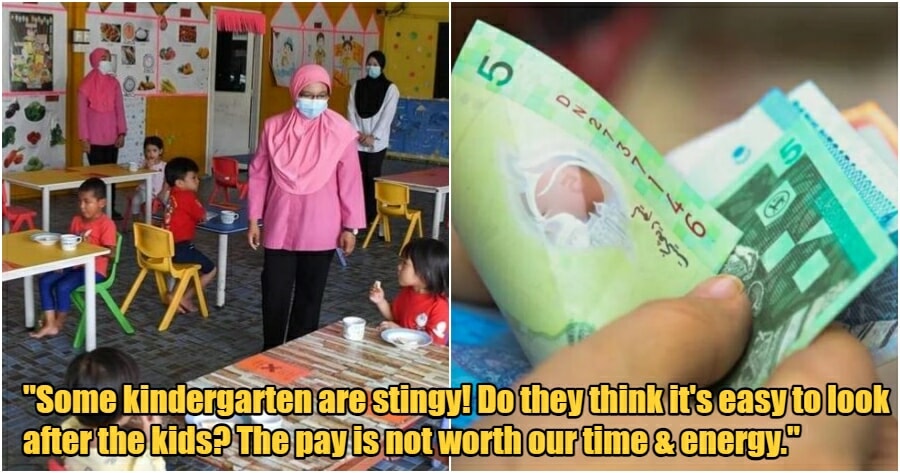 The minimum wage was increased to RM1,500 last month. While it may be good news to some people, unfortunately, not everyone has the luxury of earning even the monthly minimum wage.

Recently, a Twitter user, Fedtri shared a screenshot about the lingering question of an anonymous kindergarten teacher. 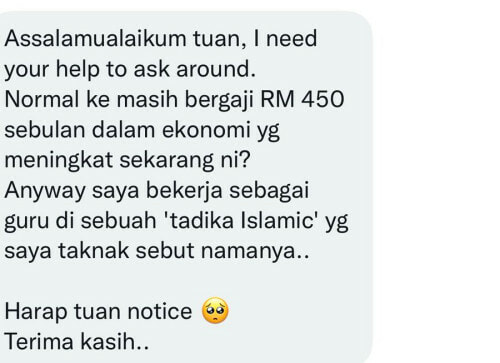 “Is it still normal to earn a monthly pay of RM450 nowadays?”

The person revealed that he/she is currently working at a ‘religious’ (Islamic) kindergarten whose name was not disclosed. It is indicated that the person is not the only one suffering from the significantly low pay.

Fedtri then shared a few more anonymous screenshots where the people expressed dissatisfaction with their low pay.

“I’m a helper for the KEMAS early childhood education programme with only a salary of RM500 per month.”

Another kindergarten employee in the screenshot below is also clearly suffering from extra work without justifiable pay. 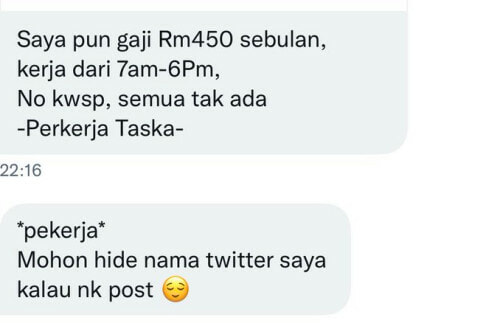 Fellow Malaysians in the comment sections have taken the opportunity to share their very own experience of earning a pay far lower than the minimum wage.

“My girlfriend works till night without getting overtime pay (OT). As a kindergarten teacher, she had to move all the stuff when her workplace moved. She taught in the morning and move the stuff at night, all these for RM800 per month. She had to take MC due to overwork.”

“Some kindergarten are stingy! Do they think it’s easy to look after the kids with all the responsibilities? The pay is not worth our time and energy.”

In the meantime, other Malaysians think that these people should have the matter reported to the labour department for the ridiculously low pay.

“Is this the pay from centuries ago? Do report it to the relevant authorities. It’s true that you should be sincere in your job but you have to stand up for yourself when you’re oppressed!”

“It’s cheap labour. I used to work for a kindergarten and the co-founder used to say they would’ve only given RM800 if not for the minimum wage of RM1,200 back then.”

Despite the current minimum wage, a lot of us are still struggling to survive and make do with what we have. We cannot even imagine surviving with RM450 per month. If you have worked at a kindergarten or if you happen to know anyone who does, is this pay considered normal? 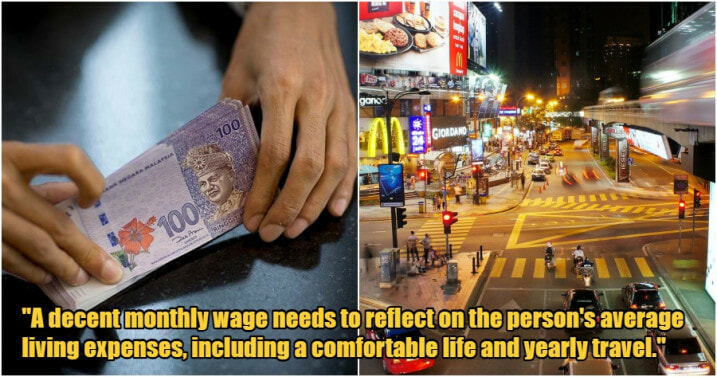