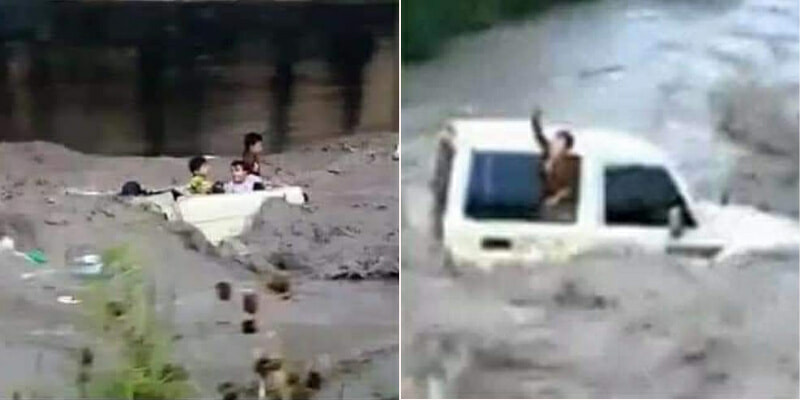 Floods are something that hit almost every part of the world, leaving devastation in its wake.

Sadly, the current flood in Yemen has caused 130 casualties so far and have left more than 260 homes severely damaged.

One video, as showcased by @24news24hour, shows a family in a jeep getting swept away by strong currents.

As according to Al-Manara, the passengers in the jeep were believed to be a family of six and unfortunately, only the father survived.

It was reported that the driver of the jeep had tried to continue their journey through the rushing waters but ultimately failed to navigate through. In the video, the jeep could be seen floating away in the water before getting overturned.

The body a woman, believed to the mother and the bodies of three young children aged between six and 13 were found in separate locations, whereas the body of their 14-year-old child has yet to be found.

Driving through floods can be a very dangerous move and highly unrecommended. It’s truly unfortunate that the man lost his family.

Also read: B40 Malaysians Forced To Survive On Instant Noodles & Abandon Education Due to Pandemic