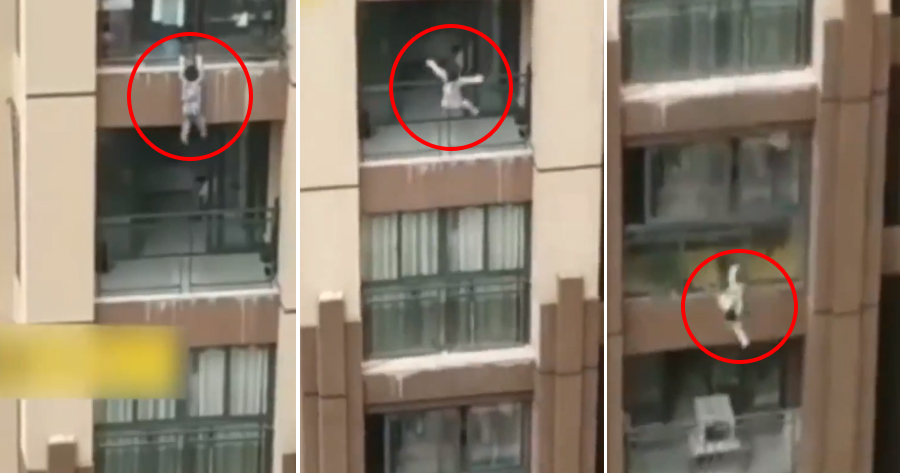 A three-year-old boy was miraculously saved by a group of people when he fell off the sixth floor balcony on Monday (29th July).

It is not known how the boy managed to get himself into such a life-threatening situation, but a video shows him hanging on for dear life from the sixth floor balcony of a residential building in Jiulongpo District, Chongqing in China. 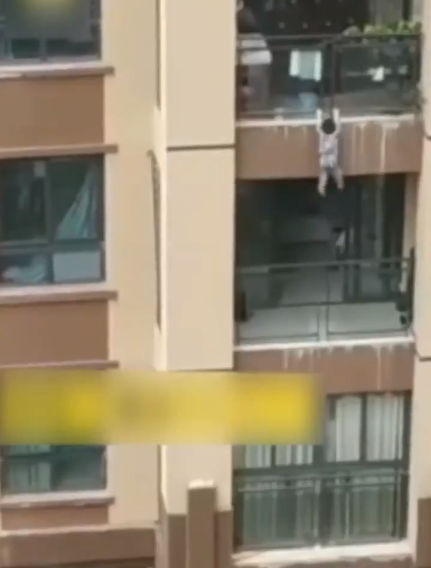 Several neighbours gathered around at the bottom of the building holding what seems to be a blanket, in an attempt to catch the boy if he falls, reported Sina News.

One of the witnesses at the scene, Liu, who lived on the 27th floor, said that there were very loud screams and shouting. He said that boy held on to the balcony for a while.

“He struggled several times, grabbing the iron fence with both hands, climbing with his legs against the wall, nearly making it but sliding down,” he said.

Moment later, the boy could not hold on any longer and fell from the balcony and onto the blanket that was spread beneath him. 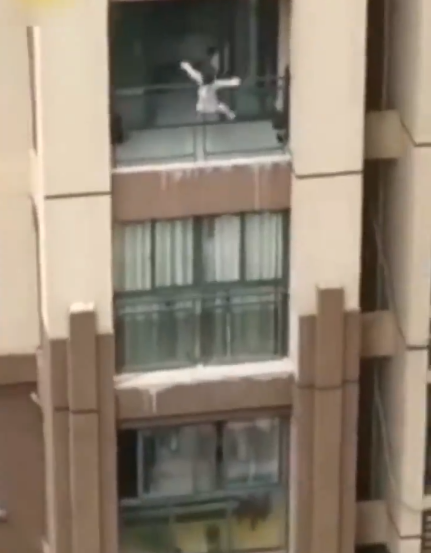 Loud screams were heard as that happened, but thankfully the boy was saved. He was then taken to the hospital for treatment of minor injuries.

His parents were reported to be at work at the time of the incident.

Watch how it happened here:

Never leave your child home alone! Toddler who climbed out of high-rise building balcony was luckily caught by neighbors with a blanket pic.twitter.com/IPvUlKz1km

So scary! Thankfully the neighbours were there to catch the boy when he fell. 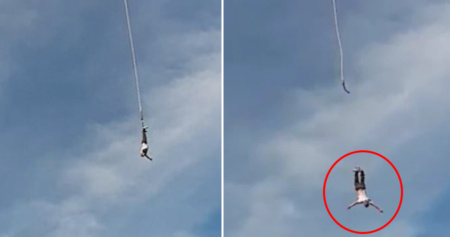