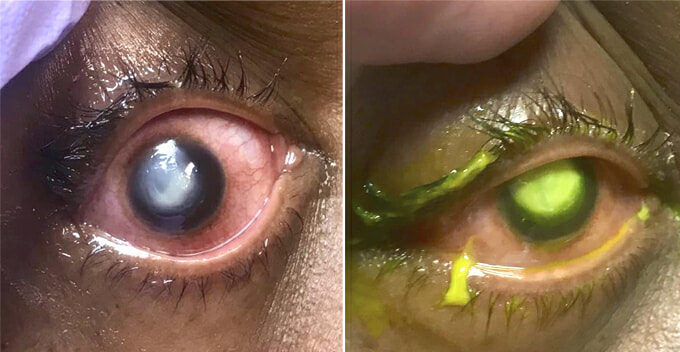 Just because you’ve never had any problem doesn’t mean it’s okay to sleep in contact lenses.

Just a few days ago (29 April), an ophthalmologist from Vita Eye Clinic in the United States shared his patient’s case on Facebook and it went incredibly viral, garnering over 275,000 shares in just four days. Apparently, the patient’s cornea was eaten away by bacteria after she slept in contact lenses. 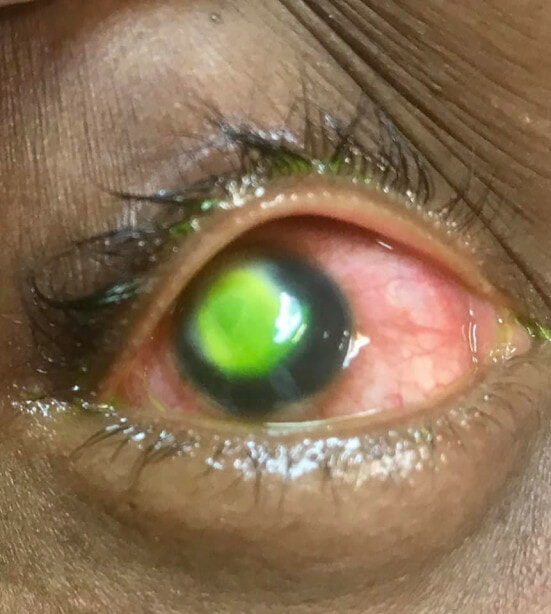 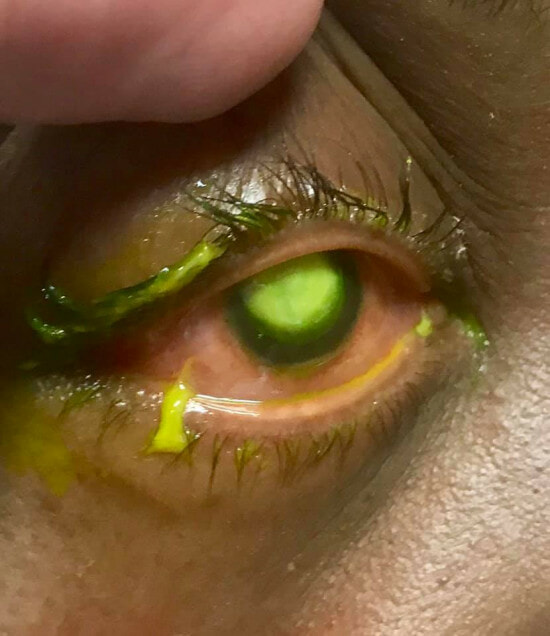 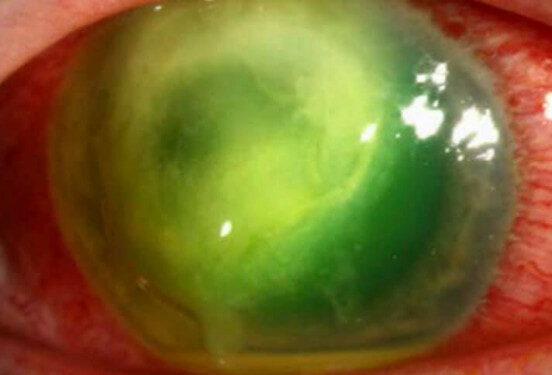 Here’s what the doctor said.

“Pseudomonas (bacteria) is an important cause of ocular morbidity and its opportunistic characteristics quickly lead to permanent blindness. The bacteria explosively eats away at the patient’s cornea in a matter of days leaving soupy, white necrosis (dead tissue) in its wake.

“I was able to start this patient on fortified antibiotic drops around the clock and recently steroids to reduce permanent scarring. While this patient’s eye continues to drastically improve from baseline, she will very likely exhibit some form of residual vision loss even after treatment.

“It takes seconds to remove your contacts but a potential lifetime of irreversible damage if you choose to leave them in. People need to see these images and remind themselves, family, and friends to also be aware of contact lens misuse.”

The doctor later clarified that the eye appeared to be green because of the fluorescein dye that was instilled in the eye. The area that accumulated the dye in the pictures was the ulcer bed – and the ulcer itself was formed in just 36 hours! It is understood that the patient was first referred to the doctor for a ‘small ulcer’ but after an examination, a massive ulcer was detected and her vision was reduced to light perception only. 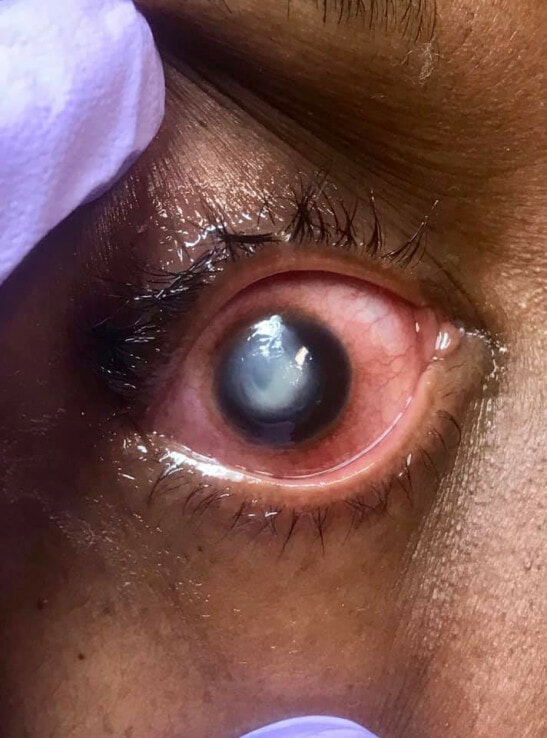 The doctor also said that it’s becoming more common for people to wear contacts overnight and this is associated with to an increase of cases with microbial keratitis in the eyes that would not usually develop the condition. Consumers are urged to avoid keeping their contact lenses in overnight as it’s not worth the risk.

“This is straight from the medical literature and is not debatable. Don’t sleep in contact lenses.

“Yes, this post is a ‘scare tactic’ to get you to stop sleeping in contacts,” he added.

It’s true that contact lenses provide more mobility and convenience for the users but it will surely backfire if the users chose to ignore basic hygiene. Know anyone who wears contact lenses and practices this habit? Share this article with them!

Also read: Gruesome Images Of Malaysian Man Prove Why You Must Be Extra Careful With Contact Lenses 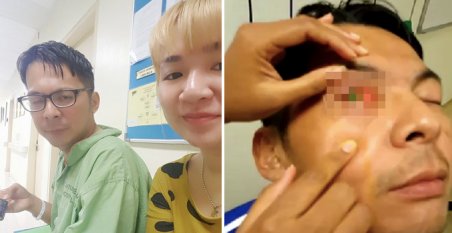