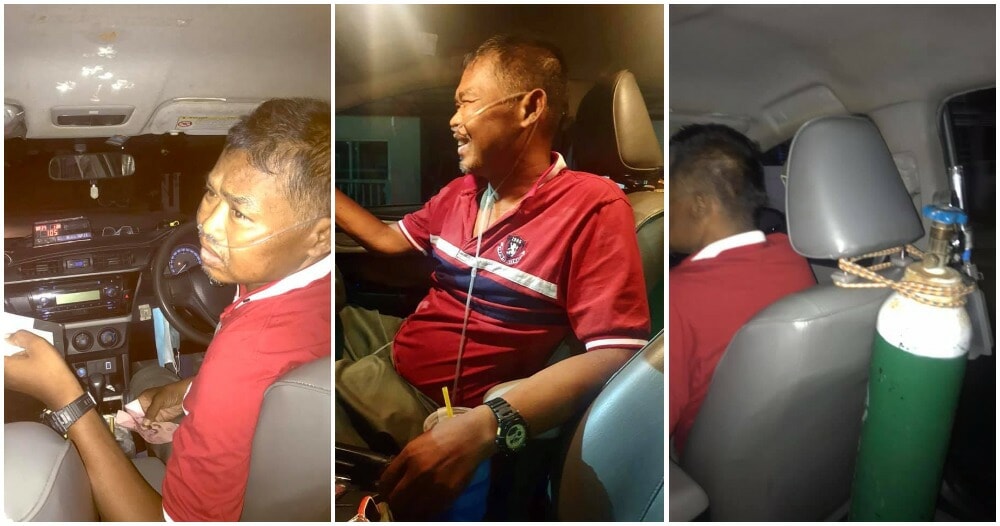 Just recently on Thai Internet, a disease-riddled taxi uncle took the spotlight with his tearful story.

His plight was featured in a viral post by a woman, Nongying Chuaibamrung on 26 August. His story was so impactful that the post has garnered 78,000 shares as of the time of writing. 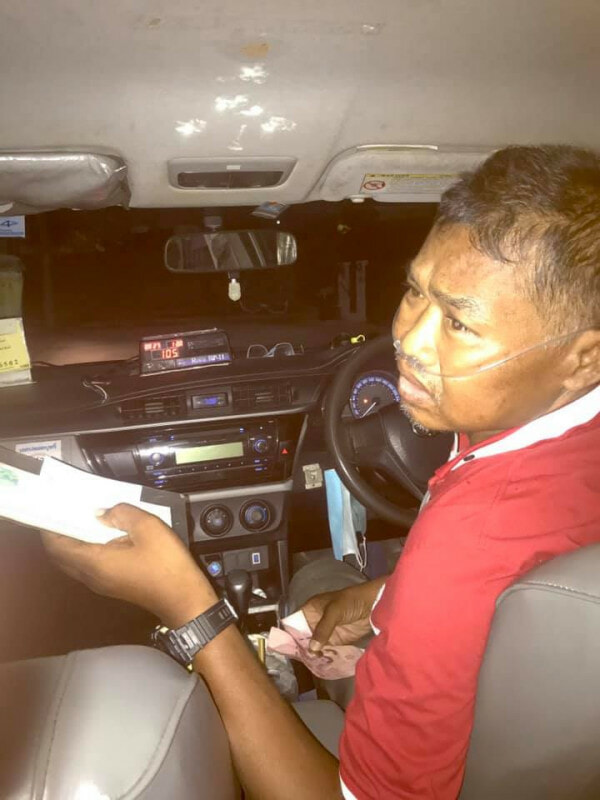 The story starts off with Nongying taking the taxi. She was on the phone when she entered the vehicle but she noted that the driver was driving rather slowly and that irritated her. Just as she put down her phone, the driver asked her to check if the oxygen tank behind his seat had any bubbles in the tube.

Alarmed, she checked it and asked what the uncle’s problem was. He said,

“I have many diseases. My eyes are not good and my kidneys are not functioning well too. I have to do dialysis (CAPD) even when I’m driving. Due to lung flooding, I need to have an oxygen tank with me.”

When Nongying questioned further, he said that he is currently living alone in a rented room. The government is only giving 800 baht (RM106.40) of welfare to him monthly and he still needs to pay rent and survive. To combat that, he rented a taxi just so he can earn money. 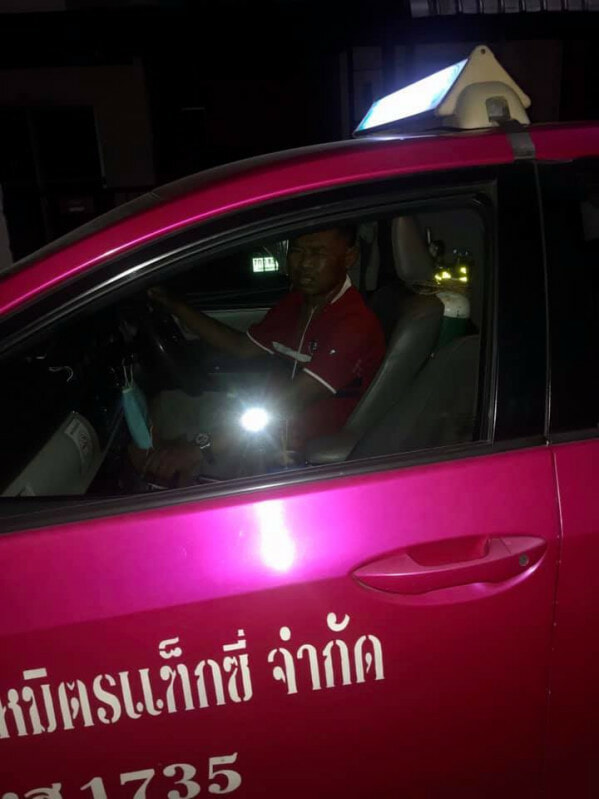 After hearing this, Nongying felt so sad for him, she gave him additional money on top of the fare and decided to post his story on her social media with his consent. The story went viral and got the attention of the local media. 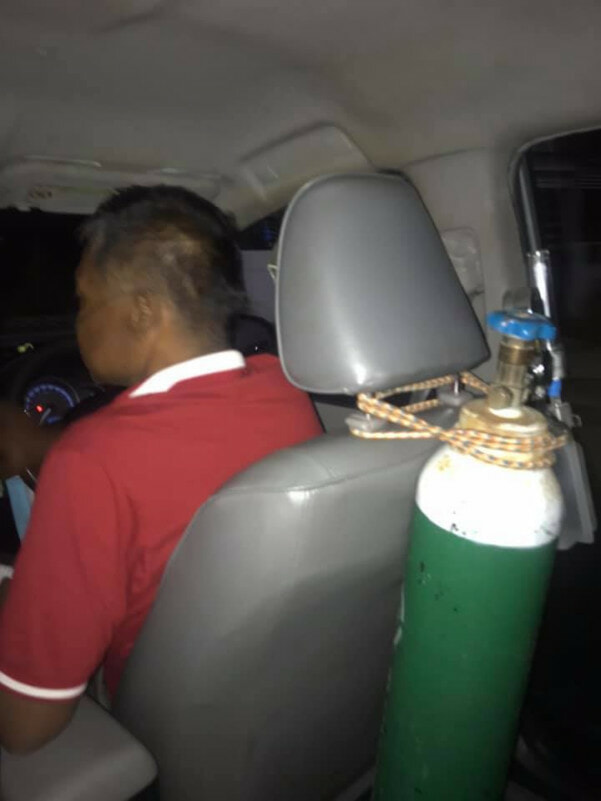 After doing some digging, the netizens managed to find the uncle’s name which is Sumeth Singpun. In addition to kidney failure, he also has diabetes, high blood pressure, lung flooding, swollen and deformed legs and a few toes amputated.

According to Channel 3 Thai News, this taxi uncle has a son but he has a very low-paying job so he can only send a small amount of money to his father every month. Plus, Sumeth sold off his mobile phone, so his 18-year-old son was unable to contact him.

He is unable to sleep laying down as his lung is flooded. If he does, he will suffocate in his sleep. So he sleeps while sitting, he is also unable to sit long as his legs will swell up. 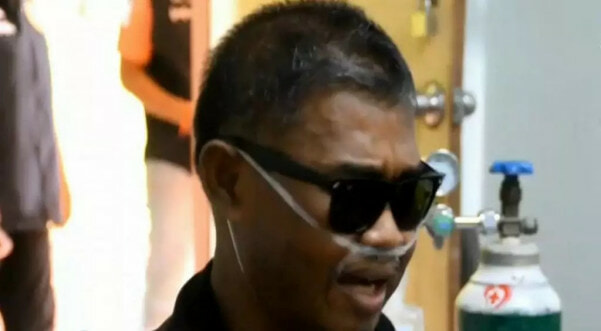 When the news team went to visit the Sumeth on 28 August at his rented room, he greeted them with a big smile. He told them,

“Many kind and generous people have been visiting me and gave me lots of help.”

He was also informed that his son was actually the one who set up the donation channel and everything. As the news team was in constant contact with Sumeth and his son, they reconnected them via a phone call. It was the first phone call the two had had in a long time and Sumeth cried while on the phone as he missed his son a lot. 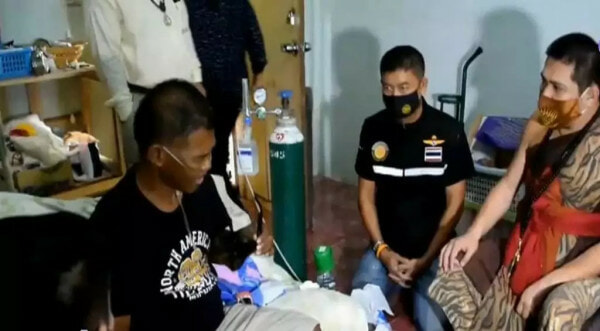 The donation account had amassed 1,189,487 baht (RM158,050) and it is now closed. Sumeth said that the money will be used to buy a small residence (so that he doesn’t end up homeless) and other daily needs. His medical expenses are covered.

Sumeth has also said that he will not be continuing work as a taxi driver as many people have advised him not to. He is inherently thankful to everyone who donated and will be looking for a new job more suited to his needs. 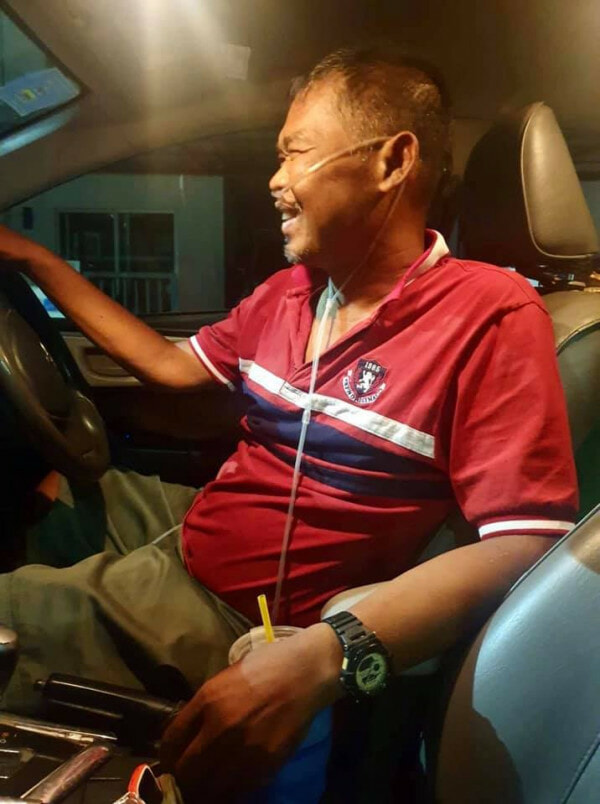 We hope that Sumeth will be able to live more comfortably now. 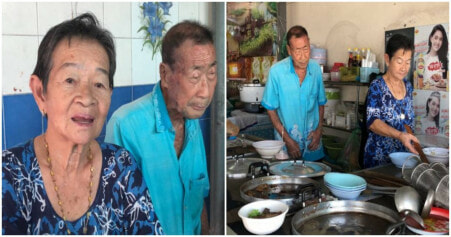