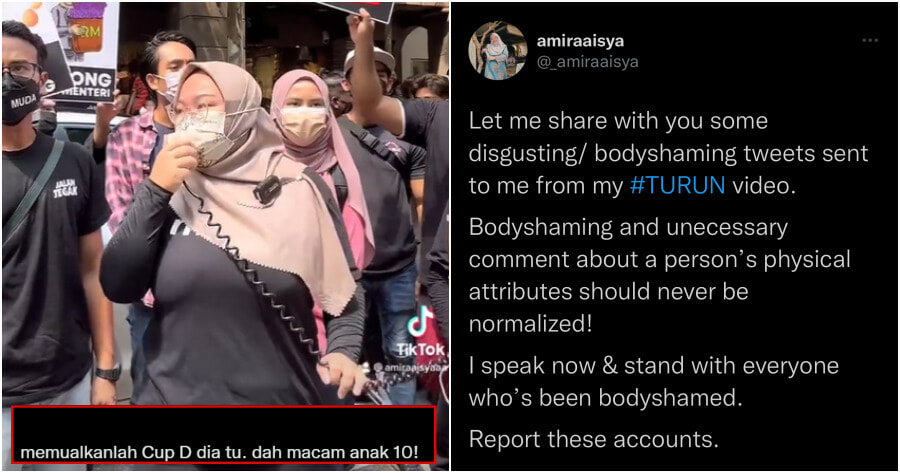 The recent Turun protest which was organised by various student organisations and youth groups was recently publicly condemned by student unions of various local universities.

Apart from being condemned, it seems that those who were key figures of the protest were also subject to some abuse from harassment from netizens.

Recently, Puteri Wangsa DUN and Deputy President of MUDA Amira Aisya was subject to nasty comments by netizens after she had shared a video of her at the protest. 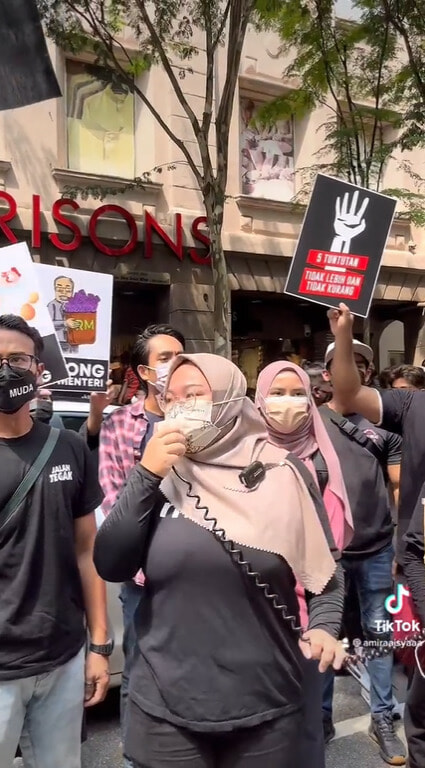 The video was of her speech at the protest. However instead of words, what she was wearing was what caught the attention of critics.

The video went viral on social media where certain netizens took to the comments section to comment on what she was wearing and her body instead of her speech and why she was at the protest.

Following the rise in hateful comments against her, Amira took to Twitter to expose some of the commenters.

“Let me share with you some disgusting/bodyshaming tweets sent to me from my #Turun video. Bodyshaming and unnecessary comment about a person’s physical attributes should never be normalised! I speak now & stand with everyone who’s been bodyshamed.”

She urged others to report these accounts and that she will be filing a police report on each one of them especially against one user who sexually harassed her and said that “her D cups make him nauseous and that she looked like someone who has had 10 kids.”

Meanwhile, another user commented, “Your body is too obese! Stop playing your politics. We know that it’s our right to protest but you guys still want to play politics.”

“How many percent of Malaysians are obese? The cause – eating too much. If you have money better to donate. Don’t eat too much. Later on you’ll become stupid,” said another user.

The act of cursing and insulting someone’s body shape is a criminal offence. The law that applies in Malaysia to deal with the crime is under Section 233(1)(a)(b) of the Communications and Multimedia Act 1998, Section 509 of the Penal Code (KK) and Section 14 of the Minor Offenses Act 1955.

For offenses under Section 14 of the Minor Offenses Act, a person charged can be fined not more than RM100. 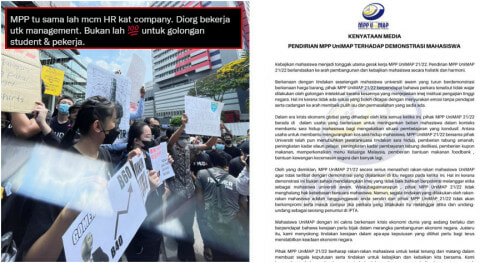