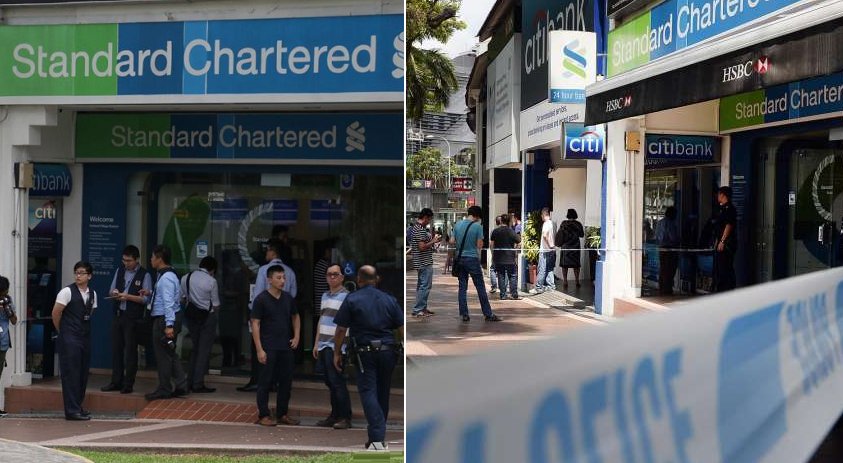 The Straits Times reports that a Standard Chartered branch in Holland Village, Singapore was robbed of a total SGD $30,000 (approximately RM89,200).

However, it was not the amount of cash stolen that interested people but the robbery itself. 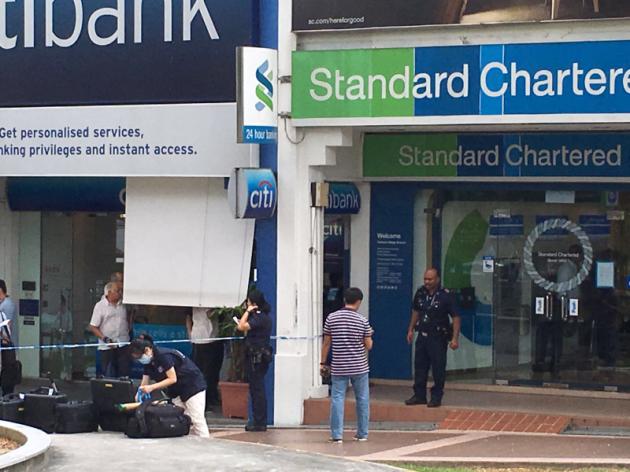 The robbery used such an ingeniously simple method that it made netizen’s jaw drop.

Police has confirmed that a Caucasian male walked into the bank around 11.25am and slipped a note to the teller. Discreetly, the teller handed him the loot, and he just simply walked out.

Since then, a manhunt has been underway for the suspect in a grey hoodie and mustard trousers as captured by the bank’s CCTV footage.

Yes, all it took was a piece of paper!

It was also confirmed that no weapon was used, while the whole robbery only took a few mere minutes. 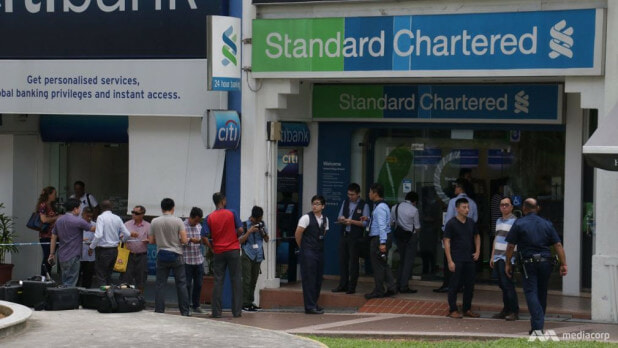 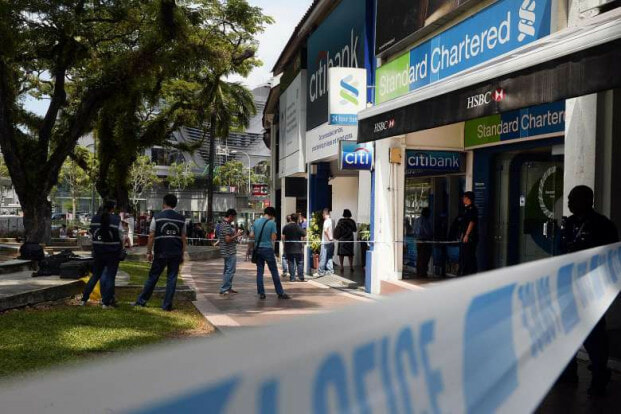 A representative said that whilst the bank did not have any security guards, the outlet did have “in-branch security measures” like CCTV cameras and trained staff for such situations.

She also added that the teller had acted in accordance to the bank’s protocol; “in the best interests of our customers and our colleagues. Everyone was safe.”

A Certis Cisco security guard has been stationed at the bank, but it’s believed to be a temporary measure. Other banks also have informed that security guards were not mandatory.

As a matter of protocol, an unnamed source has informed that bank staffs are stipulated to hand over the money peacefully, prioritizing the lives of customers and staff.

“We always tell staff – don’t attempt to bring attention to the robbery. You don’t want to agitate the robber or antagonise him. What if he pulls out a gun and it turns into a hostage situation? That’s even worse.”

Interviews conducted also show that the incident did not affect the people of Singapore. Daniel Liu, 60, retired says, “Singapore is very safe and has a good reputation.”

“These things don’t usually happen. I think there is no cause for alarm,” commented another retiree, Mr Johnny Shing.