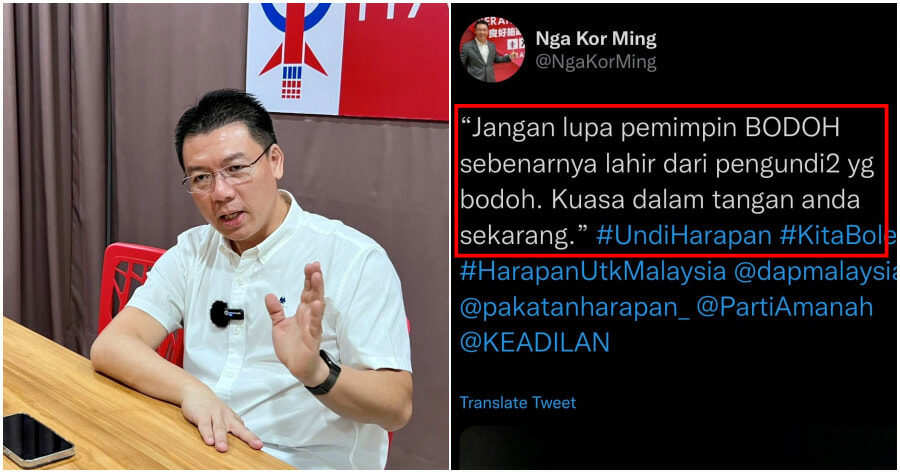 Due to the prevalence of social media and cancel culture, the messaging and communications of public figures and brands are more important than ever. Anything that’s been shared online can never be truly forgotten because so many people would have seen it.

Yesterday, a tweet by DAP politician Nga Kor Ming blew up after Malaysians found it problematic that he called voters stupid for voting for “stupid leaders”. 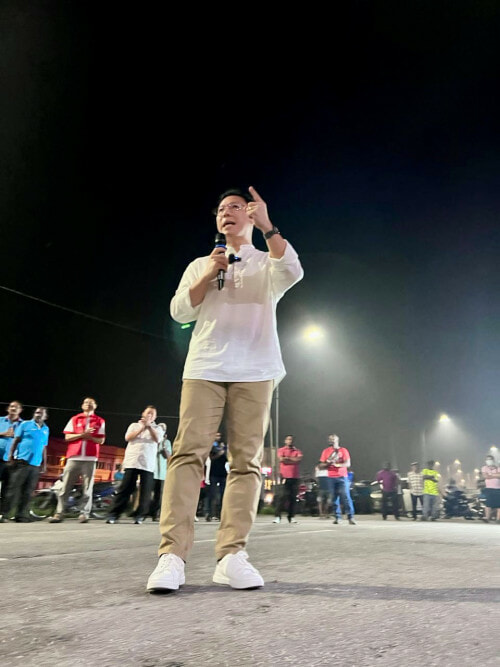 “Don’t forget that stupid leaders are actually born from stupid voters. The power is in your hands now,” the tweet reads.

Although it was clear that the Teluk Intan MP was only urging Malaysians to vote carefully, netizens thought his messaging was all wrong for a few reasons.

Firstly, one netizen pointed out that insulting voters will not help the politician gain votes.

“If a voter doesn’t vote for you, it doesn’t mean they’re stupid. They have a right to choose whoever they want.”

2. It’s not fitting of a leader

Secondly, netizens thought that calling the people you represent “stupid” is not fitting of a good leader.

“Use positive words like ‘A smart voter will choose a people’s representative who is also smart’. Not like what you said, sir.”

“Watch your language! Is this the level of our leaders? If the voters are not as knowledgeable, we must still approach them and try to empathise. Not call them stupid.”

3. It further stigmatises some OKUs

Finally, one netizen also shared how Nga’s statement is bad because it adds to the stigma of voters with actual intellectual disabilities.

They expressed their disappointment in the politician’s words because it seems to be in contrast with the coalition’s move of putting up an OKU candidate for the upcoming general elections. 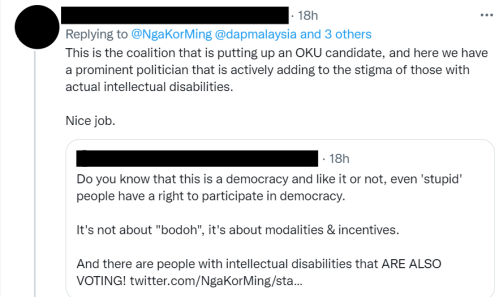 Will Nga listen to the people and reflect on his words?

Also read: “Only happens when election is near” M’sians Divided Over Viral Video Of ‘Humble’ Defence Minister Eating KFC