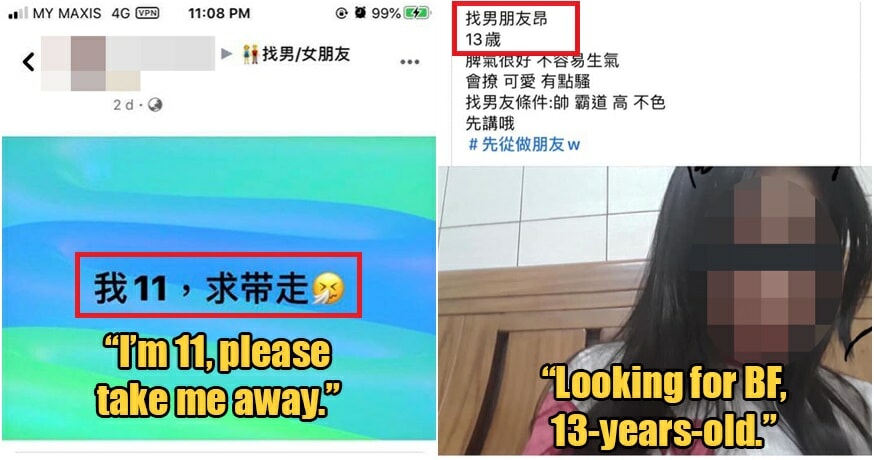 Puppy love is a pretty common phase that many of us have encountered at one point in our early lives. Nascent, young and naive, those who have experienced it will likely remember what it was like. However, with the advent of technology, more and more teenagers are now taking to new ways to find their sweethearts.

Which brings us to the risks that social media inherently poses to these impressionable young minds, many of whom have secretly taken to joining social media apps like Tinder, or most commonly Facebook, with hopes of their first chance at dating someone. And inadvertently, it is through this that many Facebook ‘dating’ groups that these minors will wind up trying their luck on. 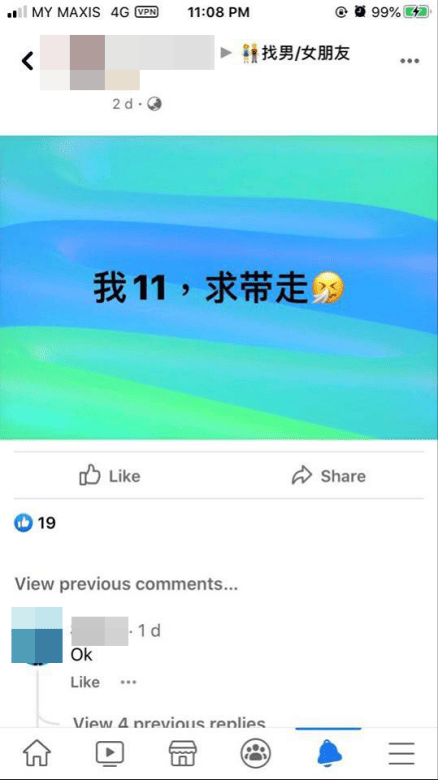 One such Facebook group was found by netizen Phei Chin, who explained that the intention of the group was for their members, who are predominantly comprised of Taiwanese and Malaysians, to find love online. While that isn’t eyebrow-raising for the most part, what is cause for concern is the fact that some of the group’s members are actually underage.

“I saw girls and boys as young as 11 years old posting themselves as if it was Tinder.” Phei said. 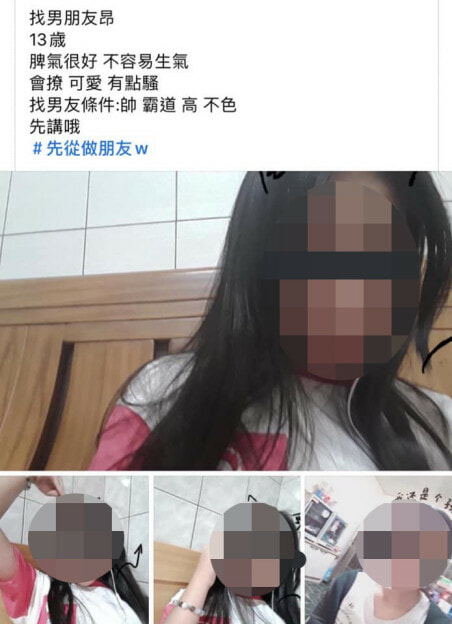 This member is allegedly only 13-years-old.

And while that alone should be concerning enough, it turns out that adult members from the same Facebook group have expressed their interest in these minors. 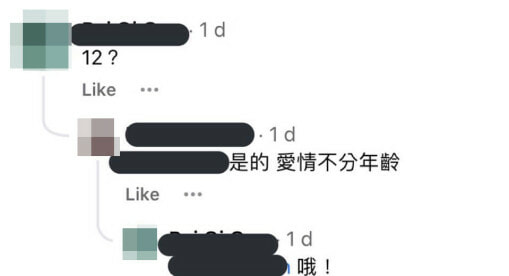 While there is no telling as to whether their intentions are real, the fact that these suggestions are being made to begin with calls upon the likelihood of young, underage teenagers being put at risk of potential pedophilia and cases of sexual grooming and abuse. In speaking to WORLD OF BUZZ, Phei notes that some of these members have come forward to admit that they were only joking around, despite the serious matter at hand which often carries criminal charges. 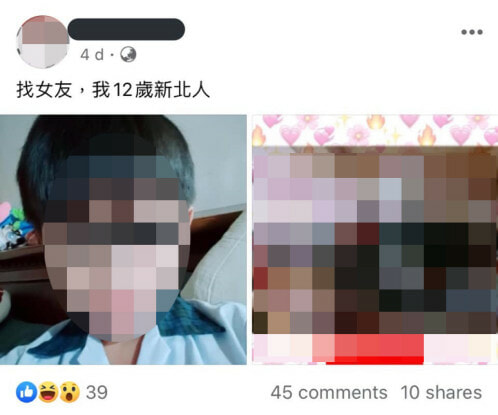 This member is allegedly only 12-years-old.

Any person who, being a person having the care of a child, sexually abuses the child or causes or permits him to be so abused, commits an offence and shall on conviction be liable to a fine not exceeding twenty thousand ringgit or to imprisonment for a term not exceeding ten years or to both.

In addition, Section 376 of the Penal Code states that:

Whoever commits rape on a woman under any of the following circumstances:

shall be punished with imprisonment for a term of not less than *ten years and not more than thirty years and shall also be liable to whipping.

The page remains in operation with its young members potentially vulnerable to the privy of older, adult members. Phei has informed us that she has made a report over the matter to Facebook.

Given the nature of this Facebook group, it is difficult to ascertain just how young teenagers can be protected over social media. If you or anyone you know has witnessed potentially dangerous situations for children and minors online, please be sure to report them to PDRM’s Cyber Security division at https://www.cybersafe.my/cyber999.html, or 1300-88-2999.