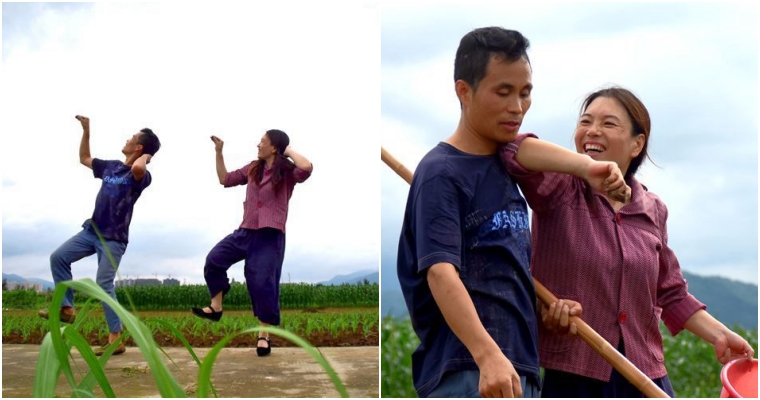 A couple that dances together, stays together!

And this couple’s dancing videos will put a smile on your face. 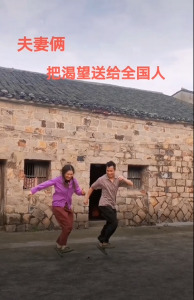 45-year-old Peng Xiao Ying and her 49-year-old husband Fan De Duo are farmers from Rui An, Zhejiang province in China. Recently, they went viral on social media for a shuffle dance that they have created.

The couple uploaded their dance videos on the famous video-sharing social platform DouYin, the Chinese counterpart for Tiktok, while the Covid-19 battle was ongoing in China. Their cute and funny dance steps brought joy and happiness to millions, especially people in China, and have since successfully attracted more than 1.6 million subscribers.

From dancing in front of their farms to dancing in grazings with cows and goats around, many locations in the rural countryside has become their show stage. 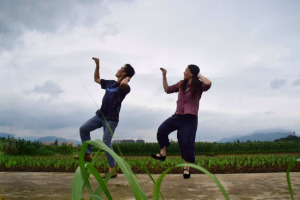 “Whenever we are down, shuffle dancing always helps cheer us up and lighten our mood. It has been such an uplift in our lives,” said Peng, according to Asiaone.

In fact, there is an upsetting story behind their cheerful smiles.

After a severe traffic accident, the husband, Fan became chronically depressed. The depression made him easily nervous and irritated, as well as gave him insomnia. The couple then decided to shut down their business in Yun Nan and returned to Rui An, in the Zhejiang province.

To elevate the husband’s mood, Peng decided to ask him to join her dancing. She used to be a huge fan of square dancing. 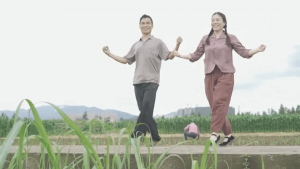 His depression is cured, and he is obsessed with dancing with his wife ever since.

Peng and Fan wish to bring positive energy to the people. She never leaves her husband despite him having depression, as the Chinese saying goes “If you do not abandon me, I will never leave you in life and death.”. Their relationship is admirable to many. 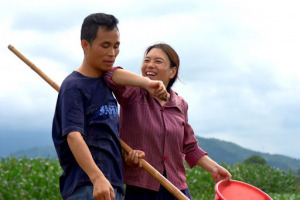 “She is my light and I am her shadow.” Fan expressed his love for Peng.

“No matter how big your teeth are, you have to laugh out loud, that is the attitude towards life.” That is Peng’s profile description on her WeChat account.

We hope this couple will continue to inspire many others and cheer people up with their positive dance spirit.