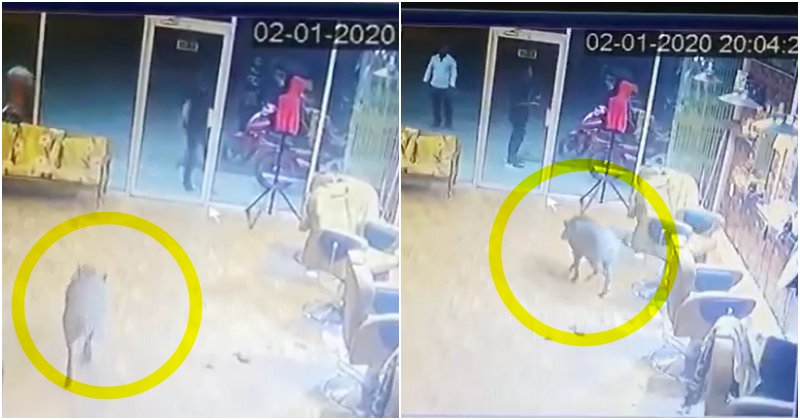 Two patrons of a babi-shop, sorry barbershop, in Bidor, Perak got the shock of their lives, when a wild boar ran into the shop believed to be trying its luck at getting a new haircut.

The incident which was caught on camera saw two gentlemen loitering around the shop, probably waiting for customers, jumping up in surprise when a wild boar simply ran into the shop through the front door.

Realizing the potential danger posed by the wild animal, the two men stepped out of the shop and allowed the wild boar to run amok in the shop.

The video which also includes a play-by-play commentary interlaced with laughter, witnessed the reviewer voicing out his astonishment at the strength of the animal.

After hanging around for about two minutes, the wild boar then decided to leave the premise, by going out the front door and smashing its way through the glass.

The video which has garnered more than 72k views witnessed netizens sharing hilarious comments as to why the animal was there in the first place.

One netizen said, “As CNY is approaching, it is possible that the animal is looking to get a Korean perm to prepare for the handover ceremony.”

Another spoke of how the man who let the boar out should not have stood at the doorway and had to pay for the damages as a result.

“I was horrified to see the boar smash the glass door and seeing the man standing in the way of a raging wild boar. I can’t believe that he has the guts to keep the door open and stand in the way of a wild boar at the same time.”

According to National Parks, wild boars are strong animals, are able to run really fast, and because of their solid build, can pose a serious threat to human beings.

Just look at what it did to the glass door!

It is important to note that no living creature was hurt in the process of making this video. 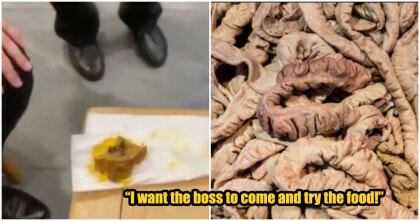