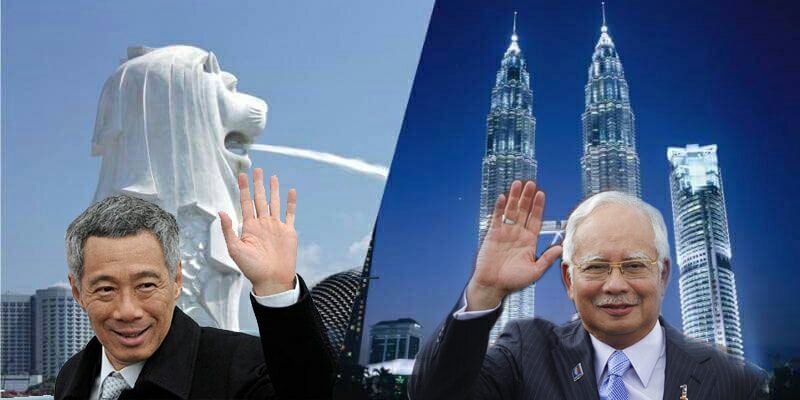 Recently, All Singapore Stuff caught wind of Dave Appleton’s Facebook rant about Singapore’s treatment towards Malaysians and foreign workers. In Dave’s rant, which received a lot of heat, he highlighted how Malaysians who are working in Singapore often get mistreated and classed as ‘low-class’ workers.

This whole anger was first sparked by a show his children were watching on Singapore’s local TV station, Mediacorp. A game show was running and the Caucasian man was exasperated at one of the questions.

“About the final question was “What makes you happy to be Singaporean?” One of them replied “That we are not Malaysian”. The expletive that I am avoiding in this case would refer to the aforementioned person as an arrogant player of the pink trombone.

“Seriously? Singapore that great country whose citizens venture into neighbouring countries and have sex with their cars in order to get more cheap fuel into them? Where Mediacorp “entertainment” is anything but?”

As his anger builds up, he went on to explain about the unfairness of how the Singapore side of the causeway treats vehicles traveling into Johor Bahru.

“After 9.30 p.m. there are two feeds onto the causeway for cars, over the viaduct from the BKE or up the ramp from Woodlands road / Woodland Central. Each of these is funnelled into a specific lane and they are usually manned pretty much equally.”

“Tonight, I joined the queue over the viaduct at about 3.00 a.m. It was SLOW. The sign said HEAVY TRAFFIC INTO JB. I reached passport control at 4.45 a.m. The reason? The channel that the viaduct feeds into had TWO booths open while the other channel had about eight open. There wasn’t really much traffic – it was simply poor load balancing. All kudos to the officer in charge of handling the manning of the booths, he was obviously busy handling his own interests instead. SO I finally get home to loved ones around 5.15. Thanks a lot. (See the cheeky reference I slipped in there?)”

The point Dave wanted to highlight in his post was that the lower-paid Malaysians are part and parcel of Singapore’s economy. Hence, it is unfair to treat Malaysians lousier just because they aren’t working glamorous office jobs like those Singaporeans in offices.

“I find it odd that Middle Eastern countries are criticized for their treatment of foreign workers but everybody keeps mum on Singapore’s attitude.”

“Without the tens of thousands of Malaysians who come in by bike and bus every day the Singapore economy would be screwed. How do they reward these brave people who ride through hot sun and torrential rain to power the Singapore economy? My putting in place such a inefficient system that the jam for bikes can be up to two hours EVERY DAY. Rain or shine. And today it was still jammed at 4.45 p.m. when I left.It is getting worse.”

“Shame on you for this Singapore. I really feel that you can do better. You don’t pay enough for Singaporeans to be able to survive doing these jobs, but you treat the heroes who have a similar enterprising spirit to those who built your country, the construction workers, the domestic helpers, the shipyard hands – you treat them all like dirt, while you sit in a nice air-conditioned office feeling smug.”

Although this rant had made many Singaporeans feel defensive, but there were also islanders who poured their love towards Malaysians.

“Most of us have relatives in Malaysia and yes we regard Malaysians as our closest relative.“

“Singapore isn’t Malaysia – we have taken different paths, face different challenges, and have our own set of flaws. But Malaysia is as close a sibling as we’re ever going to get. Who else in the world understands our food cravings and the unspoken tensions between races while we strive for unity?“ 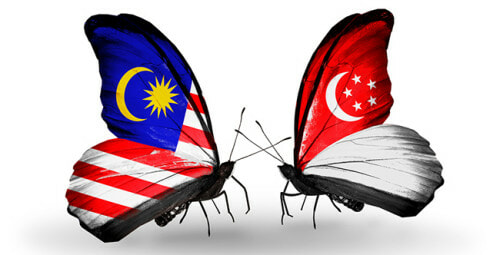 Indeed, just as netizens have mentioned, Singapore and Malaysia are different but we were one nation before. Though now separated into two independent countries, we still share many similarities with each other – our languages, multi-racial citizens, and of course our food.

Let us all set aside our differences and focus on the wonderful relationship we share with each other from history.