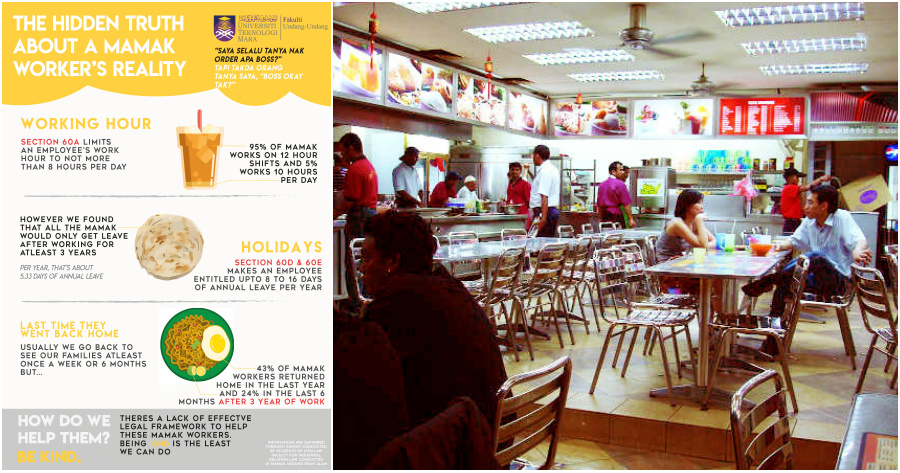 Everyone loves going to mamaks with their friends, but have you ever wondered what the working conditions and rights of the people who serve you are actually like?

A recent study by a group of university students from Universiti Teknologi Mara was shared on Twitter on 28 December, shedding light on the working conditions of mamak workers and the lack of knowledge they have regarding their own rights. 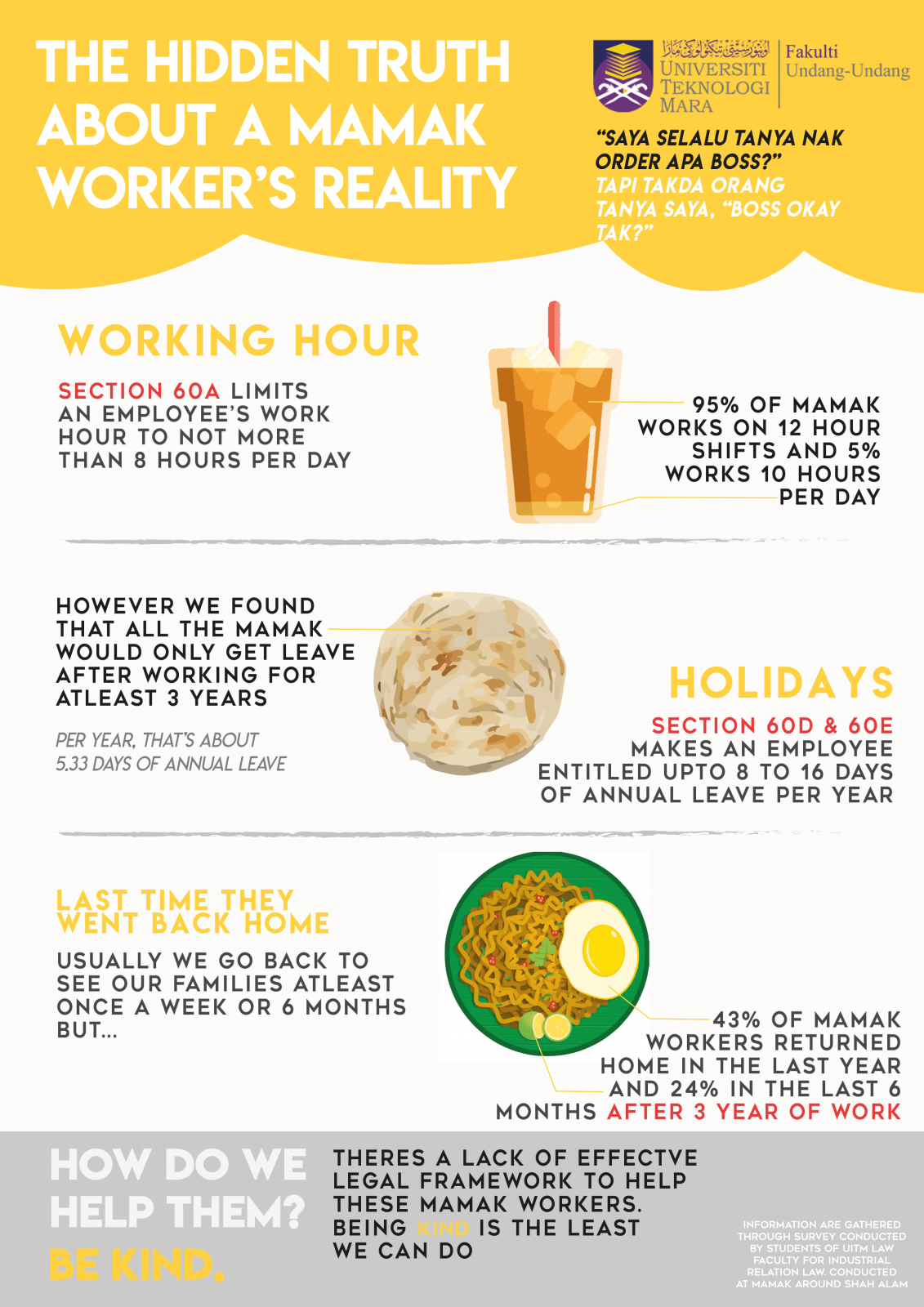 From their study, it was found that despite Malaysian employment laws limiting working hours to 8 hours a day, 95 per cent of mamak workers surveyed worked 12-hour shifts while 5 per cent worked for 10 hours every day.

In their infographic, they also urged all Malaysians to be kind to mamak workers because it’s the least you can do. Due to the lack of an effective legal framework protecting these workers, basic kindness is the bare minimum that they deserve. 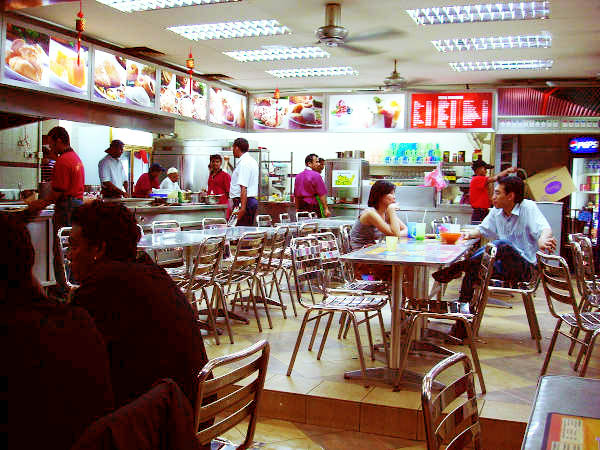 However, Ariff explained that due to their small sample size, these findings don’t necessarily reflect real-world statistics of mamak working conditions.

“It was very difficult to convince them that we weren’t authorities that would get them and the mamak owner in trouble,” he writes in a tweet.

“We even encountered mamaks that outright refused us from questioning their workers. Infer what you will from that.”

Many mamak workers probably don’t even realise that they are being overworked and underpaid, but Ariff empathises with their situation.

Many have risked their livelihoods to come to a foreign country in hopes of providing a better life for their family at home, so the fear of losing the only job they have is probably what’s stopping them from reporting the abuse.

He finished up his Twitter thread by clarifying that not all mamaks are as bad as this study probably made them out to be.

going to find money now? Its a vicious chain these employers have on the mamak worker.

Speaking with WORLD OF BUZZ, Ariff told us that the assignment required them to ‘investigate’ whether workers knew their rights under the Employment Act, with the liberty of choosing who to interview and what groups to focus on.

“We haven’t seen any study or coverage of mamak workers online. So we thought it was an interesting idea to explore,” he explained.

“We frequently go to mamaks, so we thought it would be great to get to know their working conditions.”

And while this is far from a large-scale survey, this study has surely shed some light on the working conditions faced by mamak workers. Hopefully, this can lead to more investigations into the matter in the future!

Also read: Some HR Jobs Could Be Replaced By Robots In 3-5 Years, Says Singapore Study 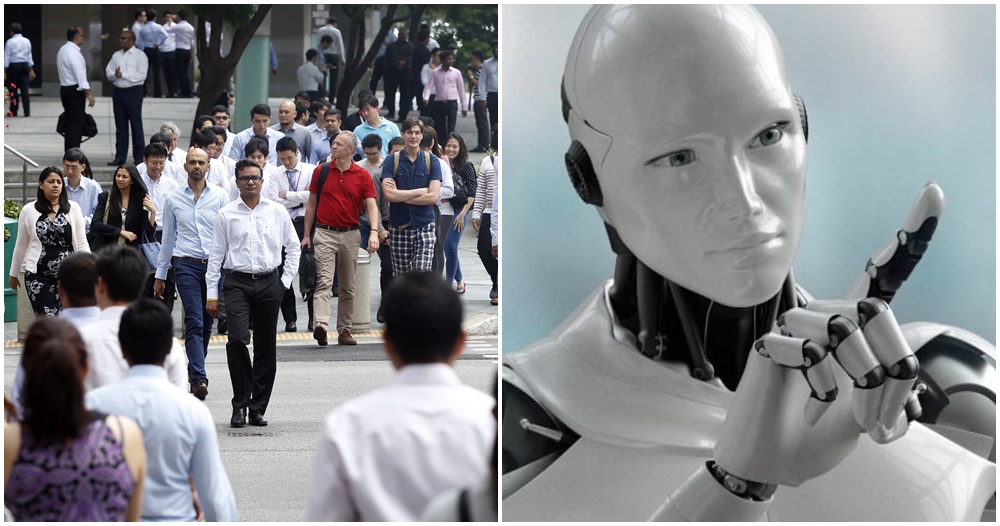