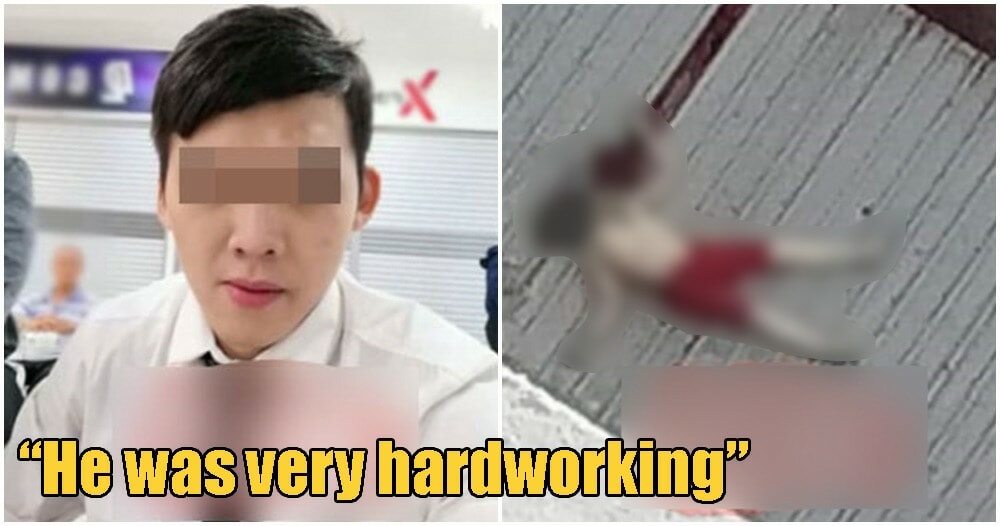 Recently, 32-year-old salesman, Jun, made headlines after jumping to his death from his apartment in Queenstown, Cheras. His death sparked outrage amongst netizens because the deceased was reportedly being paid a monthly salary of RM1,000 in a credit card sales company. 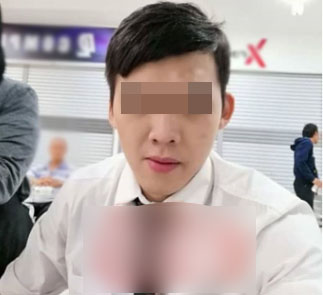 If you haven’t read that story yet, you can do so here.

Many social media users began pinpointing the company, blaming them for the deceased’s severely underpaying salary as his friend said that the suicide victim was struggling to make ends meet with his below-average income.

However, the deceased’s supervisor has just come forward, announcing her shock at his death since he was an “ideal” and “ambitious” subordinate who worked hard and gained favour in the eyes of his superiors. 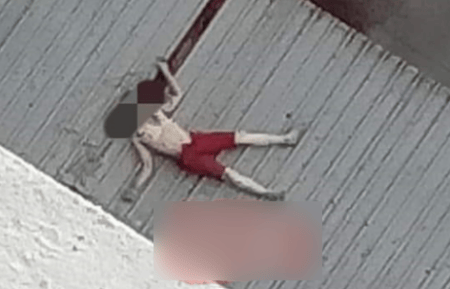 As reported by China Press, the victim’s supervisor who is known as Gong, said in a televised interview that while his basic salary was RM1,400, his total monthly commission brought his monthly income to nearly RM4,000.

“Jun was a very hardworking employee and the company regrets his death. The reason for his suicide should be left for police investigation.”

Gong went on to say that Jun’s monthly rental only cost him RM150 and his petrol expenditure was typically divided among colleagues, ranging from RM150 to RM200 a month. Hence, the salary allocated to him was assumed to be enough to cover his daily living costs.

The statement was made after the credit card company received surmountable backlash from the public who called them out for abusing employee rights. The deceased’s supervisor even said that banks have approached the company to question them on their employee benefits since news of Jun’s suicide broke.

On the day of the tragic suicide, the deceased was found wearing only a pair of red shorts by a security guard after he leaped from his apartment building and landed on the awning of a car park. He died on impact.

If you find yourself in a difficult position in life, always look for help from those around you. Talk to a family member or friend, or reach out to a mental health professional today. 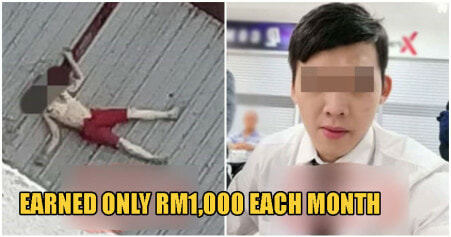