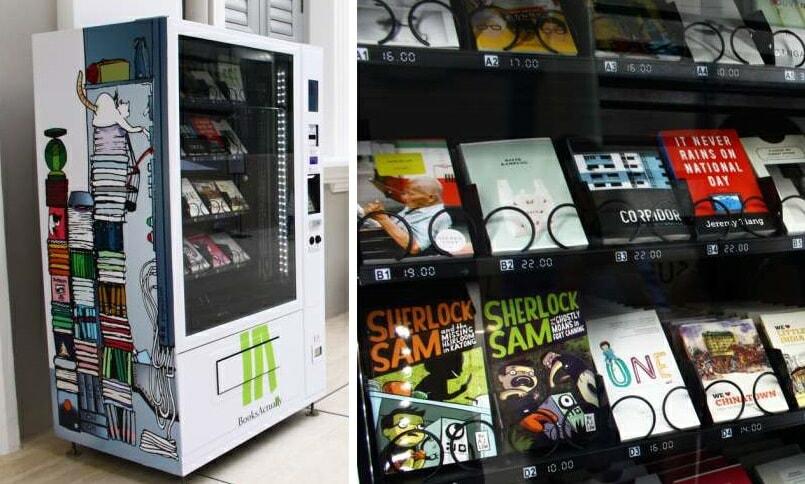 For many of you bookworms who happen to be in Singapore, this is certainly great news. 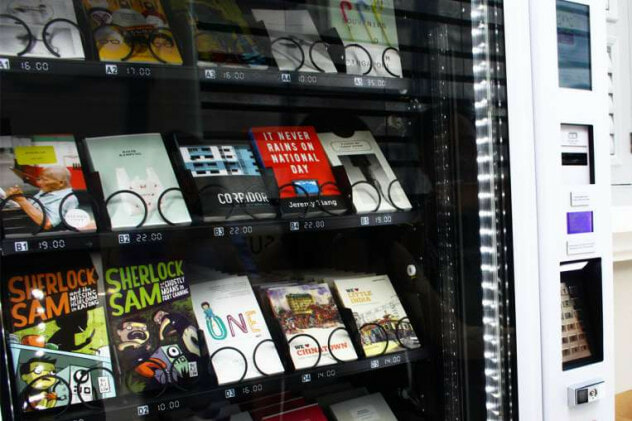 The idea is simple: They are a book vending machine with similar mechanics of a soda or snacks machine; one can now purchase books as conveniently as one purchase soda!

The first three vending machines are stationed at the National Museum of Singapore (NMS), the Singapore Visitor Centre along Orchard Road, and Goodman Arts Centre. 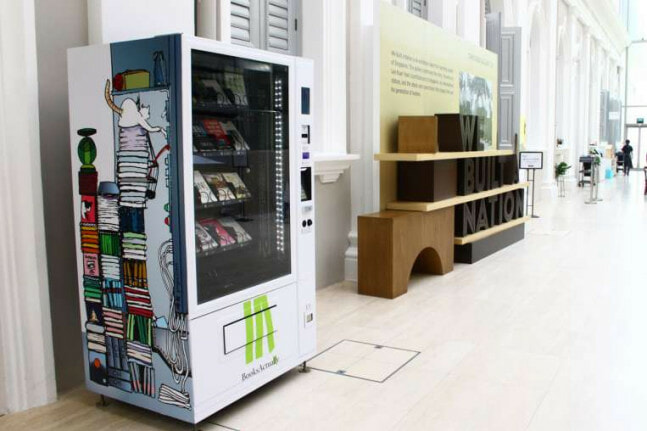 A single machine will be able to hold up to 150 books, which ranges between 20-22 different titles from Singapore publishers.

The machine each cost SGD $9,900 and were funded from a grant by Spring Singapore. The machines also boast features by local artists and illustrators Alvin Mark Tan, Speak Cryptic and Odelia Tang. 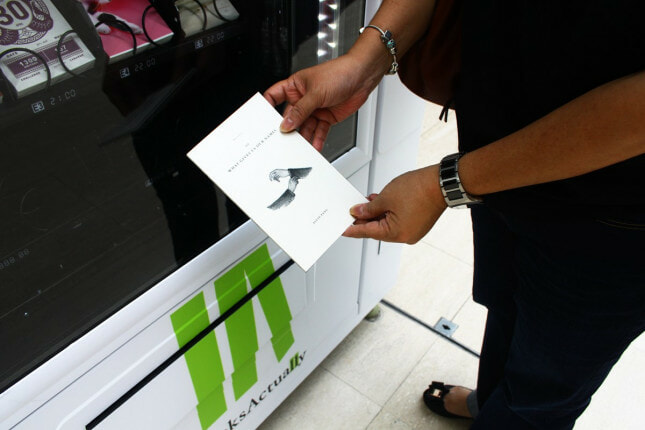 However, books are not the only product you can purchase as the vending machine stationed at Singapore Visitor Centre also dispenses DVDs, such as Tan Pin Pin’s award-winning documentary Singapore Gaga, and CDs by musical acts such as ASPIDISTRAFLY and Charlie Lim.

The founder of BooksActually, Kenny Leck comments that these book vending machines aren’t the first in the world. And while the machines are not necessarily a big money maker, Leck sees it as a new way to disseminate books, and an opportunity to promote local literature.

“There are not enough bookstores in Singapore, so we’ve previously also distributed (our books) to places such as (retail stores) Cat Socrates and Naiise’s pop-up stores. You have a different sort of demographic in these places.”

“These vending machines could be a visual touchpoint. You may not buy (a book) but we’ll let you know these exist. And from there, there could be more possibilities. We start with visual awareness: Books where you see a local author’s name.”