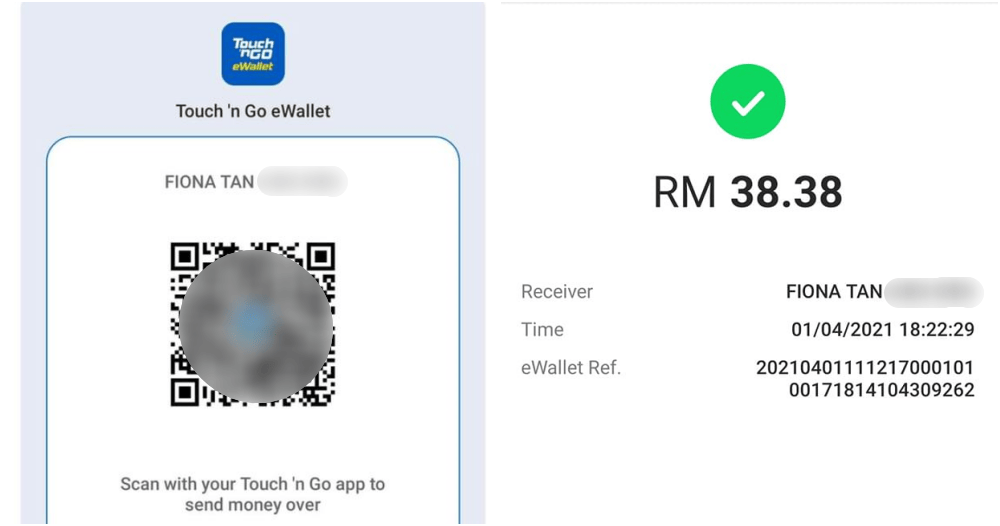 Birthdays are special occasions and although some view it as “just another ordinary day”, many love the idea of throwing a party, spending time with friends and receiving gifts. It is the only day where one can celebrate their existence!

However, 21-year-old Facebook user, Fiona Tan Jing Wen, could not go out to celebrate her birthday with her friends. She decided to take to her Facebook and hope that her Facebook friends would make her day!

She wrote in her post, “Today is my 21st birthday, but I didn’t go out for any celebration. I was hoping everyone would fulfill my wish. Any amount will do, I just wanted to see if there is anyone who is willing to transfer some money to me, to make me happy. Hahaha!”

Along with the post, she attached a picture of her Touch ‘n Go eWallet QR code. 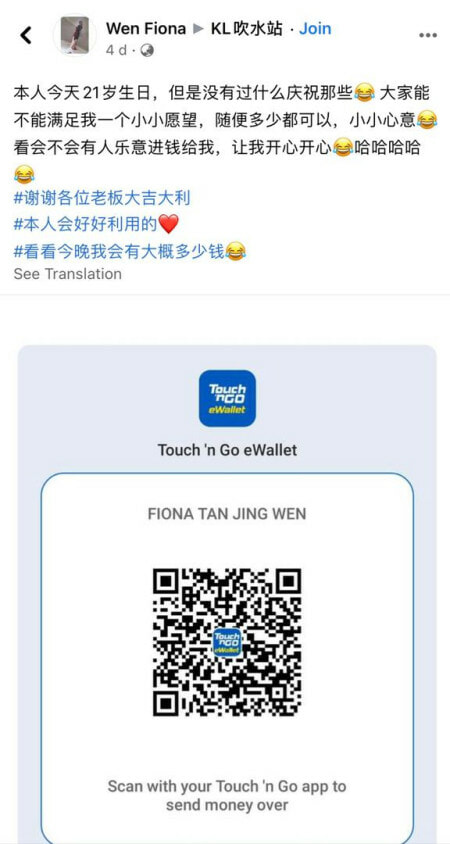 However, Fiona truly did underestimate the power of the internet!

Many netizens ended up transferring her money using her QR code as a ‘birthday gift’!

Some transferred as little as RM0.05 to her and the largest amount she received from a total stranger was over RM30!

Fiona added that she also received RM100 from some of her friends that she personally knew.

Speaking to WORLD OF BUZZ, Fiona said she was very surprised!

She said she does not know any of these netizens personally as all of them were random strangers. She had no idea that there would be so many of them out there who were willing to give her some ‘angpow’.

“I was also very surprised! But, yeah, a very happy moment for me!” she told WORLD OF BUZZ.

She added that she ended up donating a portion of the money to an orphanage home. Good on you, girl!

Maybe this could be something we all should do on our birthdays! It might actually work! What are your thoughts on this story? Let us know in the comment section below!

Also Read: “Now how are we supposed to help?” Netizen Seeks For Owner Of Lost IC But Censors ALL Details 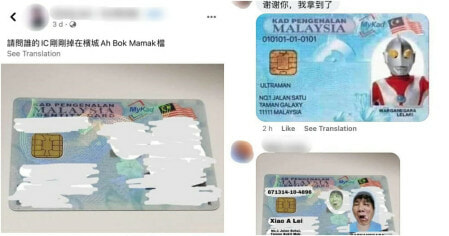